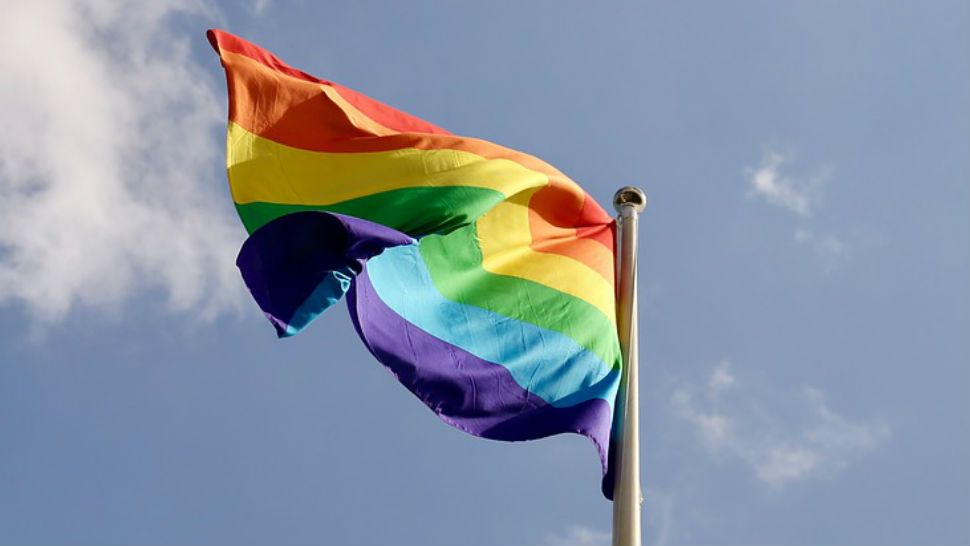 A Look at Mental Health for the LGBTQ+ Community Amid Protests, Coronavirus Pandemic

Fifty-one years and eight days ago, during the early morning hours of June 28, 1969, New York City Police swooped down on the Stonewall Inn for what was a routine and brutal raid on LGBTQ+ establishments.

Unlike previous raids, patrons of the mob-operated bring-your-own-beverage bar were not tipped off, and police arrested 13 people for bottle-legged alcohol and violating the New York state’s gender-appropriate clothing statute.

Frustrated and vexed, Stonewall Inn patrons did not disperse; they watched an officer hit Stormé DeLarverie, a biracial butch lesbian, over the head as he forced her to enter a van.

Who threw the first punch, the first brick, or first red high heel that incited the six days of rioting against police brutality that were a tipping point for LGBTQ+ rights in America continues to be hotly contested — with many crediting Marsh P. Johnson, a Black trans-woman — the P stands for “Pay It No Mind.”

In 1970, the nation celebrated its first Pride March paying homage to the historic moment against police brutality while connecting members of the LGBTQ+ community to resources and to each other.

Fifty years later, in the midst of the global COVID-19 pandemic and month-long Black Lives Matter protests sparked by the death of George Floyd during an arrest by Minneapolis Police, those marches, those parties, have at least in the physical sense been canceled.

Many of those resources the LGBTQ+ community could connect to at Pride events — including mental health services — were transferred online.

The Pride Center of Western New York, like many Pride Centers, adapted to those changes to better serve the people who are hit harder by consequences of the necessary stay-at-home regulations, Damian Mordecai, Pride Center of WNY executive director, said.

“We are seeing an increase in substance use across the board, the rates of which people are calling suicide hotlines has gone up,” Mordecai said.

Translife Line, the first hotline in Canada and the U.S. dedicated to help trans people, have seen calls to their hotline about suicide ideation and COVID increase 89 percent since the start of the pandemic, calls about lack of community support are up 81 percent, and calls about family rejection are up 47 percent as the pandemic continues. 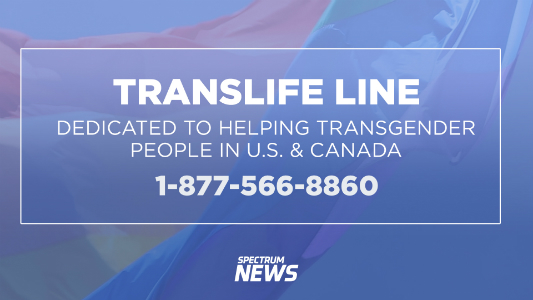 While this Pride Month saw the Supreme Court case, Bostock v. Clayton County, Georgia passed in favor of protecting the LGBTQ+ community from discrimination in the workplace, in the same month the LGBTQ+ community grapples with the killing of two trans women of color and the rollback on protections in health care and health insurance.

On the fourth anniversary of the Pulse Nightclub massacre, the Trump administration finalized a rule that removes nondiscrimination protection for the LGBTQ+ community in health care and in insurance.

Those protections stemming from the Obama administration under the Affordable Care Act helped protect trans and gender non-conforming members of the LGBTQ+ community in the health care system.

“To add insult to injury, the administration finalized this rule on the anniversary of the Pulse shooting, where a gunman killed 49 people in an LGBTQ nightclub,” said Alphonso David, the Human Rights Campaign (HRC) president.

HRC announced on June 12 that it plans to sue the Trump administration for these rollbacks.

In 2020, at least 18 trans-people were killed — and in June, four Black trans women were killed. Last year, 27 trans people were killed, many trans Black women, according to the Violence Against the Transgender and Gender Non-Conforming Community in 2020 report in by HRC.

The COVID-19 pandemic also sideline many surgeries for trans-people, and isolated children who were not out to their parents, Kimberly Girdlestone, a registered licensed clinical social worker and therapist who specializes in gender and sexuality in Buffalo, said.

“We’re hearing from kids — LGBTQ students — who are really struggling if they’re not out to their parents and not being able to join those virtual like meetings,” Mordecai said.

Before the pandemic, 71 percent of LGBTQ+ youth reported feeling sad or hopeless for at least two weeks in the last year and 39 percent of LGBTQ youth seriously contemplated suicide, according to the 2019 The Trevor Project on LGBTQ Youth Mental Health report.

“I have a child who is non-binary and I also identify as a lesbian female, cis-gender woman, so it is a passion of mine to provide care for my people,” Girdlestone said. “I’ve been working with LGBTQ folks purposefully, specifically, passionately for about six years.”

It wasn’t until 1973 that the American Psychiatric Association, the largest psychiatric organization in the work, issued a resolution that homosexuality was not a mental illness.

But, there are services and organizations that specialize in LGBTQ+ mental health. The Trevor Project, a nonprofit that focuses on suicide prevention for LGBTQ+ youth, offers extensive support. 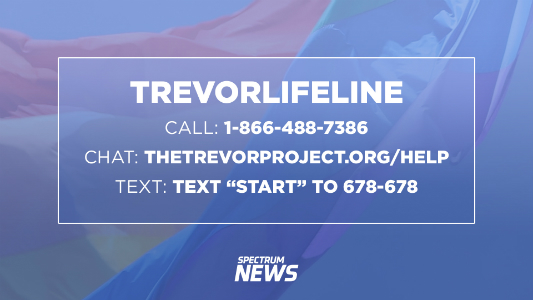 “Finding longer-term mental health support is more of a challenge for LGBTQ people living in the U.S.,” Pachankis said. “At the same time, there are over 250 LGBT centers across the U.S. in urban areas and less urban areas that have, historically, made part of their mission to provide health services and mental health services that distinctly address the needs of the LGBTQ population.”

The Pride Center of WNY maintains a list of LGBTQ+ friendly mental health sites on their website, including Girdlestone, who is taking new patients. During the Facebook Live interview below at minute 12:10, she also mentions two other licensed clinical social workers who are LGBTQ+ allies.

LGBTQ+ seniors are at a greater risk for COVID-19 due to underlying health conditions, discrimination and more, according to a HRC report.

“We know that LGBTQ seniors are impacted by [and] suffer from social isolation already, which is why we have some of the groups we have,” Mordecai said. “We were concerned that they wouldn’t not only have access to those kinds of events but what if they don’t have access to that kind of technology to connect with.”

The Pride Center of WNY plans to launch a new program called Snow Buddies to combat that social isolation.

It helps connect older LGBTQ+ members with younger people who will help with shoveling snow and other tasks around the home.

“A lot of our folks are really struggling right now; they’re struggling to find accessible mental health resources. A lot of people don’t have the money to pay for counseling,” Mordecai said. “If there are resources that people know of that aren’t listed on our site, if you are someone who is a mental health provider and you’d like to be listed — reach out to us.”

Substance use tends to be high in the LGBTQ+ community. LGBTQ+ people have a greater likelihood of experiencing a substance use disorder (SUD) than non-LGBTQ+ people and they often enter treatment with more severe SUDS, according to the National Institute for Drug Abuse.

LGBTQ+ people are also at an increased risk for HIV due to both drug use and risky sexual practices, but addiction treatment is associated with not only a reduction in drug use but also less risky sexual behavior, according to a 2014 study on harm-reduction.

In Western New York, Evergreen Health, which also hosts Buffalo Pride Week and is an affiliate of the Pride Center of WNY, operates the region’s only syringe exchange program.

The syringe exchange is a part of Evergreen Health’s harm reduction model, a treatment approach and philosophy that provides tools to help minimize harm as a result of drug use.

Included in that practice is also access to naloxone (the reversal drug for overdoses), medication assisted treatment, counseling, fentanyl test strips, and more.

Emma Fabian, the associate vice president for Evergreen Health’s Harm Reduction program, encourages those who use drugs to have a supply of naloxone on hand, start with a smaller amount of their preferred substance than normal, use a fentanyl test strip on your supply, and consider calling a helpline like Never Use Alone at 1-800-484-3731.

Buffalo Pride Week will be August 17-23 this year, and due to the COVID-19 pandemic, won’t include the festival or parade. For updates on the event, visit their website.

“The festival we’ve always known, the parade — that’s always been just one way of showing Pride, Pride is shown in many different ways,” Mordecai said.