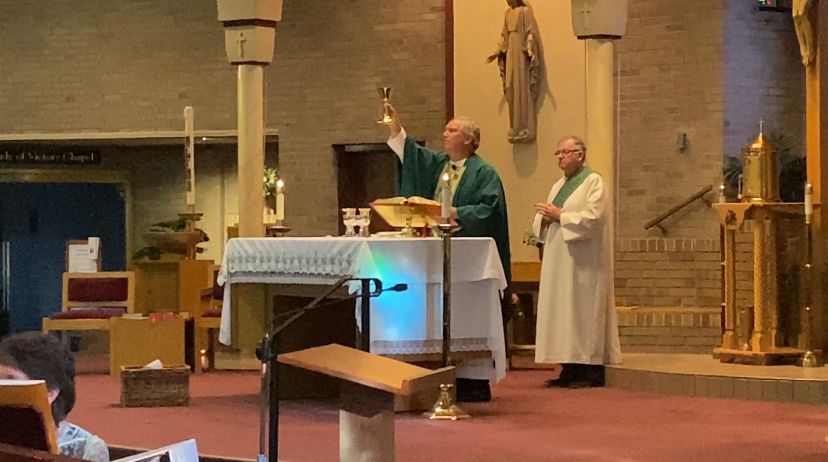 Todd Remick, 56, was ordained in the Catholic Diocese of Buffalo in 2006.

He was recently reassigned from Mayville and Bemus Point, and is now celebrating mass at a number of parishes in the Jamestown area under the Diocese Road to Renewal, which aims to group parish families geographically so they can consolidate programs, as well as share resources and priests.

That's because there aren't enough of them as the Diocese has seen a sharp, steady decline in the number of priests for decades.

"I would say it's sad because, I think there are more guys that are getting a calling. They just might not be acting on it," said Father Todd.

Father Bryan is pastor of St. Mary in East Amherst and is spearheading the renewal effort, part of which is based on the reality of fewer priests.

He says the Diocese has accelerated the start of the renewal to this November based on a lack of staffing.

"The decline in vocations tells us that we have to change the way in which we look at ministering if we're going to meet the needs of our people with the number of clergy that are available," said Father Bryan.

Father Bryan cites a number of reasons for the shortage including a difficulty in trying to attract younger men and offering them a healthy, happy and holy lifestyle. That, plus the clergy abuse scandal and the Diocese's on-going bankruptcy case, could also deter someone from entering the priesthood.

"You'd hope that they look at the broader picture, that all the good priests that are out there, those who've continued to minister, through thick and thin, good times, and bad," said Father Bryan.

"I think there are probably men that are thinking you know, ‘do I want to get involved in something like this at this point in the church history,’ " said Father Todd.

Both Father Todd and Father Bryan say they remain hopeful the ongoing outreach will help reverse the trend of the past and generate hope for the future.

"When people start looking at what matters in life, the church is going to be there and they'll be like this makes sense to me. I think I want to work for this organization, because I feel God calling me to it. I have hope for that," said Father Bryan.

"Like the pandemic, I think people are ready to move on," said Father Todd.

And perhaps head toward a higher calling.

The Diocese of Buffalo is not the only diocese dealing with bankruptcy, so is Rochester and Syracuse.

If you, or someone you know, may be thinking about entering the priesthood, just log on to your respective Diocese website and search ‘Vocation.’