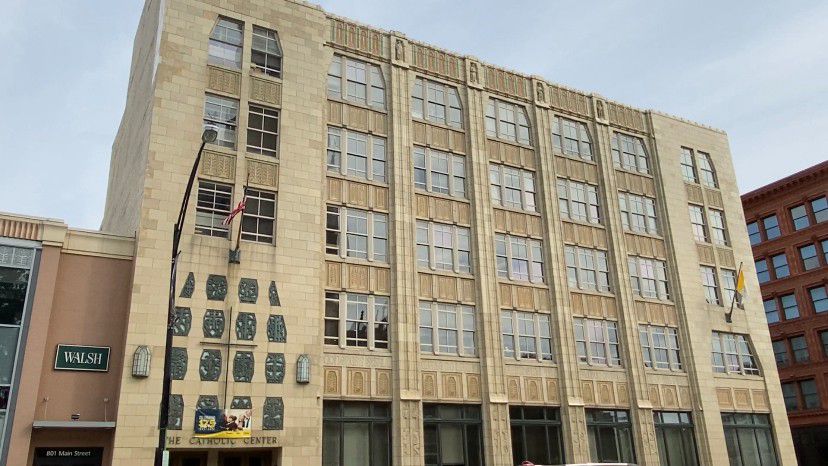 At 8 a.m. on any given Sunday, inside Saint James Catholic Church in Jamestown, Father Todd Remick is celebrating mass.

Lately, the mass has included an update on the Diocese of Buffalo's Road to Renewal Program, the foundation of which is a spiritual renewal.

It also looks to refocus church priorities and build stronger parishes, in part by assigning priests to groups of church families.

After mass, Father Todd is literally on that road, to Sacred Heart in nearby Lakewood.

"It is more on the go to different parishes, that's for sure. All the parishes have different strengths and different weaknesses. If we can work together more, pool our resources. I think it'll makes us stronger as a church." said Father Todd, Diocese of Buffalo parish administrator.

"This is the way of the future," said Father Bryan Zielenieski, Diocese of Buffalo renewal and development vicar.

Father Bryan, pastor of St. Mary in East Amherst, is spearheading the effort and says the Diocese began working on the renewal in 2019, and has accelerated the first phase to rollout this November.

Parishioners will work in groups to collaborate on services and programs that'll bring their parishes into the 21st century, reach young adults, and overcome a priest shortage. There are no plans to close any of the Diocese 161 parishes.

"We're all on the same team. We need to make sure that in today's day and age, that the Catholic Church is present, that it's relevant and it's responding to the people and the needs of the time." said Father Bryan.

Then, it was back on the road to Saint John's in Jamestown, where Father Todd talked about the program's challenges.

"Driving from parish to parish and, you know, not maybe, not being with same people maybe every weekend because you may be assigned to do different parishes on a different weekend," said Father Todd.

At Saint John, he did not officiate mass there either, but instead met with families registering for religion classes, before heading out to Holy Apostles Parish.

Part of the renewal also addresses ways to combat the extra stress placed on priests.

"We each are doing masses and stuff like that. But hopefully we'll try to be working together and we can avoid that burnout," said Father Todd.

Father Todd did celebrate mass at Holy Apostles, part of the Southern Tier churches in phase two of the renewal. That phase begins in May.

"And maybe bring some of our people back, I hope," said Father Todd.

When each of these parish families are identified, members will work together to come up with a name for the group that best represents the geographical makeup of their churches.