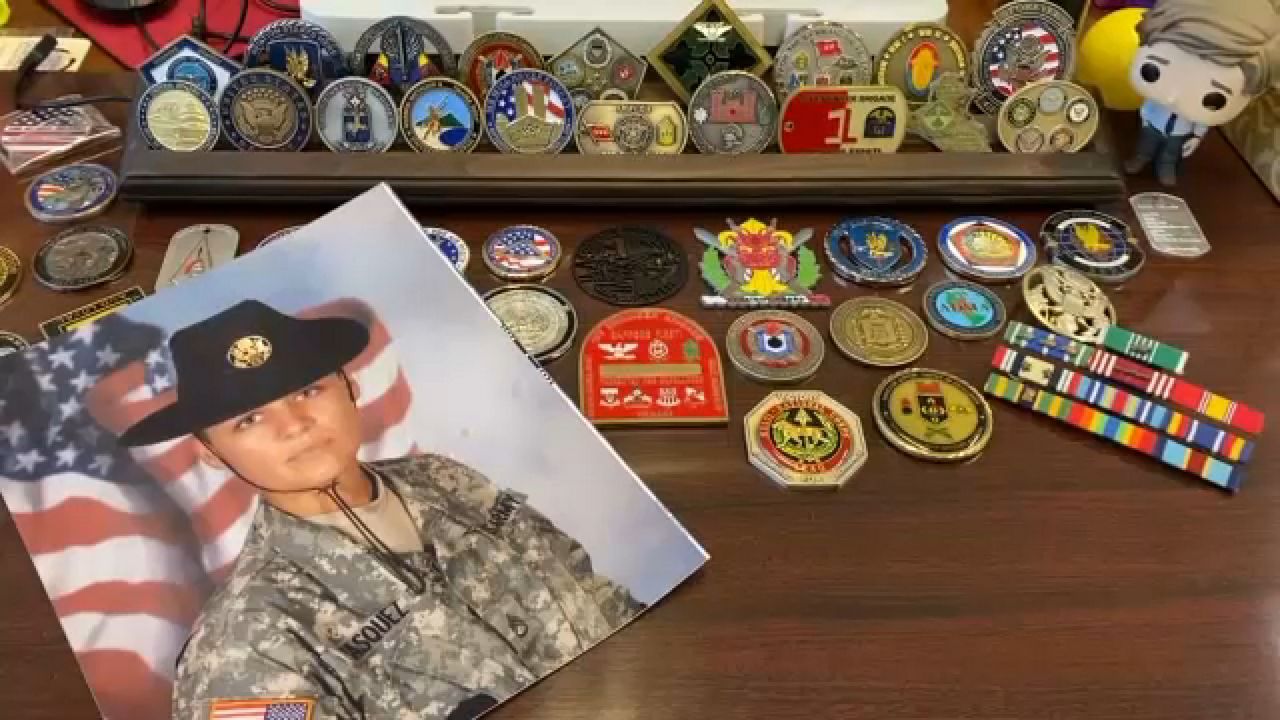 Alyssa Vasquez wanted to serve. That’s why she joined the Army in 2003. She spent more than 13 years in the military, including deployments to Iraq and Afghanistan.

“Overall, I’m very happy with the time that I served in the military,” Vasquez said. “I would’ve continued on until 20 or 30 years until I retired if it wasn’t for the fact that I need to focus more time on my family.”

When she left the Army, she found the return to civilian life had its share of ups and downs.

“For me it was good in the beginning because I was so ready to prove that I could do it and I could be success,” Vasquez said. “And I would honestly say that I hit a wall within about two or three months, working in a completely different environment.”

She went through a few different jobs before she landed at the Veterans One-Stop Center, where she first became a case worker, assisting other veterans with their transitions. Boots on ground, taking care of soldiers and other veterans.

They offer connections to a variety of services including housing, employment, mental health and peer support.

“To see the difference in how veterans are treated today and to know that I can be a small part of it, it’s incredibly rewarding and if I could choose any job on this planet I would choose exactly what I’m doing right now,” she said.

Alyssa is now the director of community integration, working to grow the programming the organization provides.

“Very important that veterans connect with other veterans just because there is not only that share experience of serving, but lets them know that you’re not along,” she said.

Helping others, at the same time, helping herself.

“Knowing that you’re working alongside a crew that really wants the best for our veterans and our nation’s heroes, every day you come to work excited about what else we can do and what’s the next big thing for the organization,” she said.