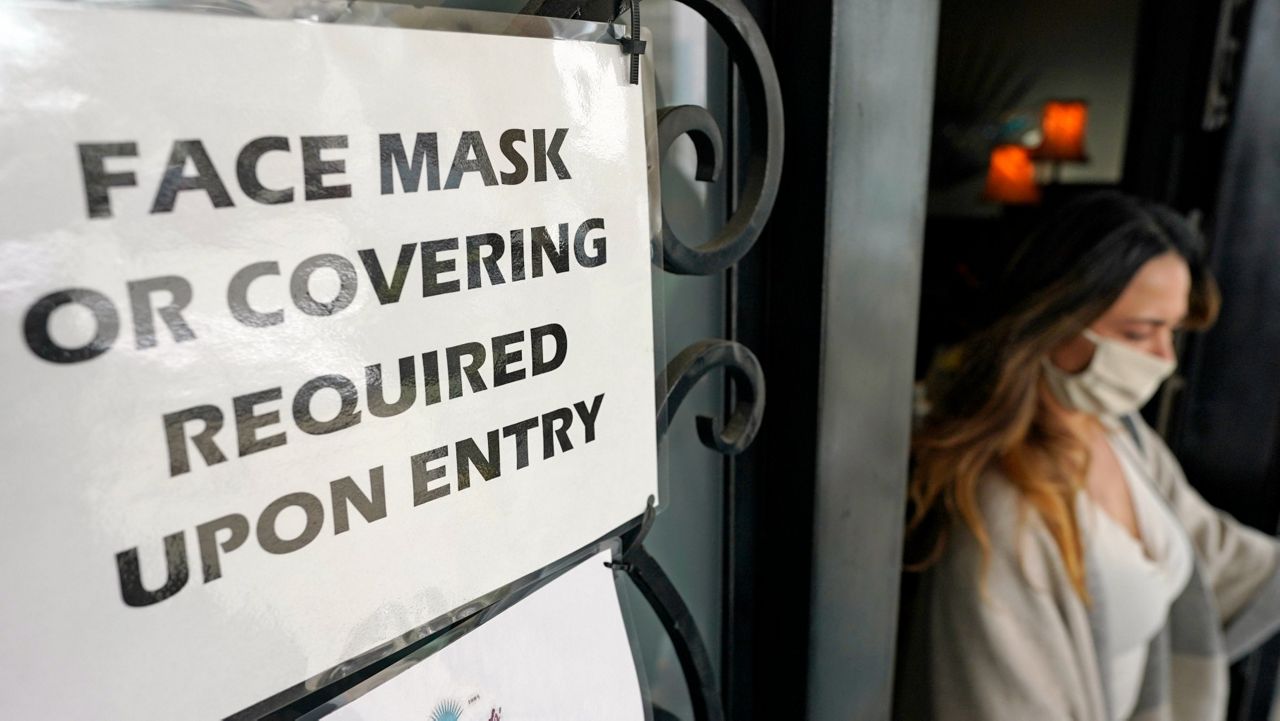 A number of businesses in Western New York are planning on taking legal action against Erie County over the recently imposed mask mandate, according to local law firm HoganWillig.

The mask mandate calls for masks to be worn in all public locations by anyone 2 years or older who can medically tolerate a face covering, as well as staff of establishments who interact with the public.

According to Corey Hogan of HoganWillig, no lawsuit has been officially filed as of yet, though he says it will involve 200-300 businesses in Erie County, who say they feel blindsided with no notice of the mask mandate and are tired of seeing customers leave to go to other counties.

"The number one concern that has been asked by all of our clients is, ‘why us?’ said Hogan. “In other words, what evidence exists to allow them to impose these requirements on our industries?"

Hogan says that his clients say it feels like last year all over again.

"We also look at the death rates and hospitalizations rates to figure out why is the county executive going after our clients,” Hogan said. “The deaths throughout the state as well as Erie County in particular have been level. They have been the same, actually less than last year."

Hogan adds that most of these concerned business owners have great ventilation.

Hogan says that legal action will be taken against Erie County by next week at the latest.

The mask mandate is the first phase of the plan to combat the virus in the county. Phase two would be a vaccine mandate for indoor dining, bars and entertainment venues. Phase three includes capacity restrictions for all public locations, and phase four would be a total shutdown of the county.