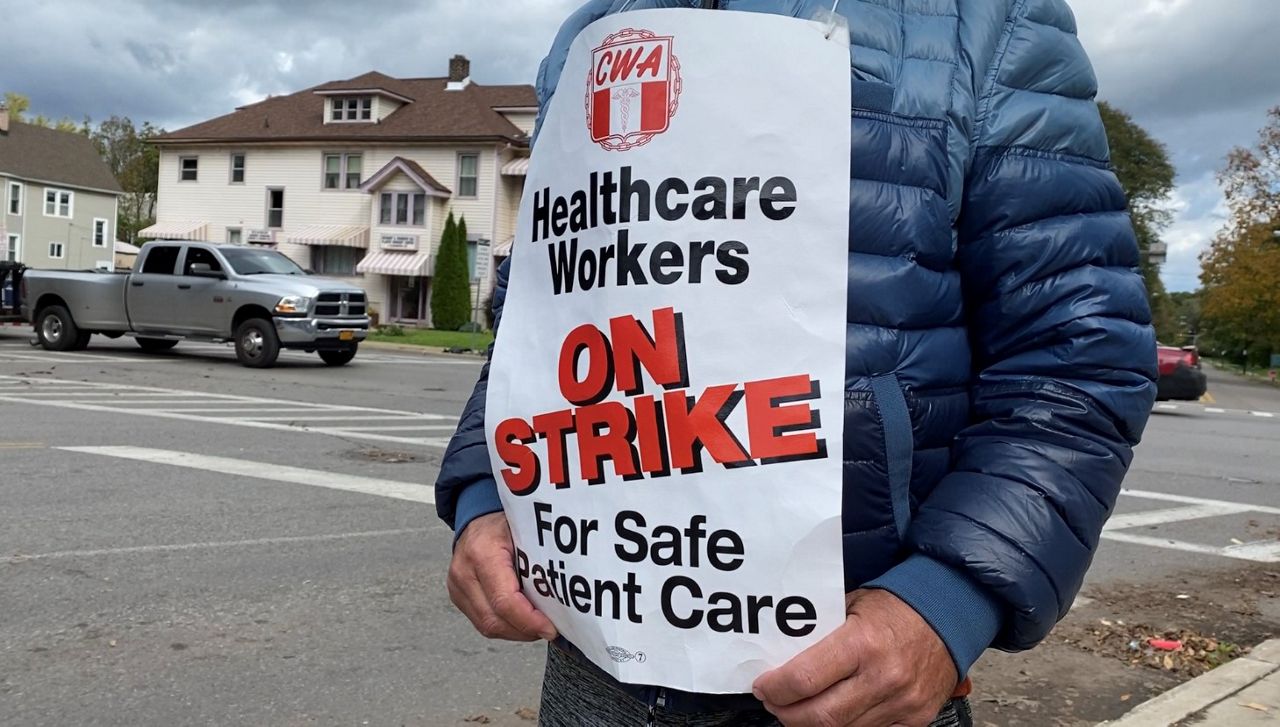 As strikers at Mercy Hospital officially passed the 15-day threshold on the picket line, they will begin to see some financial relief, as CWA has begun issuing $300 weekly payments to the hospital employees, in addition to a defense fund that can help with mortgages and car payments if needed.

“It provides a little bit of relief, and then once the unemployment starts, that’ll kick in, that’ll be a little bit more, and CWA helps us any way they can,” said Kathy Kelly, a registered nurse of 38 years at Mercy Hospital of Buffalo.


As the strike progresses, so are tensions between union employees and temporary workers. In response to claims from Catholic Health regarding activity on the picket line, some CWA members admit to blocking vehicles of their replacements from entering.

“It just lets the hospital know [our frustrations], and it also gets the replacement workers a little bit upset because it takes them longer to go home for bed; it’s just disruptive of their day,” Kelly said.

Kelly also said police regulating the strikes only allow entrances to be blocked for a maximum of two minutes, and patient care is not compromised as a result. The inconvenience, strikers say, is minor compared to what they are experiencing.

“They’re not making it easy on us because they’re there, we’re out here even longer," Kelly said. "They’re in there doing our jobs. It’s just not right.”

A tribute to hospital workers across the street from the main entrance shows the toll taken on nurses during the COVID-19 pandemic, but as many insist, it is a labor of love — which is why negotiations with Catholic Health are critical.

“I’m hoping we can get a contract and get back to what we like to do, what we love to do, actually," Kelly said. "I wouldn’t be doing nursing if I didn’t like it for 38 years."