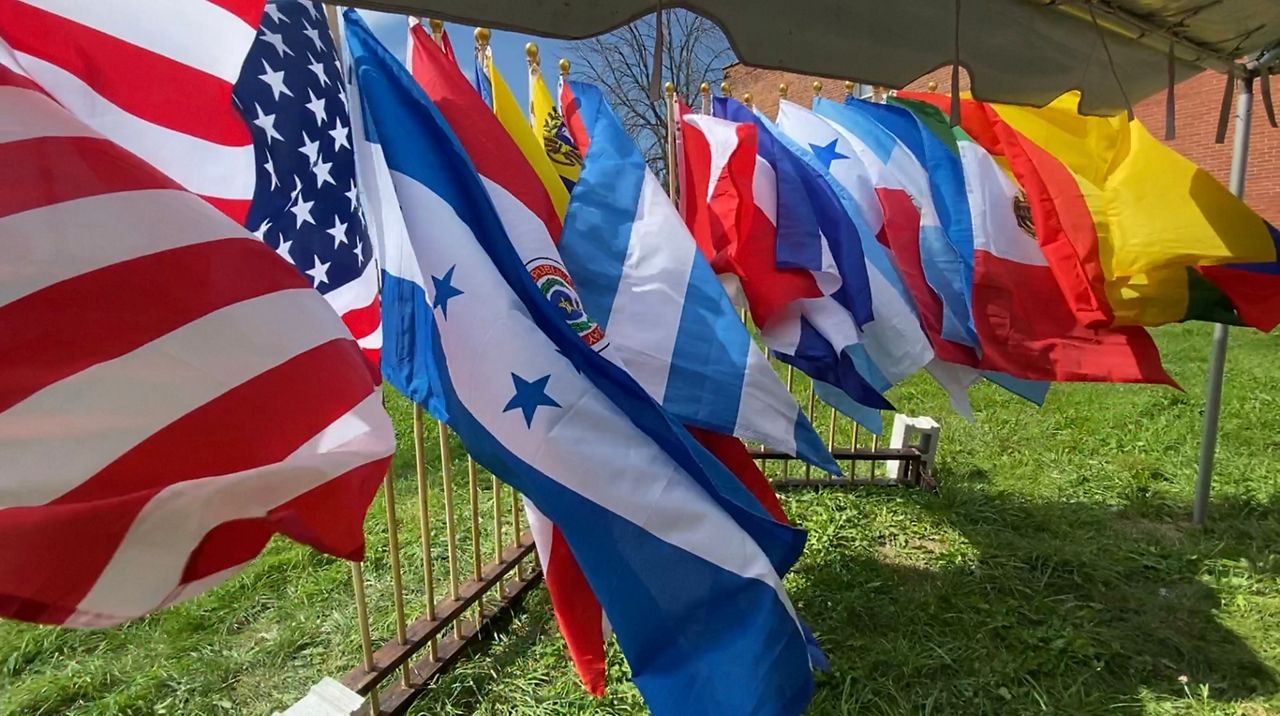 BUFFALO, N.Y. — A project on Buffalo’s West Side that celebrates the Hispanic community is one step closer to being fully funded.

The Hispanic Heritage Cultural Institute is years in the making and now a state grant is helping push the project forward.

For Casimiro Rodriguez, a child of Puerto Rican immigrants who came here in the 1950s, Buffalo’s Niagara Street is full of familiar faces from both the present and the past.

“These folks have made significant contributions back then," he said, pointing out banners hung from street lights. "What better way to recognize them than to have a banner in their honor.”

It’s a trip through history.

“Hispanics has been part of the fabric, part of the landscape of Western New York, since the late 1800s,” said Rodriguez.

The flags of their nations are flown proudly, representing a vital part of the community that’s only getting bigger.

There's close to 45,000 people of Hispanic descent in Buffalo alone and soon there will be a space that celebrates how that community was started, how it was built, and how it’ll be sustained: the Hispanic Heritage Cultural Institute.

“The anchor of the institute is right here in the corner of Niagara and Hudson,” pointed out Rodriguez.

The $10 million project has hit some bumps in the road.

“When the pandemic hit it pretty much slowed our project,” said Rodriguez. "We had to pretty much concentrate on response for the community."

But Tuesday, thanks to a $3.8 million grant from the state Assembly, funding just hit the halfway point.

“I have a 3-year-old, and my wife and I were raising her here on the West Side," said Assemblyman Jon Rodriguez. "I can't wait to be able to show her this space so she can see the history of not just our family but of our community here in Western New York.”

The goal of opening next year was pushed back to 2024. The folks behind the project continue working hard to get it done.

“In America, many ethnic groups they lose their heritage because the language, the food, they live here, you know," said Rodriguez. "We want to be able to maintain that for our children. So they may be able to appreciate their roots.”

Mayor Byron Brown, who was at the ceremony Tuesday, said a contribution from the City of Buffalo would also soon be on its way.