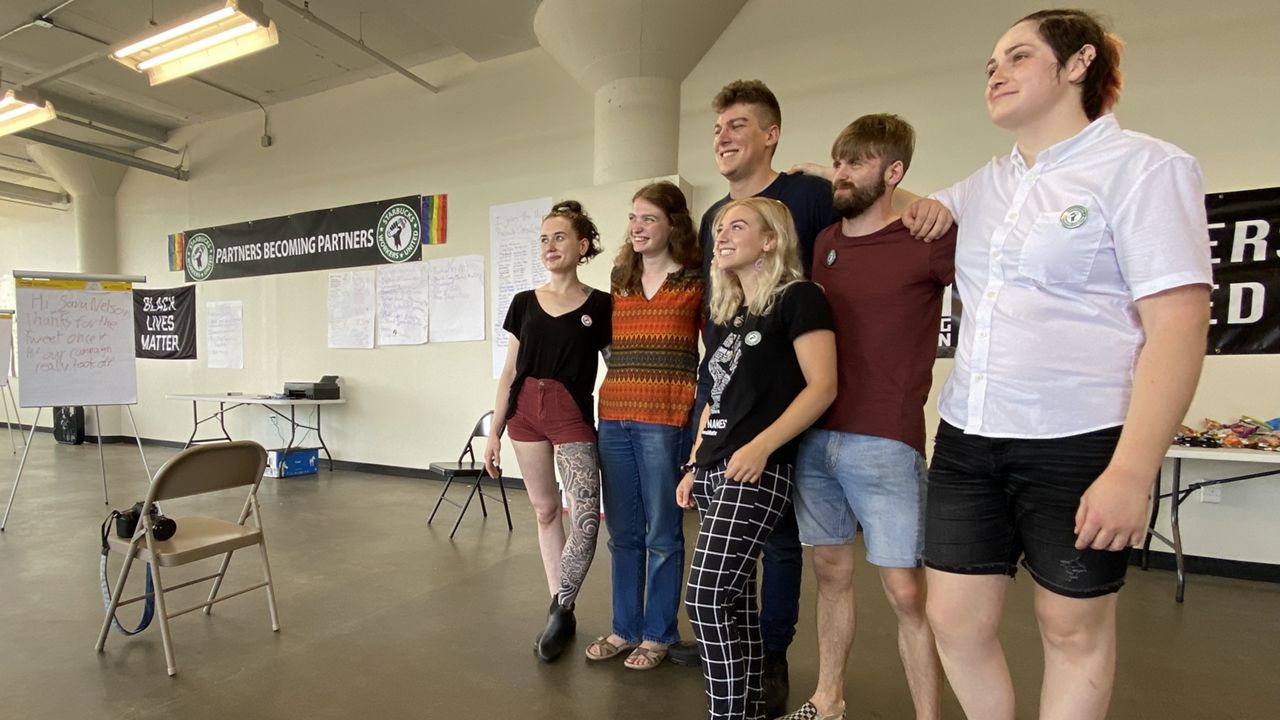 BUFFALO, N.Y. — A campaign is on to try and get Starbucks workers across the Buffalo area to unionize.

Starbucks Workers United made the announcement on Twitter Monday, but it’s been a few months in the making.

“We're called Starbucks partners, but we want to become real partners with the company,” said Alexis Rizzo, a shift supervisor at Starbucks.

Rizzo has worked for the company for six years.

“There's been talks of us unionizing for years," she said. "This is just the first time that it's come to fruition.”

Now, she’s part of a 50-person organizing committee that is working to unionize 20 stores throughout the Buffalo area in an attempt to give them a seat at the table when it comes to wages, staffing and other decisions.

They say they've voiced these concerns for years, with no real response.

We are proud to announce that we have formed an organizing committee of SBWorkersUnited in the Buffalo region. Here is our letter to Kevin Johnson! pic.twitter.com/eOzPE4u1vy

“It isn't coming from a place of having anger towards the company or grievances with the company," Rizzo explained. "It's just about us having a voice and having a means to organize to obtain that voice.”

Talks about unionizing ramped up in the past two months, though organizers kept their work discreet out of fear of retaliation.

“There's 8,000 Starbucks companies and none of them have a union," said Kayla Sterner, a Starbucks barista. "Previous efforts to form unions have been met with a lot of people unjustly being fired. That brought a lot of fear.”

They sent a letter to CEO Kevin Johnson, asking him not to interfere with their efforts.

Rizzo says she expects a nice response from the company to try and, "make us feel like they'll fix the problems without us needing to organize."

She says she doesn't expect major issues because their campaign is already very public.

Up next, organizers are working on petitions to unionize on a store-by-store basis. They want to leave the decision to take this next step up to each individual employee.

The right to organize is fundamental to building a strong middle class. Buffalo's @SBWorkersUnited want to organize, and this is another reason why we need the #PROAct to become law. https://t.co/bnp4uedyl6

“We spend so much of our life at work, this space should be democratic, just like the rest of our life,” said Starbucks partner barista Brian Murray.

They believe this could potentially pave the way for a better future.

In response, Starbucks released a statement:

"While Starbucks respects the free choice of our partners, we firmly believe that our work environment, coupled with our outstanding compensation and benefits, makes unions unnecessary at Starbucks. We respect our partners’ right to organize but believe that they would not find it necessary given our pro-partner environment."