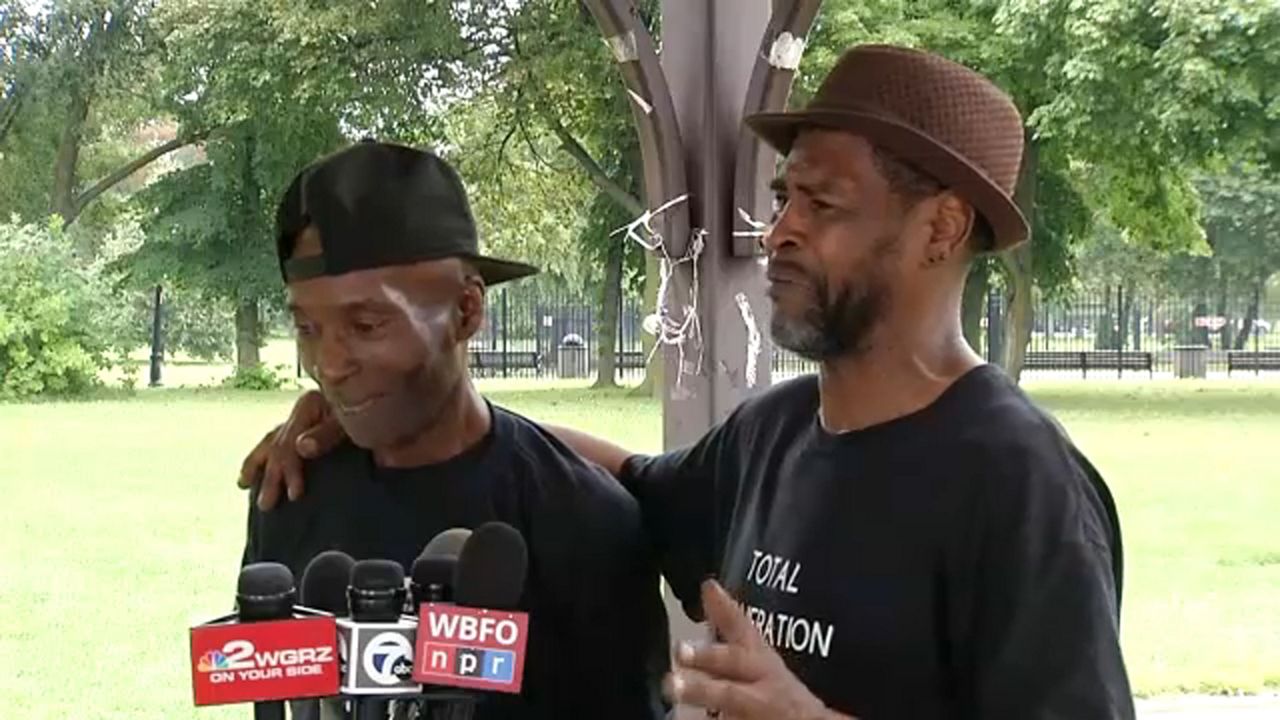 Murder indictments dismissed for 2 members of the 'Buffalo Five'

BUFFALO, N.Y. — Two members of what's known as the "Buffalo Five,” convicted in a 1976 murder trial, had those charges removed Wednesday.

There was a wave of emotion and tears of joy Wednesday for “Buffalo Five” members John Henry Walker and Darryl Boyd, after state Supreme Court Judge Christopher Burns vacated — or dismissed — the charges under indictment number 41-413 and their prior conviction in the 1976 murder of William Crawford.

Crawford was killed in a yard on Fillmore Avenue across the street from the Golden Nugget. Walker and Boyd were just 16 at the time.

The two served prison time together but were released on parole in their 30s, and spent years working to maintain their innocence.

Now in their 60s, the men were overcome with excitement and thanked that family and community for its unwavering support.

"Ever since they arrested us, we've been wiggling and struggling and doing everything we could to try and get out from under this murder conviction,” said Walker. “And now that the day is here, again, I really don't know what to tell you. I'm happy. I’m looking forward to the next step.”

More from Boyd and Walker and the excitement they expressed. pic.twitter.com/5wuVmoeus3

Erie County District Attorney John Flynn says after 45 years, half of the witnesses in the case are dead, one will no longer cooperate and half the files cannot be located.

"Impractical for me to have a new trial,” Flynn (D) said. “It's logistically and feasibly impossible. Even if I wanted to try this case again, it's not going to happen. It can't happen.”

He also says he actually respectfully disagrees with the judge's decision, based on Flynn's opinion there was no newly discovered evidence presented to remove the guilty verdict.

Flynn says first and foremost the judge states and agrees the DA’s office never hid any evidence in the case back in the late 70’s. And says counsel was effective so Flynn says he respectively disagrees with the judge’s decision. @SPECNews1BUF pic.twitter.com/0RFpTvQMh0

"You have no one to even partially connect,” said Walker. “No evidence. No blood. Nothing that can never connect us to this crime.”

Walker says he can now focus on spending more time with his son.

Flynn says he's not going to appeal the judge's decision either.

As for the other three involved in the case, Tyronne Woodruff turned out to be a key witness for the prosecution, Floyd Martin was acquitted and the third, Darren Gibson, served out his prison term and died eight months later.