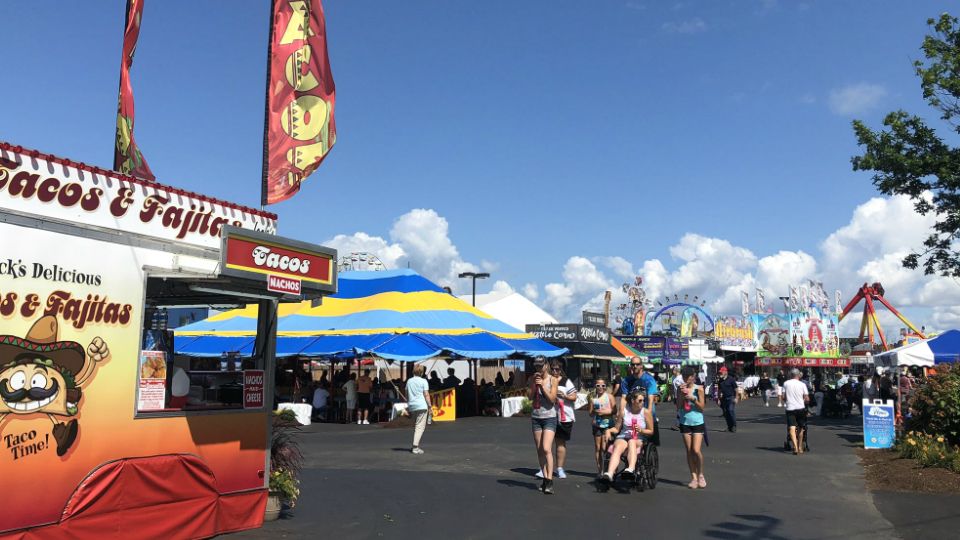 BUFFALO, N.Y. — Many parts of the United States are experiencing a surge in COVID-19 cases, hospitalizations and deaths. The more-contagious delta variant has become the dominant strain of the virus.

New York state has also experienced a rise, less though than in other parts of the country.

"The number is significantly blunted compared to elsewhere, and that's largely due to the fact that our vaccination rates are higher and the weather being such in New York state where we have more activities outdoors versus the south, which is getting pounded right now, is hot and so by necessity, many more activities are indoors where there's air conditioning," said Dr. Thomas Russo, professor and chief of infectious diseases at the University at Buffalo.

As people head outdoors, sometimes they're gathering in large groups. Thousands packed Highmark Stadium outside of Buffalo for a Billy Joel concert over the weekend. Many are also attending ballgames, county fairs and the New York State Fair begins later this week.

Dr. Russo says while the risk is lower being outside than inside, concerns still exist when that many people get together, especially with the delta variant.

"So much virus is shed by infected individuals,” he said. “So if you're outdoors and you're going to be in close proximity with someone for a prolonged period of time, particularly if there's very little wind to dilute or redistribute the virus, using a mask will afford a certain degree of protection.”

Dr. Russo says certain groups of people are more susceptible to being infected regardless of the location, including those large outdoor gatherings.

"If you're unvaccinated or if you're fully vaccinated but perhaps immunocompromised or more elderly and therefore more vulnerable, I would strong suggest using a mask in that setting," he said.

According to the Centers for Disease Control and Prevention, roughly 42% of New Yorkers are unvaccinated.

"So we continue to really need to be aware that this is a serious situation, and that we need to take it seriously and individuals need to get vaccinated and protect themselves in the meantime while they're waiting for that vaccine to take full effect," Russo said.