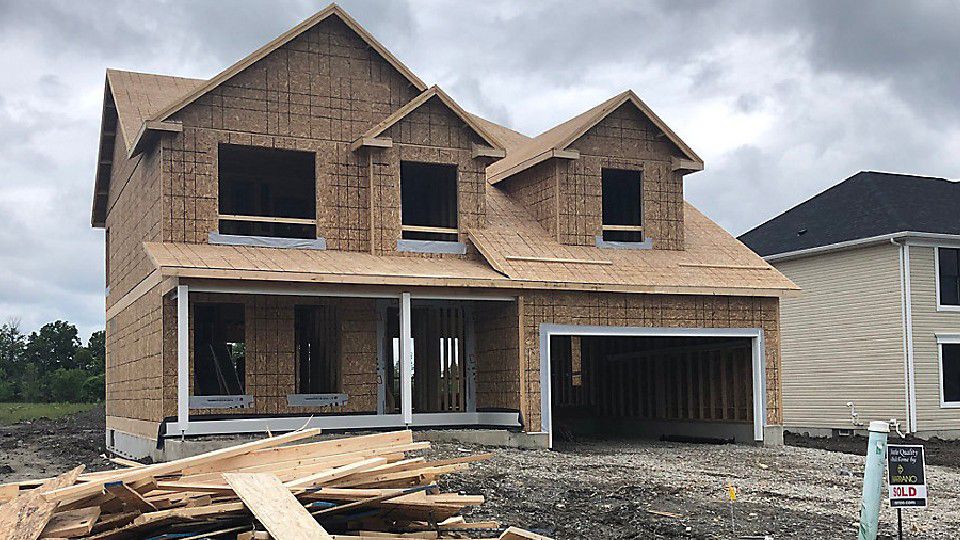 They're building them as quickly as they can: new are homes going up across New York state — and fast.

It's been since the early 2000s since Marrano has seen the demand this high — a trend that started a few years ago.

The current real estate market is one of the biggest reasons.

"There's such a low inventory right now of existing homes that people are getting into bidding wars," he said. "They're getting $40, $50, even $100,000 over asking price. So it's making new home construction very valuable right now."

According to the New York State Builders Association, data from the National Association of Home Builders shows over the last year, the number of new builds in the Northeast region has gone up 43%.

But the cost of construction has gone up during the pandemic. According to Marrano, in some cases lumber prices have increased 400%, adding on tens of thousands of dollars to the price of putting up a new house.

There are also supply chain issues for other materials and even appliances, causing a ripple effect amid a crunch for affordable housing across the country.

"That's why some people have held off on signing contracts because there's such on certainty on what the cost is now, if it's going to be that way in say September," Dubuque said.

Still, the demand for new homes remains high, despite the challenges of the pandemic economy, something Dubuque expects to continue.

"If you would ask me this last summer that I expected this to grow, absolutely not," Dubuque said. "We would've thought COVID and the pandemic would've had a detrimental impact on the housing market, but it's not at all."

And builders like Jim Marrano are seeing that firsthand. His sales are up about 40% from 2019.

"People were trapped in their homes and I think maybe they realized maybe we want a new home, new countertops, new cabinets, a fresh start," he said. "So that I think has continued to drive the demand right through the pandemic."