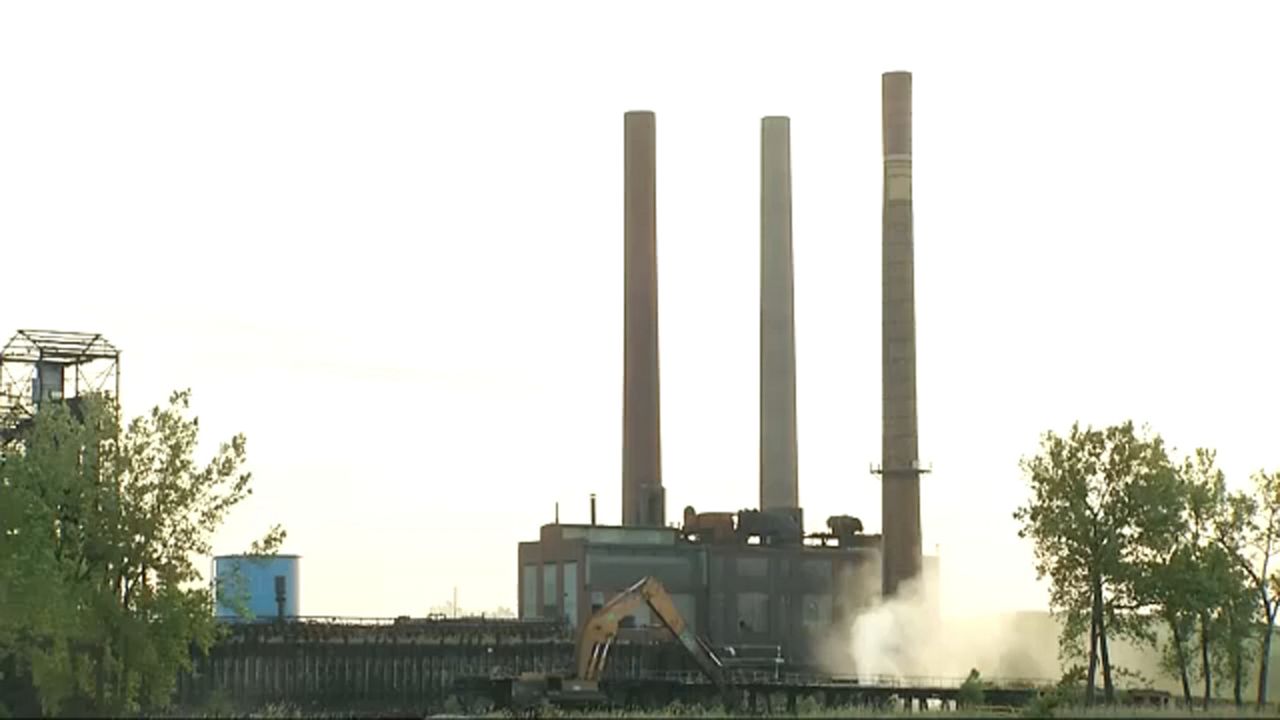 TONAWANDA, N.Y. — ​In a controlled demolition that last only seconds early Saturday morning, the three smokestacks at the former Tonawanda Coke site are now a pile of rubble.

It’s part of cleanup efforts being made by the new owners.

The facility was forced to shut down in 2018 and is being remediated through the EPA Superfund and New York State Brownfield Cleanup Programs.

"Well it’s a very emotional day for most people who have encountered the pollutants coming from these stacks for decades, that have had health issues and things like that," Town of Tonawanda Supervisor Joe Emminger said. "Very grateful this day has come. This is an important step but it's certainly not the last step to get this site redeveloped to what we want to see."

In addition to polluting the air, the site also currently houses more than 1 million gallons of waste ammonia and other hazardous chemicals.

And just like that....they’re down. Residents tell me this is the end of an era and the start of a new day with fresher air. ⁦@SPECNews1BUF⁩ pic.twitter.com/lQGm8u7F0m

For residents in the area, the stacks coming down is the final chapter of a long journey to having a cleaning community to live in.

"It signifies a new beginning, the end of a chapter, and hope for our community," Jackie James, from the Clean Air Coalition of Western New York, said. "I have a chronic illness and I noticed that a lot of my other neighbors were ill as well. It was really the people's stories and just wondering why everyone was so sick."

The Clean Air Coalition of WNY has been fighting for 16 years, pushing to reclaim the quality of their neighborhood and surrounding environment. They say the crumbling of the smokestacks are a step in the right direction.

“It was very surreal. It happened so quickly. As I was standing there with Supervisor Emminger well of course we hugged because I couldn't believe it was happening,” James added.

Officials say cleanup at the site is expected to last another several years.

Congressman Brian Higgins released a statement on the implosion, saying:

"For years Tonawanda Coke violated the law and poisoned the community in which it operated. The community, including Jackie James-Creedon, members of the Clean Air Coalition and other citizen champions, persisted in a relentless fight for their health, safety and justice. Today’s eight-second toppling of the Tonawanda Coke smoke stacks was built on years of courage in response to neighborhood pain and suffering. The damage caused by Tonawanda Coke’s illegal offenses can’t be erased but eliminating the stacks that so often spewed poison into the air where citizens live represents a fresh, clean beginning."