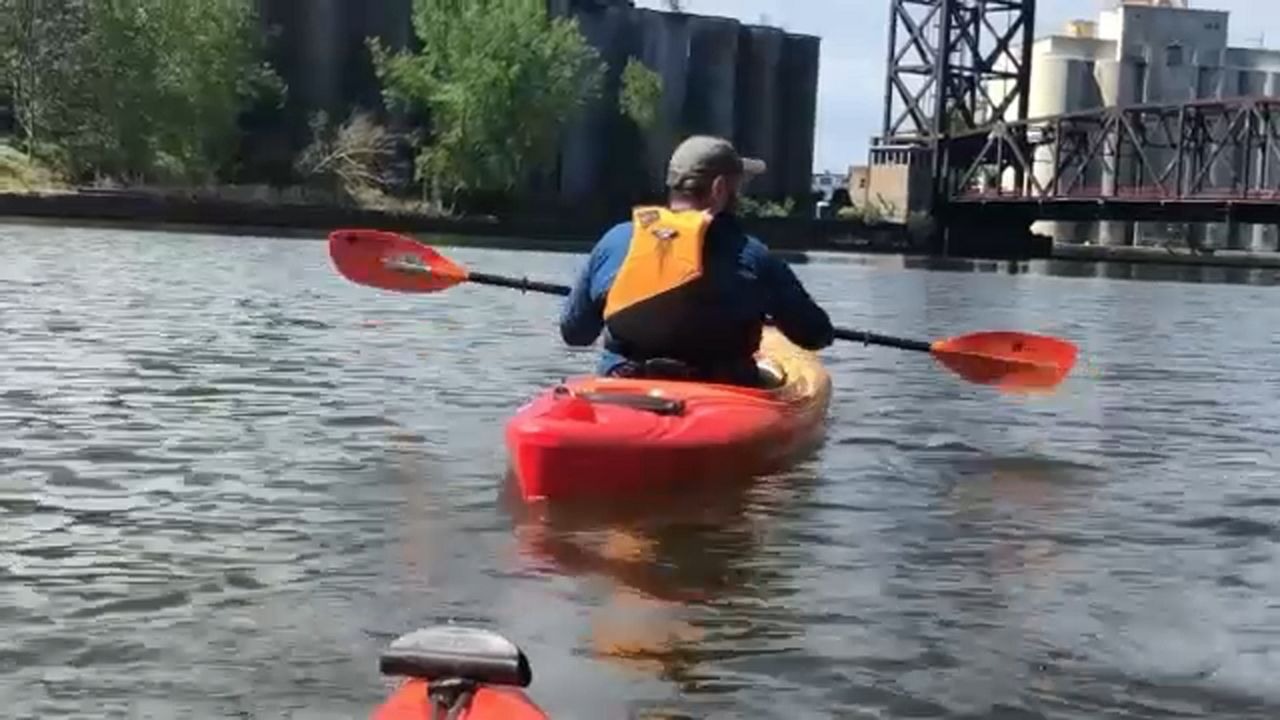 BUFFALO, N.Y. — ​When the pandemic hit, some things flew off the shelves. Yes, we remember the great race to grab toilet paper. But outdoor equipment, from bikes to camping gear, was also a hot commodity.

Maybe you're one of the people kayaking to explore Western New York by its waterways. If so, we want to keep you safe.

Over at Elevator Alley Kayak, employees load some of the first kayaks of the season and walk them to the launch dock. Before hitting the water though, Owner Jason Mendola puts on his two essentials, a life jacket…

“Wearing a whistle is important and a law so if you get into trouble, you can call for help. And to communicate with larger boats so they can see you,” he added.

Once he’s wearing the two must-haves, he steps into the kayak and he’s off.

It’s one of his first times out this season. But it’s not the first time he’s talked about safety when it comes to kayaking. He’s entering his 7th season operating his rental and tour company and there are some basics to keep in mind, such as when you should begin getting out on the water.

“The water temp is still in the 50’s and generally speaking, we aren’t going to rent. We prefer it to be over 60. As guideline we have 120 degree rule, so that way if the water and the air temp don’t add up to at least 120 degrees, we won’t go out for safety. People don’t realize if we did capsize, the water is so cold, it will give you cold water shock,” he added.

But as the weather and water warms up, these waterways will get much busier. So he says give boats the right away.

“If you have ever been in a semi, you know it’s hard to see. Same thing with a boat. You can’t see everyone, so you want to be able to communicate with them,” he said.

And stick to the sides of the waterway.

“We stay off to the side. Divide the river into thirds. You will stay to one side or the other,” he added.

As you are kayaking, he says it’s easy to get tired if you aren’t paddling correctly.

“People end up paddling with their arms where you want to use your core. So keep hands shoulder length a part and you don’t need to move your elbows as much as you think. This is not only much more efficient, but you’ll be less sore at the end and having more powerful strokes, so you get where you want to go without as much energy,” he explained.

He mentions stay hydrated and wear synthetic material instead of cotton.

“So if you capsize, it doesn’t wear you down and it will keep your body temp a little warmer,” he continued.

If you’re looking to get into kayaking but don’t know where to start, you can head over to Elevator Alley Kayak. Mendola says it’s a sport for everybody.

The most important thing he stressed is wearing a life vest. You don't want to go out on the water without one.