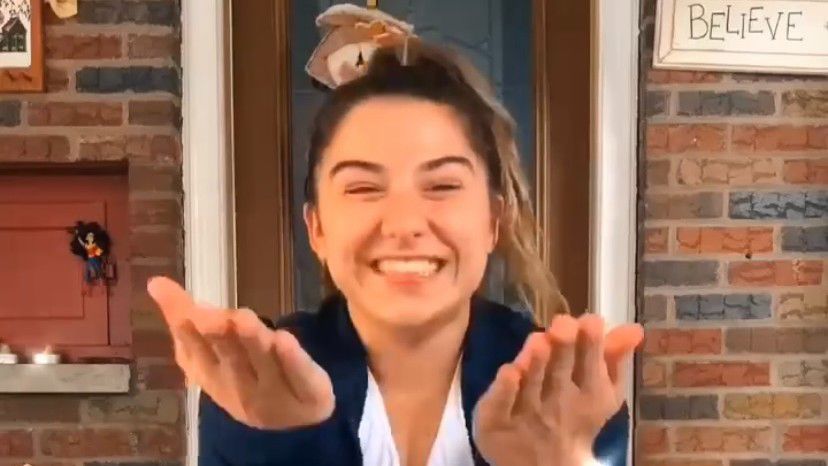 "It depends on the video. If I already know the choreography, I will hit TikTok," Britini D'Angelo, 23, said.

For 18 and a half years, D'Angelo has been dancing. Her passion has turned into a viral hobby.

"Just a girl from Niagara Falls, New York, wanting to dance her heart out and in the process — inspiring millions," she said.

It happened on TikTok, a social app that allows users to make short videos on their phones or cameras.

D'Angelo only thought she'd maybe only have 100 followers. But the 23-year-old's 15-second dance videos earned her over 140,000 followers from over 110 countries and 3.2 million likes.

"It gave me the chance to start dancing for really incredible people, like cancer patients and those who needed to be uplifted the most," D'Angelo explained.

When one door closes, another opens. Her TikTok success all began about a year ago, when she was laid off due to COVID-19. Her videos have caught the eye of Kaycee Stroh, who played Martha Cox in "High School Musical," but also Meghan Trainor. Her videos not only were seen by celebrities.

"I get messages from cancer patients saying they're stuck n the hospital fighting for their life, but I give them hope and they keep fighting," she explained.

D'Angelo has also gotten message from many TikTok accounts, looking for a light, which she truly shines. She makes personal videos for her followers and even has made modifications of her moves for people in wheelchairs.

When she's not making five TikTok videos a day, D'Angelo is studying for her masters in early childhood education. Masters student by day, TikTok influencer by night.

"If I can change one person and turn themselves upside down, I did my job," she stated.

And she's doing that already.