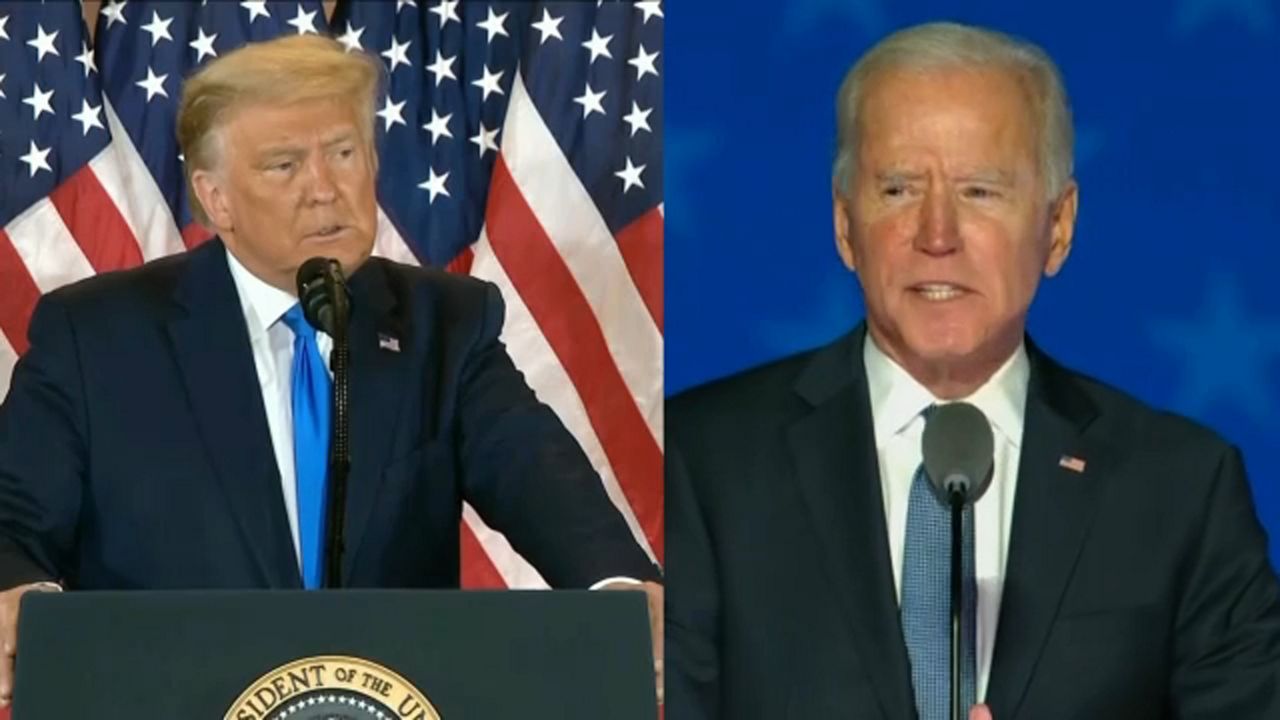 As the nation waits to find out who will be the president of the United States, a group of experts in politics, elections, and law from the University at Buffalo shared their thoughts on what a race this close with high voter turnout means in the short and long term.

"This was in some ways a referendum on President Trump and indicates how sharply polarized we are as a nation," said James Campbell, professor of political science.

President Trump has threatened lawsuits to come over the voting process and collecting and counting of ballots in some states.

Election law expert James Gardner expects to see recounts and court cases to resolve this, but also wondered about the how the federal courts, including the United States Supreme Court, would handle the situation with objectivity.

"There was deep, deep suspicion about the process and its integrity and nothing has happened to assuage the fears," Gardner said, adding the nature of the election results and aftermath is "the worst thing" that could happen as far as faith in American electoral institutions.

There have also been questions about the accuracy of polls across the country that had Joe Biden favored much more heavily over President Trump than has turned out in the election.

"People simply not wanting to admit that they thought Trump had done a good job and reflects their values. I don't know whether that was it or whether this was a more passive non-response bias," Campbell said.

Erie County voters who cast their ballots in-person picked Biden over Trump by about 5 percentage points. While there are still more than 80,000 absentee ballots to be counted, do the early results show any movement toward a more conservative attitude in the county's electorate?

"Clearly there are some demographic changes going on in Rust Belt cities of which Buffalo is certainly counted. I think there are still some things pulling it into the blue orbit," Neiheisel said while adding he would wait until the absentee ballots are counted before making any proclamations.

"I don't see this as a red or red-leaning county so much as very mixed county that reflects the wider divisions of the country," said Kari Winter, professor of global gender and sexuality studies.

"I don't expect that intensity to play out anywhere like that the local level, but I think it reflects the deep divide that exists inside this country," Taylor said.