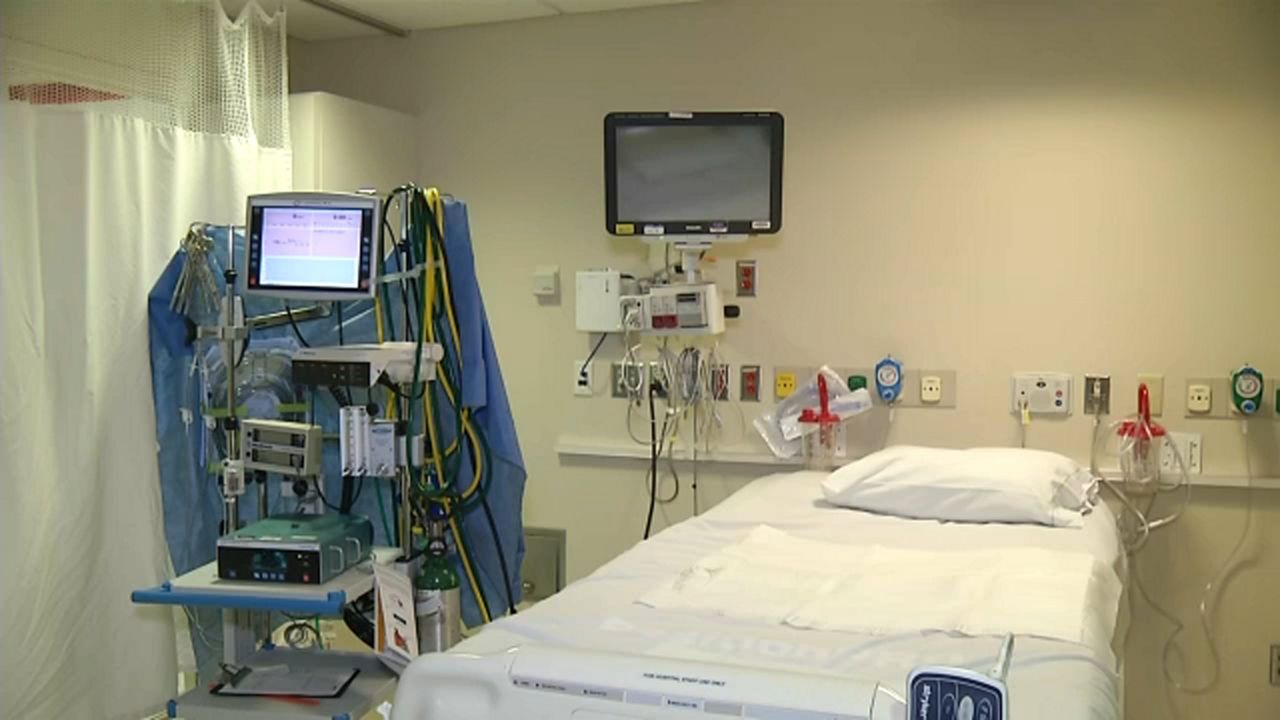 Unsung Heroes of COVID-19 at Mercy Hospital of Buffalo

BUFFALO, N.Y. – From the outside, the hustle and bustle at Mercy Hospital of Buffalo is what you’d expect. But if you look closer, there are unsung heroes, including a machine credited at saving lives during the pandemic.

“As difficult as COVID was, we all really just got to together and made things happen,” Lena Quarantello, CVICU Nurse and ECMO Specialist said. “Our moral is better; our team work is just phenomenal.”

Quarantello is able to run labs and monitor patients on ECMO.

“It is my patient, this is my baby right here,” Quarantello said.

It’s odd to think metal, wires, and tubes, and medical device as a patient, let alone baby. But as Quarantello explains ECMO isn’t something you can just hook up and walk away from.

“We are here 24/7 because we need to make sure there is no clotting in the system, there’s no air getting into the system,” Quarantello explained. “It is very important to always have an eye on this system.”

Quarantello says 800 ML of blood is rushing outside a patient’s body at upwards of 5,000 RPM.  It removes carbon dioxide from the blood and then returns the blood back into the body with oxygen.  In all, six Western New Yorkers were put on it. To date worldwide, only about 2,000 patients have been put on ECMO during the pandemic.

Dr. Harsh Jain, a Cardiac Surgeon at MHB explains why ECMO isn't used as much as ventilators. Since the pandemic began, only about 2,000 #Covid patients worldwide have been put on the life-support therapy machine. pic.twitter.com/NOBDfm53sg

Dr. Harsh Jain, a cardiac surgeon at Mercy explains why this machine was such an important tool.

“All that pressure that we have to use on the ventilator to get the oxygen and the carbon dioxide out, it has negative effects on the lungs,” Dr. Jain said.  “To help combat that, we can use this and help rest the lungs.”

It was the last option for patients struggling with COVID-19.

“Without it, they likely would have succumb to the infection and become a statistic like we have been talking about for the last six months,” Dr. Jain said. “Thankfully, four of the six of them, we were able to not have them be a statistic.”

Darrell Wright was one of them. We introduced you to him on Tuesday.  He spent three weeks on ECMO and recently celebrating his 51st birthday. Wright said saying thank you for that opportunity just isn’t enough.

“Thank God for that machine, because if it wasn’t for that, I would not be here today,” Wright said. “And thank God for all the doctors and nurses.”

Looking back, they’re like a family, even though they’ve never really met.

“We were always on the phone with them,” Quarantello said. “I knew certain family members’ phone numbers by heart because we would call them every day to get them updated.”

And, it’s also giving them a second chance at life.

“It always amazing to watch these people get better and go to their families, I have actually been to a wedding of an ECMO patient of mine,” Quarantello said. “So, I was able to afford him that.”

Even though Wright and the doctors who monitored him here for three weeks spent time together, they’ve never met, let alone had a conversation. As we continue to follow his journey, we plan being there when the reunion happens. We look forward to bringing that to you.