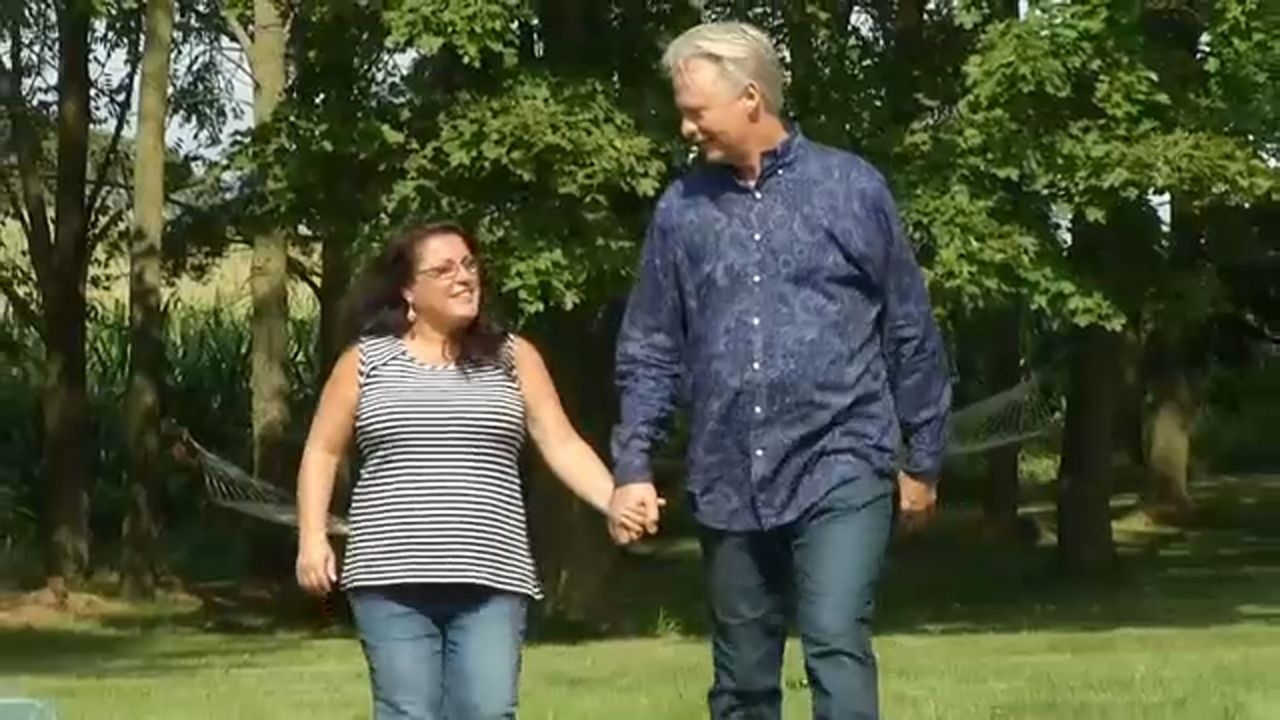 "Someone told me it was after Easter and I was totally shocked, thinking, 'I was out that long?' " Darrell Wright, a COVID-19 survivor, recalled.

As it’s said, "keep your face to the sunshine, and you cannot see the shadows. That’s what the sunflowers do." But it’s not the sunflower field at the new home in Bergen that has taught Darrell and his wife Sharon how to live like that. It was COVID-19.

"In the beginning, I was kind of like a celebrity," Darrell smiled. "I survived COVID-19."

Darrell smiles and laughs when thinking about his battle.

"I felt like Rip Van Winkle," Darrell laughed. "I was clean shaven, sort of like I am now, and then I wake up and I look like Wolverine."

It’s not to make light of his brush with death. It’s because he survived.

This AM on #YMB, we're sharing the story of #Covid19 survivor Darrell Wright and his wife Sharon. He spent more than 50 days in the hospital. Their journey on @SPECNewsBuffalo starting at 6 a.m. pic.twitter.com/SPhrSAVMbA

"It is a badge of honor in some ways," Darrell said.

Darrell is at RN at Sister's Hospital. He was taking care of COVID-19 patients and then he got sick at the end of March.

"Even with us as staff, we were wearing masks," Darrell said. "But, some of the patients weren't. It was in the beginning and we really didn't know what was going on."

Within days of his diagnosis, Darrell found himself admitted to the very hospital he worked. Shortly after, he was put on a ventilator and was at St. Joe's. He was on the ventilator for about four weeks.

But, it wasn’t enough.

Sharon talked too Darrell every day thanks to nurses who held the phone to his ear while he was on the ventilator and ECMO, which is a life support therapy machine. It is only at Mercy Hospital of Buffalo. On the other side, she says it's like they are married all over again. pic.twitter.com/Z1erowP7wp

He was then transferred to Mercy Hospital of Buffalo, where he was put on ECMO. Typically, it's used in the cardiology department. It removes blood from the body, takes out the carbon dioxide and replaces it with oxygen. Darrell spent three weeks on that.

He was one of just six COVID-19 patients that used the life support therapy.

"It was," he stopped short. "My wife knew everything that was going on though."

"Just even thinking about that just brings all that back," Sharon said.

For 51 days, Sharon waited for that daily phone call to update her on Darrell's health.

"I actually would get excited when the phone rang," Sharon said. "Every day I was getting a good report, no matter how small of a step."

Eventually, Darrell did get better. After getting the all-clear, he was moved to Kenmore to undergo physical therapy.

"I actually got to see him in the lobby for like five or 10 minutes," Sharon smiled. "I think I told him he looked good. I didn't know what to expect."

Darrell had lost about 50 pounds. He was also weak.

"Opening a bag of chips, I couldn't do it for a while," Darrell said.

He needed therapy for his eyes and had to relearn to walk. It took him two weeks, and he was on his way home at last. You may have even seen the billboard celebrating his return. Or you might have been part of the car parade for him in Youngstown.

The couple was able to move into their new home as planned in July. Both have their good and bad days. What gets them through are the little things.

"Darrell put up the lights in the gazebo and we just dance in there and I thought,' Oh, I am on my honeymoon again,' " Sharon said.

They plan to travel, and then turn their home into a bed and breakfast. Those are all plans for a moment they weren’t sure would ever be a reality.

"COVID is no joke," Darrell said. "It's real, and I have some of the scars to prove it."

This is part one of our story at Mercy Hospital of Buffalo. Wednesday, we sit down with the doctors who saved Wright’s life and get a closer look at the ECMO machine and how it saved others here in WNY.