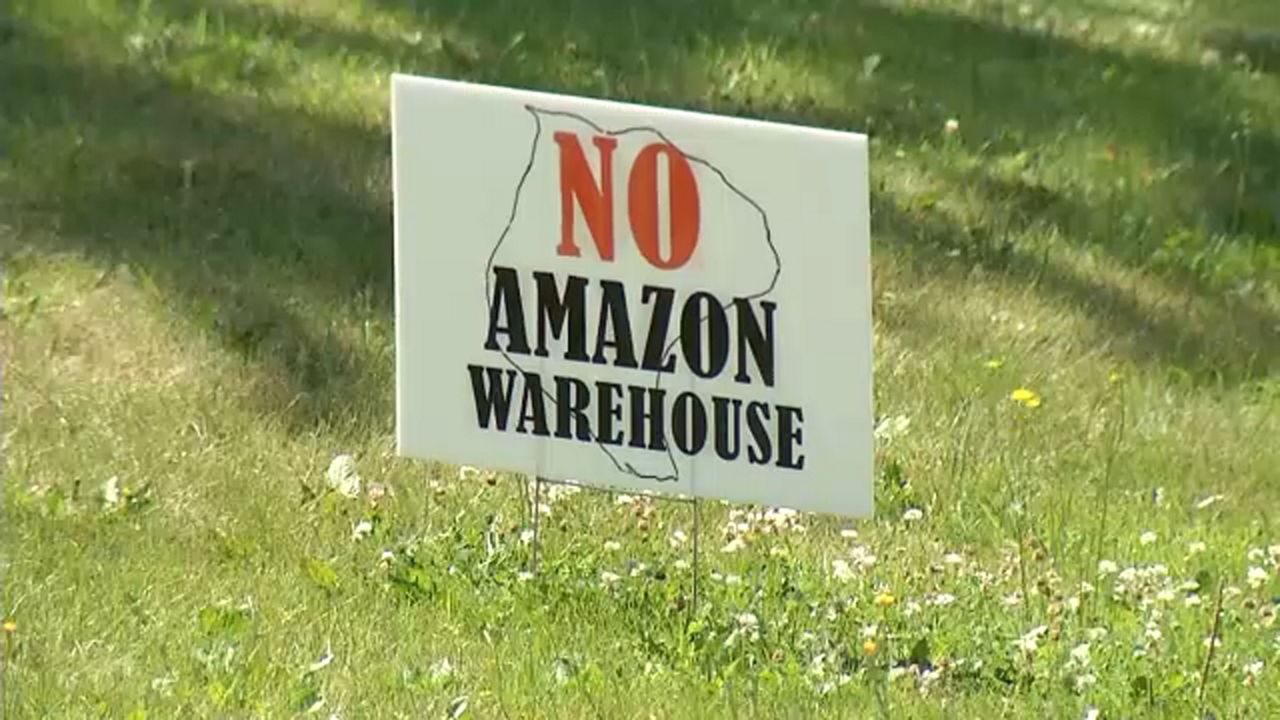 "Project Olive," Speculated to be Amazon Warehouse on Grand Island, Put on Hold

Grand Island resident Dan Fitzgerald says according to public paperwork, his backyard is where a proposed parking lot for more than 200 tractor-trailers was supposed to be as part of “Project Olive.” While developers hadn't said publicly what company was planning to move in, many on the Island believed it was an Amazon warehouse.

"It's going to take up everything,” Fitzgerald said. “It's going to be like 500 trucks, spewing diesel smoke.”

Others are worried about adding to already busy bridge traffic.

"Traffic is bad enough as it is; we notice it more in the summer because of tourism, compared to the winter, but knowing that this would be all year-round, it's concerning," said resident Doug Hardman.

But locals were able to breathe a sigh of relief Monday night, as the developer who owns the property for the proposed 10 million-square foot project said it wouldn't be happening — at least for now.

"Project Olive has been put on hold; it's 1/3 of the size of what is right use for that property," said Michael Huntress, VP of Aquest Development and owner of the proposed property.

While there was no clear reason as to why the project has come to a halt, Spectrum News reached out to Amazon for comment, and they responded, saying:

"Amazon is a dynamic business and we are constantly exploring new locations and weighing a variety of factors when deciding where to develop future sites to best serve customers. Amazon has a policy of not commenting on the future road map of our business and are not yet commenting on any specific operations plans in New York."

"This site should be developed as industrial. It's on the 190. And the residential piece that the customer is willing to purchase is the wooded part of the lot so the commercial developments taking place would be on just brush," Huntress added.

So far there has been no word on when or even if the project will get the green light on Grand Island, or if developers will start over in another town.