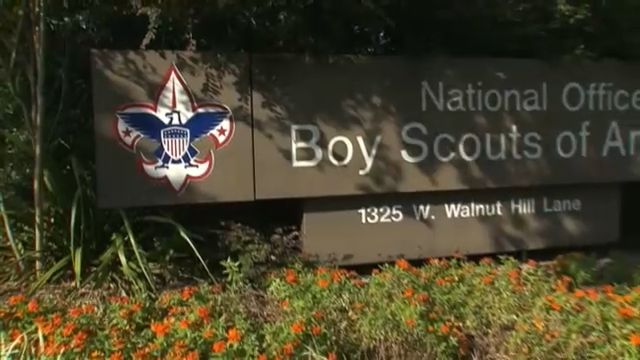 The Boy Scouts of America has filed for bankruptcy.

It's the result of hundreds of sexual abuse lawsuits against the organization.

The Greater Niagara Frontier Council has nearly 7,000 youth between Erie and the western third of Niagara counties.

NEW THIS AM: @boyscouts has filed for Bankruptcy. Here's part of the press release: pic.twitter.com/FOHYtI36PZ

In a statement Tuesday, the Greater Niagara Frontier Council says it has not filed for bankruptcy and that all activities will continue.

"The national organization of the Boy Scouts of America is the only entity involved in the Chapter 11 filing," said Otto Goedhart, assistant scout executive for the council. "The Greater Niagara Frontier Council — which provides programming, financial, facility and administrative support to local units and individual scouts in our area — is separate and distinct from the national council. Our camps, properties and all local contributions are controlled by our council."

The national council said while local councils are not part of the Chapter 11 filings, each local council will have an opportunity to contribute to the Victims Compensation Trust.

That trust is one part of this bankruptcy filing.

BSA says by doing this it hopes to achieve two key things: compensate the victims and to “continue carrying out its mission for years to come.”

Court documents say the Boy Scouts has $50,000 or less in assets but liabilities between $100 million and $500 million.

Last April, court testimony showed the organization believed more than 7,800 of its former leaders were involved in sexually abusing more than 12,000 children over the course of 72 years.

Locally, some 13 men from Western New York are accused of sex abuse.

Their names were released back in April in what a Manhattan-based law firm dubbed the “Perversion Files.”

The list of alleged attackers through Boy Scouts of America dates back to the 1940s.

I was given this link https://t.co/fhANheJn1s to learn more about what's next.

Some of the troops were in Buffalo, Grand Island, Depew and Lackawanna.

Most recently, in December, Michael Meyers, 57, a past president and former member of the executive board of the local BSA chapter, was in Hamburg Town Court. He is accused of several counts of sexual misconduct with two minors.

Moving forward, any victims who have filed lawsuits may have to wait longer for their day in court. Now that the Boy Scouts has filed bankruptcy, the lawsuits have been suspended.

"The effect will be substantially the same for claimants in that they lose their ability to be heard in the court of law," said Paul Barr, an attorney at Fanizzi & Barr, P.C.

Barr knows both sides to this. He's filed his own claim under the Child Victims Act against the Diocese of Buffalo and is also representing victims in both cases.

"The critical issue for people with claims against the church is to use the discovery process to force the Diocese to expose what they knew," he said.

"There was systematic abuse for many years, and the church and the Boy Scouts, in my view, enabled that behavior," said Frank Bogulski of Bogulski Attorney & Counselor at Law.

Bogulski is also representing a couple people suing the BSA. He said while the process may be quicker, there is a downfall to going federal bankruptcy court is the compensation is less even though the BSA is creating a Victims Compensation Trust.

"To have justice, to be able to confront that person or that organization who abused you and have a jury decide that they violated the law," he said.

As for suits, Barr says the 10 filed now are just the beginning.

It's believed there are still so many victims who are out there. Attorneys are urging you to come forward: pic.twitter.com/76vvDkTQNi

"I have several more and I suspect other attorneys do as well,” Barr said. “Everyone has been scrambling to get their cases filed."

Both attorneys strongly urge victims to keep coming forward. Not only just to get justice, but BSA is also offering counseling to victims.