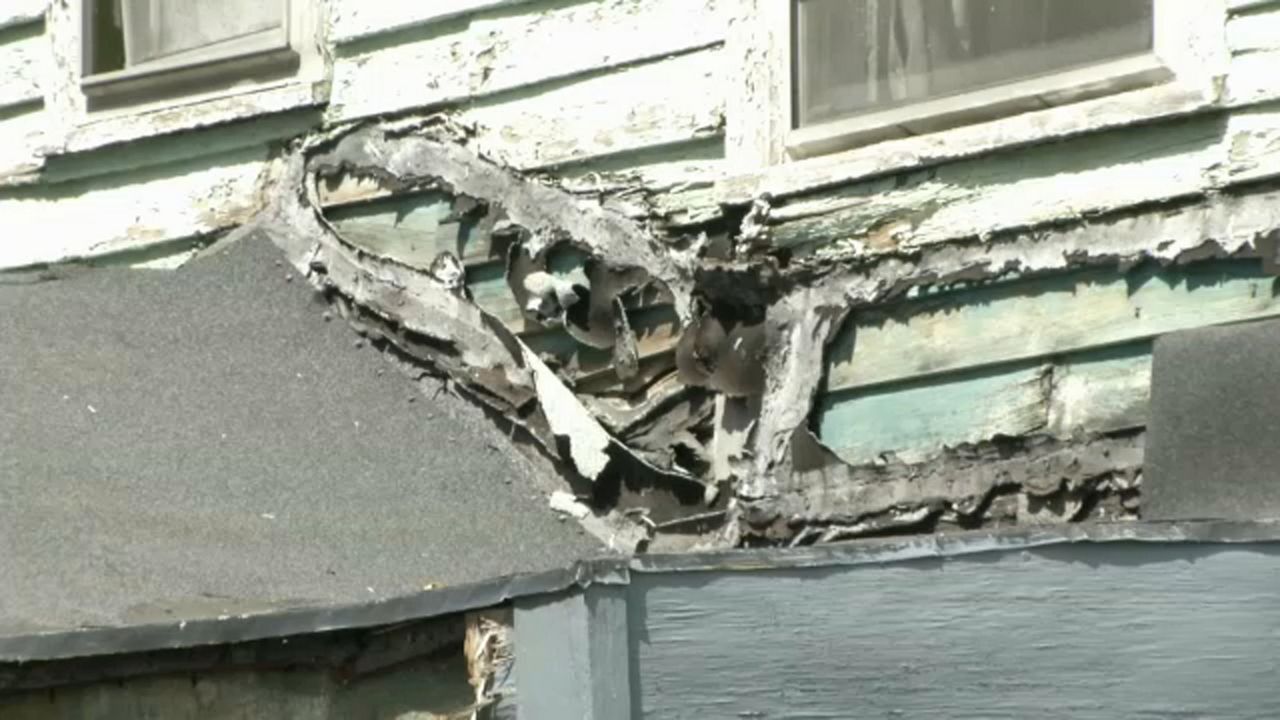 As a nurse, Trinetta Alston knows the dangers of lead poisoning. As a mother, she's seen the effects firsthand.

"It was devastating. It's like, 'How and why?' It takes a chunk of your self-esteem as a parent, like, 'What did I do wrong?'" she said.

Lead poisoning can lead to a variety of health issues for children with developing brains, including neurological damage and behavioral problems.

Three of Alston's now-grown children had elevated levels of lead in their blood. The likely cause is one many families face in particularly in the city of Buffalo, exposure to lead paint in homes built before 1978, when lead-based paints were banned.

According to the Erie County Department of Health, 80 percent of cases are in the city, largely due to the older housing stock. Below are the numbers of newly confirmed cases among Erie County children:

Cara Matteliano with the Community Foundation for Greater Buffalo is one of many people trying to tackle the problem through a Lead Action Plan. According to the organization, 80 percent of kids with higher than normal lead levels live in single and double rental units, and poor and minority families are disproportionately affected. The new "Get Ahead of Lead" campaign will help landlords deal with it in the homes they own.

"How to spot lead hazards…what to do when you see them, how to take care of them safely; [It] connects them with training and grants and other resources," Matteliano said.

The Community Foundation for Greater Buffalo announced its new Get Ahead of Lead campaign to help educate and give resources to landlords in working to deal with lead paint in older homes. @SPECNewsBuffalo pic.twitter.com/78WTUEyxHm

Leaders in government have partnered with community groups and residents, forming the Erie County and Buffalo Lead Safe Task Force. Erie County Legislature Majority Leader April Baskin has pushed for funding to help kids already facing the effects from lead poisoning, like her own brother.

"I don't know how much he will be able to contribute to society or his future because of this vile sickness, which is essentially brain damage," Baskin said.

The county health department is now sharing data with the City of Buffalo to identify places where children are most at risk. Buffalo Mayor Byron Brown says city inspectors have cited 1,300 homeowners for peeling and chipping paint after inspecting more than 15,000 parcels.

Contractors are required to provide proof of certification in properly handling properties that contain lead dangers. Brown said any properties that are demolished must follow a green treatment code to prevent lead contaminants from getting into the air and soil.

The U.S. Department of Health gave $5.3 million to the county, which is continuing an annual $750,000 program to combat lead poisoning, according to Erie County Executive Mark Poloncarz.

Alston, who serves on the Lead Safe Task Force, urges parents to make sure their children get tested and to ask questions of doctors, landlords, and public officials.

"I get to be a voice where back when my kids were sick, I had no voice. It takes a village to raise a kid and I'm glad I'm part of that village," Alston said.