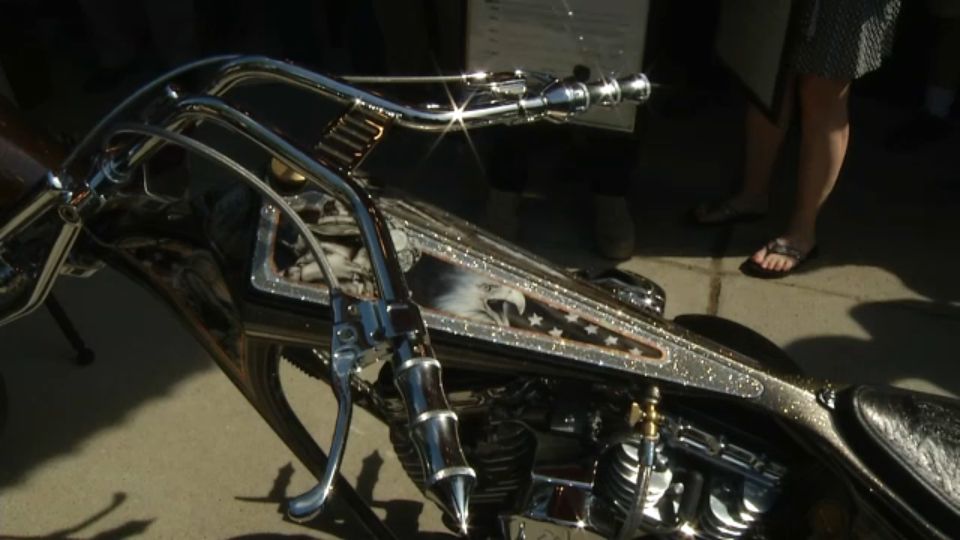 An Orange County Chopper original was made to help support the veterans and local businesses who are trying to build the memorial at Knox Farm State Park.

Main Street in East Aurora was packed with people trying to get a glimpse of the bike and meet the star from the TV show American Chopper who designed it.

Paul Teutul said the artwork took five weeks to complete and the murals on the bike have an extra special tie to Western New York.

"The one gentleman who they just happened to use that photo on the gas tank saw his picture when they were talking about it,” said Rep. Chris Collins, who was in town for the event and the Memorial Day holiday. “It was on the TV show. He was here today. And another lady was here, I believe it was her father killed, was also part of the mural on so this was just a very special day."

"What are the chances putting five murals on there and two people watch the show and they're on there,” Teutul said.

The memorial at Knox Farm will be a scaled-down version of the Vietnam Veterans Memorial wall in Washington, D.C., in addition to 15 other monuments depicting other major conflicts in which American servicemen and women were involved.

Ground breaking on the new monument will take place next year.