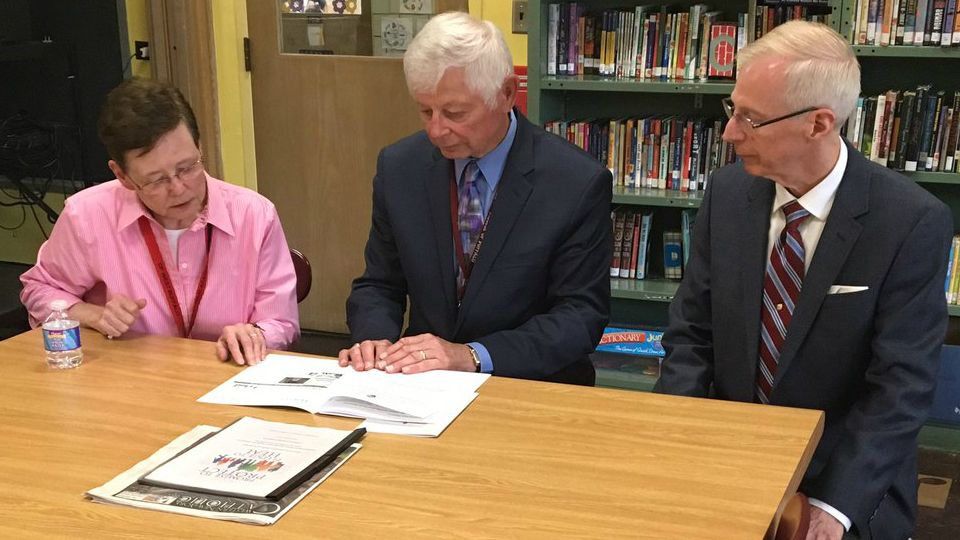 Sister Gail Glenn, longtime elementary school principal at Catholic Academy of West Buffalo, says her seventh and eighth graders have discussed the clergy sexual abuse crisis in class, while many of the younger students have not.

"We help them understand, that you're going to find sick people all over and you just have to be aware," said Glenn.

The Diocese of Buffalo does provide age appropriate lessons and materials for all students from good and bad touching to use of technology.

"Because if they're not aware, they're going to be a victim. And they need to know that to look for, plain and simple," said Glenn.

"The goal is to keep child safety foremost in our minds at all times," said Don Blowey, Diocese of Buffalo safe environment coordinator.

For the last 15 years, the Diocese has provided training programs, as well as conducted background and reference checks for teachers, administrators and volunteers across the eight counties of Western New York.

Leaders say the training includes ways to identify and report abuse not just limited to those within the Church, as there have not been any validated allegations against any newly ordained priests.

"The value of the training is a little hard to say for sure, but we have just not seen any major issues over the last 15 years or so. So from that standpoint, I believe the training is working," said Blowey.

As another school year winds down, a look at how the @BuffaloDiocese is handling and talking about the clergy sexual abuse crisis. Training staff, and talking to students and their parents across the schools in the eight counties of WNY. @SPECNewsBuffalo pic.twitter.com/iPQzVDnwRK

"The one bright light in the Diocese of Buffalo is Catholic education. I think people still believe in Catholic education. They know their children are safe. They understand the quality of what we do in our schools academically," said Michael LaFever, Catholic Schools of Western New York superintendent.

Mike LaFever, who's wrapping up his first year as superintendent of the region's 34 Catholic elementary schools, says the crisis has been a major focus.

He says while he's fielded a few parent inquires, the crisis has had no impact on enrollment, but has generated more questions from high schoolers.

"Being, you know, much more mature, and reading the newspapers, watching the television news, we’re a little bit more aware," said LaFever.

Another training is set for next month.