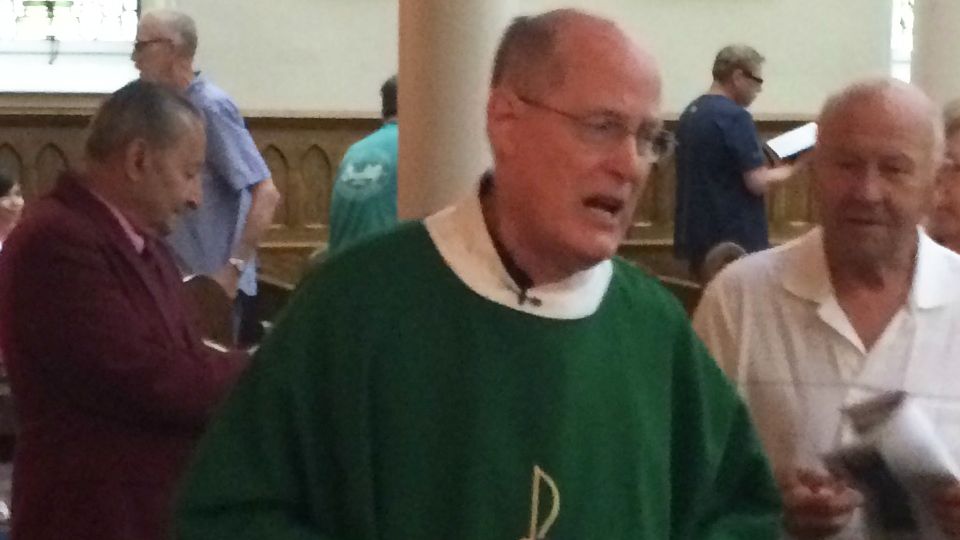 Parishioner Maria Kuschel was outside to welcome him back.

"I feel very happy. The parishioners are all welcoming him back and I think we had him away for too long already and he's a good pastor, a wonderful pastor, and he's done nothing wrong whatsoever," said Kuschel.

"We knew people would question this decision, but that's not a reason to keep someone out of ministry when a former district attorney's investigation and a review of the Diocesan Review Board both determined this case was unsubstantiated," said Richert.

One of the people who questions the move is sexual abuse victims rights advocate and Road to Recovery President Robert Hoatson.

"It's a very reckless decision. We believe it places children at further harm and that's really the issue, is the protection of children," he said.

Hoatson has been critical of the Diocese and its handling of sexual abuse allegations against multiple priests.

"Riter has three allegations against him from three different men that we know of. Two of those were evidently investigated in some way but they have not interviewed one of those men to this very day,” he said.

Attorney Mike Reck represents one of the alleged victims of Father Riter. He says he's not surprised by the decision.

"I think that this latest reinstatement is a continuation of a dangerous trend and pattern that has been going on for a long time in the Diocese of Buffalo," said Reck.

But parishioners like Kuschel think it's time to move on.

"The parishioners already know that this is where Father Dennis belongs, this is his home and that we want him to stay here and thank Bishop Malone for sending him back to us,” said Kuschel.