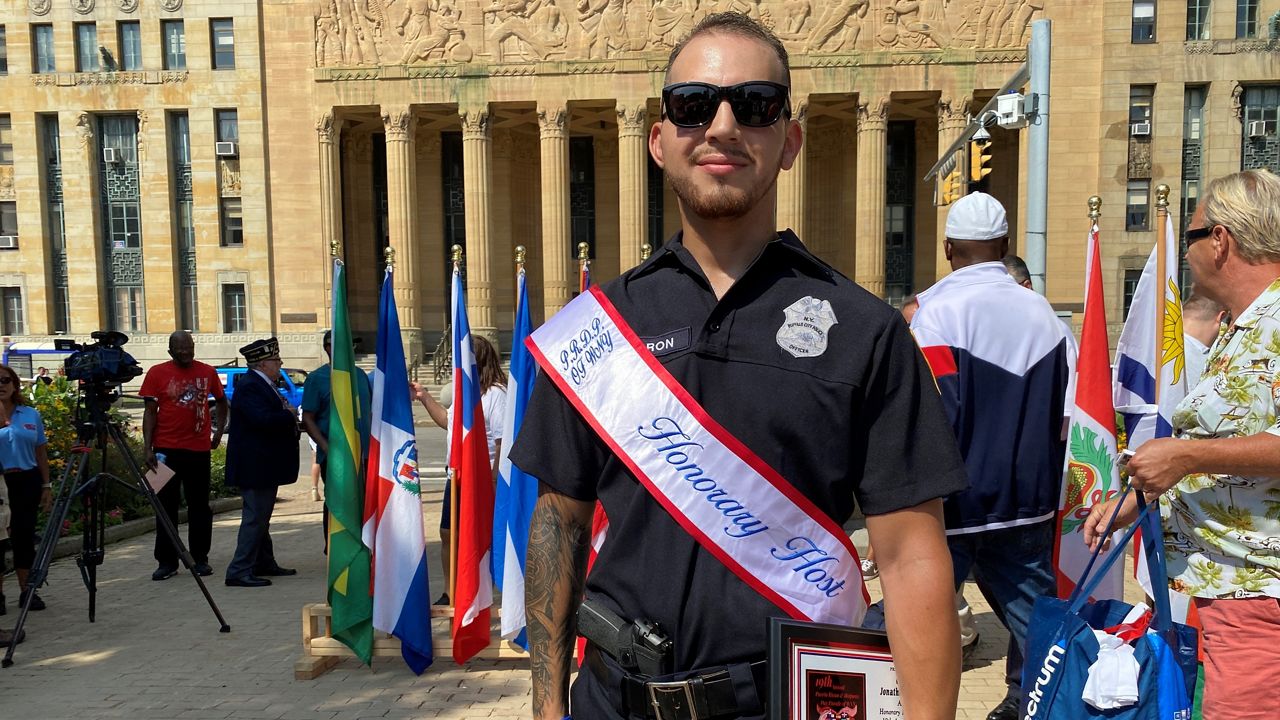 BUFFALO, N.Y. —   History and culture took the center stage in downtown Buffalo on Saturday, as the 19th Annual Puerto Rican and Hispanic Day Parade kicked off in Niagara Square with the raising of the Puerto Rican and American Flags, signifying unity.

Though contributions through food, music, and dance are often recognized, the greatest contributions of the Hispanic community go beyond those, especially in the city of Buffalo.

Recent census data shows Buffalo’s population increased by about 17,000, largely thanks to the growing Hispanic communities in the city.

Even more, these populations include our everyday heroes, like honorary Puerto Rican Day Parade host Officer Jonathan Negron, who was seriously injured in the line of duty when a light pole fell on his car in June. After recovering from a medically induced coma that lasted over a week, being part of the celebration meant more than ever.

“It feels great to hear the stories of people coming together," Negron said. "That’s the most important part, and not just for me, but for my family as well. It means a lot. They all came together just because of the traumatic event that my family had to undergo, but I’m here now, and I’m blessed.”

The theme this year was distante pero juntos, or distanced but together, signifying that although the celebration was scaled down this year due to safety precautions amid the pandemic, the community spirit is alive all the same.

The parade proceeded down a stretch of Niagara Street designated as Avenida San Juan in 2013 to recognize the growing Hispanic population. With families and onlookers flanking the sidewalks and watching from their porches, love, culture, and community were ever present.

“Very proud day for our community and that’s what this is all about, community," said Casimiro Rodriguez, grand marshal of the parade. "All our children, all our neighbors, all our friends, and everyone here, family and friends together, celebrating what it’s all about; community.”