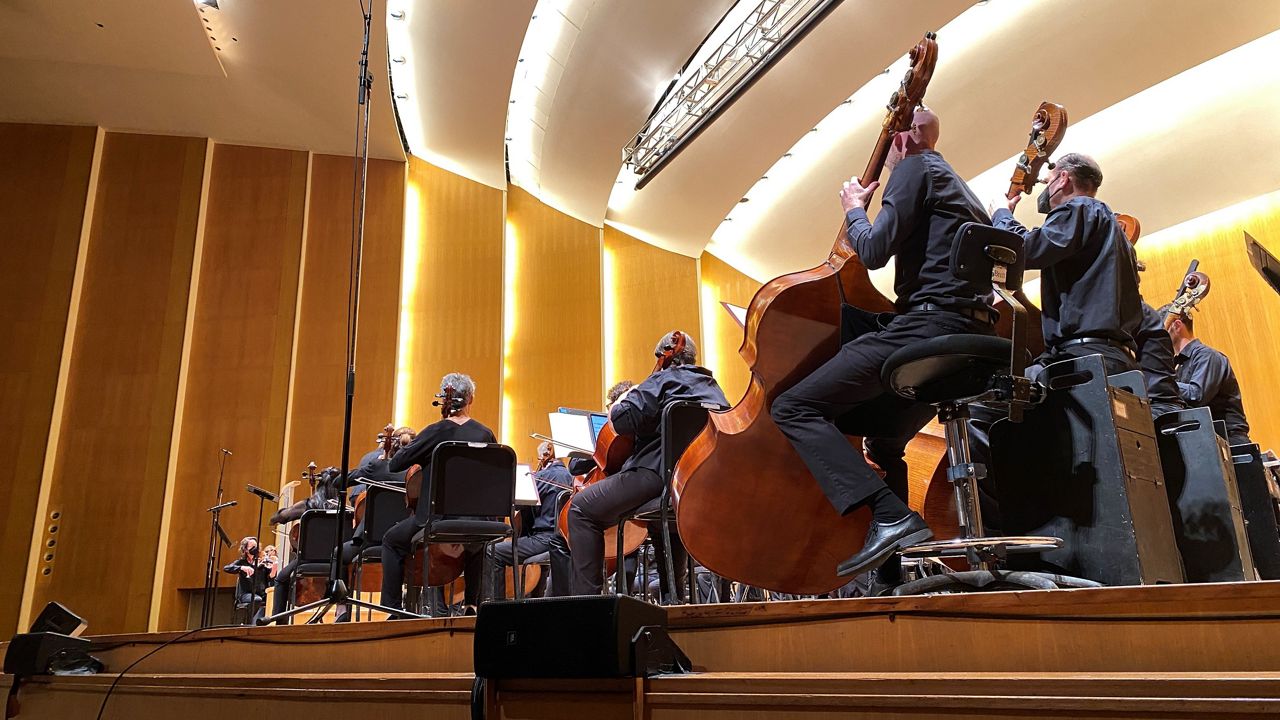 BUFFALO, N.Y. — The Buffalo Philharmonic Orchestra played to the tune of healing Sunday night, offering a free concert dedicated to victims of the Tops shooting in May. The sounds brought all ages and races together, in direct contrast to the vision of the individual who infiltrated the city with hate.

“He didn’t do what he really wanted to do, and that was to drive all of us apart from each other, to create this division where we would be filled with hate; that didn’t happen," said Buffalo Philharmonic Orchestra musical director JoAnn Falletta. "Instead, I think the community has come closer together in supporting, in helping, in vowing that this will never happen again in our city.”

Falletta worked with members of the East Buffalo, including Pastor Julian Cook of Macedonia Baptist Church, who sang baritone in the concert, to find the right time and place for the musical tribute.

The concert was originally to be held at Johnnie B. Wiley Pavilion, a little more than a quarter mile away from the scene of the tragic shooting. The performance had to be moved to Kleinhan’s Music Hall due to threat of inclement weather. Still, the show was devoted to members in and around the healing Jefferson Avenue community.

The late afternoon show was indeed about music, which for ages has served to heal the brokenhearted, especially during times of great tragedy.

“Healing can be accomplished by music, especially, when we are listening to it together,” Falletta said. “That makes a big difference. There’s something really almost sacred about being in a concert hall, sitting next to one another, even people you don’t know, listening to music together. There’s something that happens in your brain and it’s a good thing.”

Many within the audience experienced new sounds, as the program consisted of rare pieces from all Black composers. Falletta said the BPO has been incorporating more diverse programming in its post-pandemic programs, and this dedication to Buffalo’s Black community is a sign of more to come.

“It’s been wonderful because it’s as if I’ve opened for myself all of these possible doorways to great music that we have not played, considering this concert where there’s a lot of music that people will never have heard, but it’s great music," Falletta said, adding that she wants to make the healing concert an annual event to take place at venues in East Buffalo.