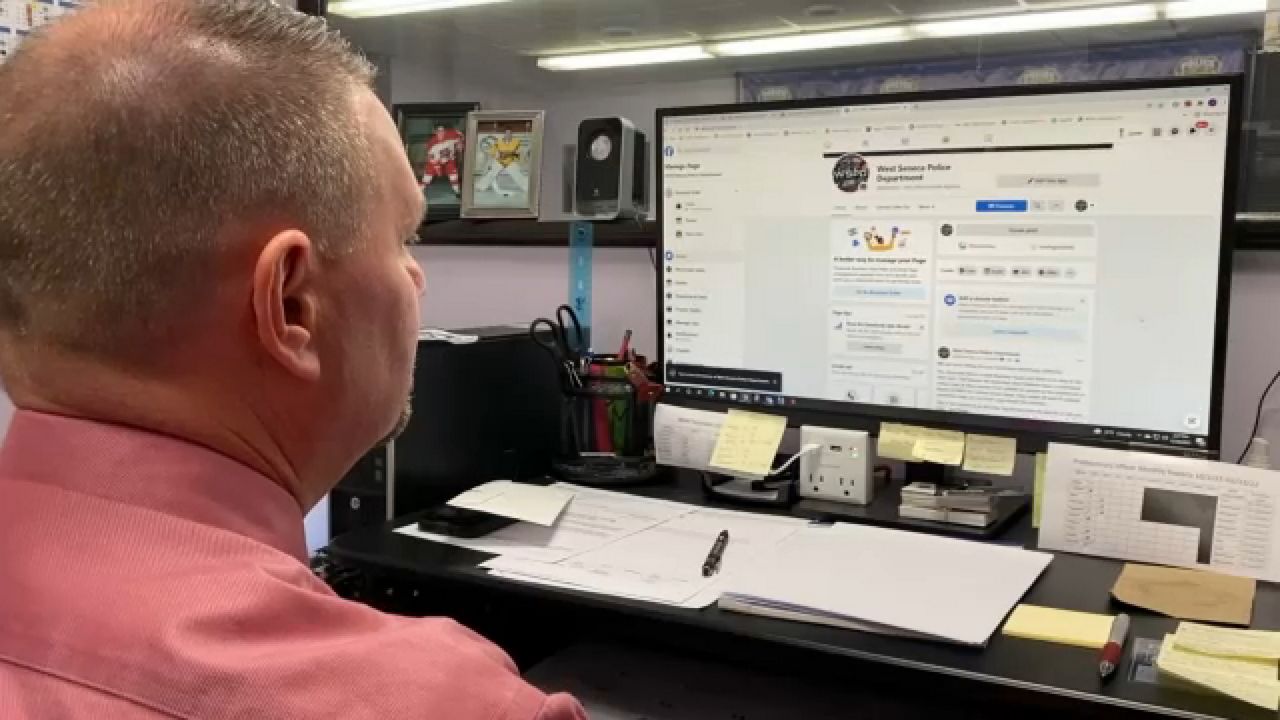 WEST SENECA, N.Y. — When you think of comedians, you probably don’t conjure up the image of a police officer, but more departments are using humor to help connect to the public.

“We're part of this community. We're not just policing it,” explained Lt. Jonathan Luterek, with the West Seneca Police Department. “We feel it's important to connect with them.”

Policing is a serious business. Lt. Luterek should know. He’s been with West Seneca PD for 11 years.

Ever since March 2020, however, there are a few more chuckles going around.

“People were a little bit down [because of the pandemic] and we thought we might try something a little bit different to see if we can brighten some spirits and, selfishly, we wanted to get some more followers,” explained West Seneca PD’s captain of administration James Unger.

It started with a sentence: “Good morning to everyone except Carole Baskin.”

It was a little dig plugged into pop culture which spread like wildfire.

The department then realized that this humor could bring more than just smiles.

“When we would put out a video, or a statement, or a request for some assistance, we just had that many more eyes kind of looking out for us,” said Unger.

People from around the world started reading and watching their posts.

“All right you guys, let's listen up. We won a game yesterday. We win one today, that's two in a row. We win one tomorrow, that's called a winning streak,” said one post about car break-ins that referenced a movie clip.

For the department, it’s the local impact that matters more than views.

“Almost every single day, someone will mention something about how much they enjoy our social media presence,” said Luterek. “It's definitely improved our relationship with the community that we police and allowed for more trust.”

Everybody at the station bought into this new fun side, chipping in with jokes here and there.

“Our favorite post? It's hard. It's hard to pick just one,” said Luterek.

Sometimes, they even become the joke themselves.

“When Officer Schnitzer washed his face, how far up does he go? #Blinded by the light,” said one WSPD version of “Mean Tweets.”

“We're just trying to show people that we're out here to do the right thing, protect the community, and we're just we're human like everyone else,” Luterek explained.

If you’re left wondering who the comics behind the posts are, you won’t find any answers here.

“The mystique has kind of taken on a life of its own,” joked Unger. “Everyone's trying to guess who it is, so we're kind of letting that roll.”

Of course, they understand not everything is a joke. This is, after all, a police department, not a comedy club, But where they can, a little humor here and there never hurt.

They also help relieve some of the stress the officers might face on a daily basis too.