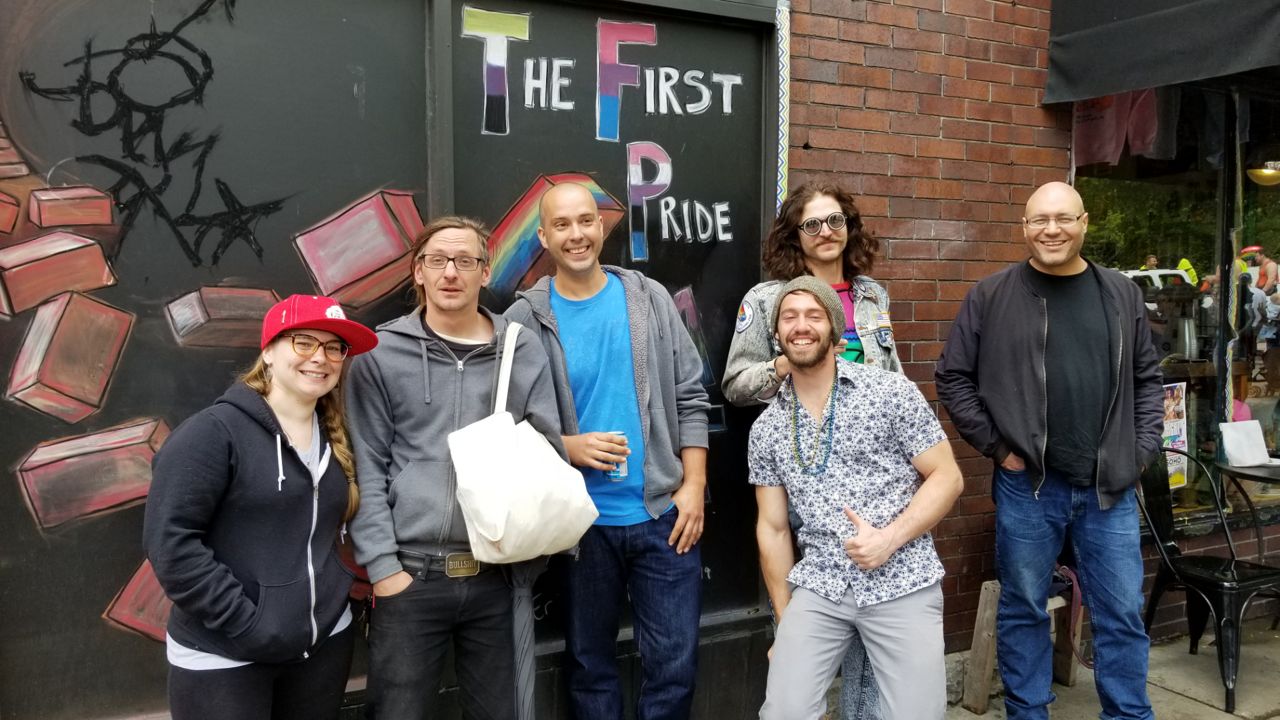 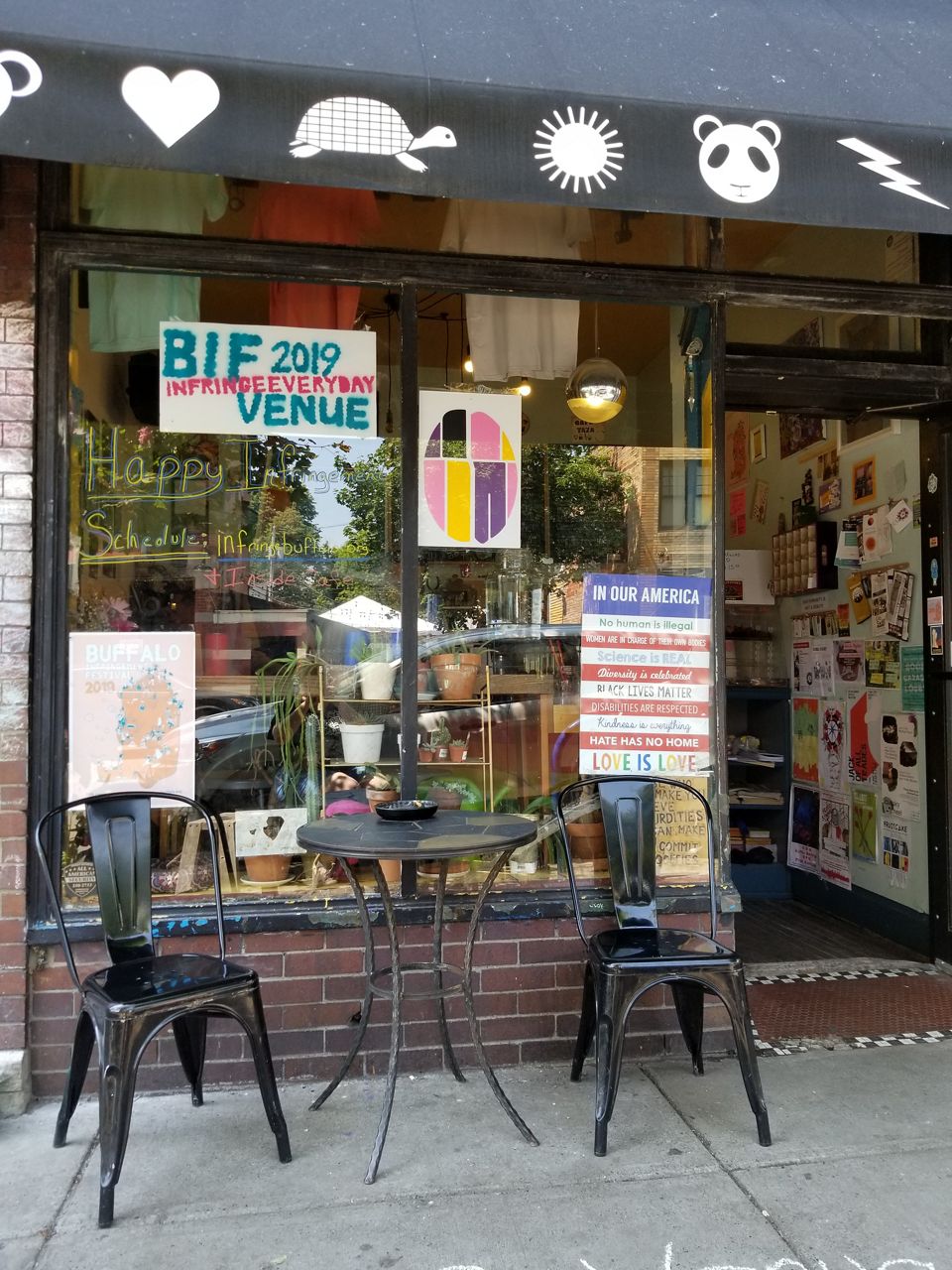 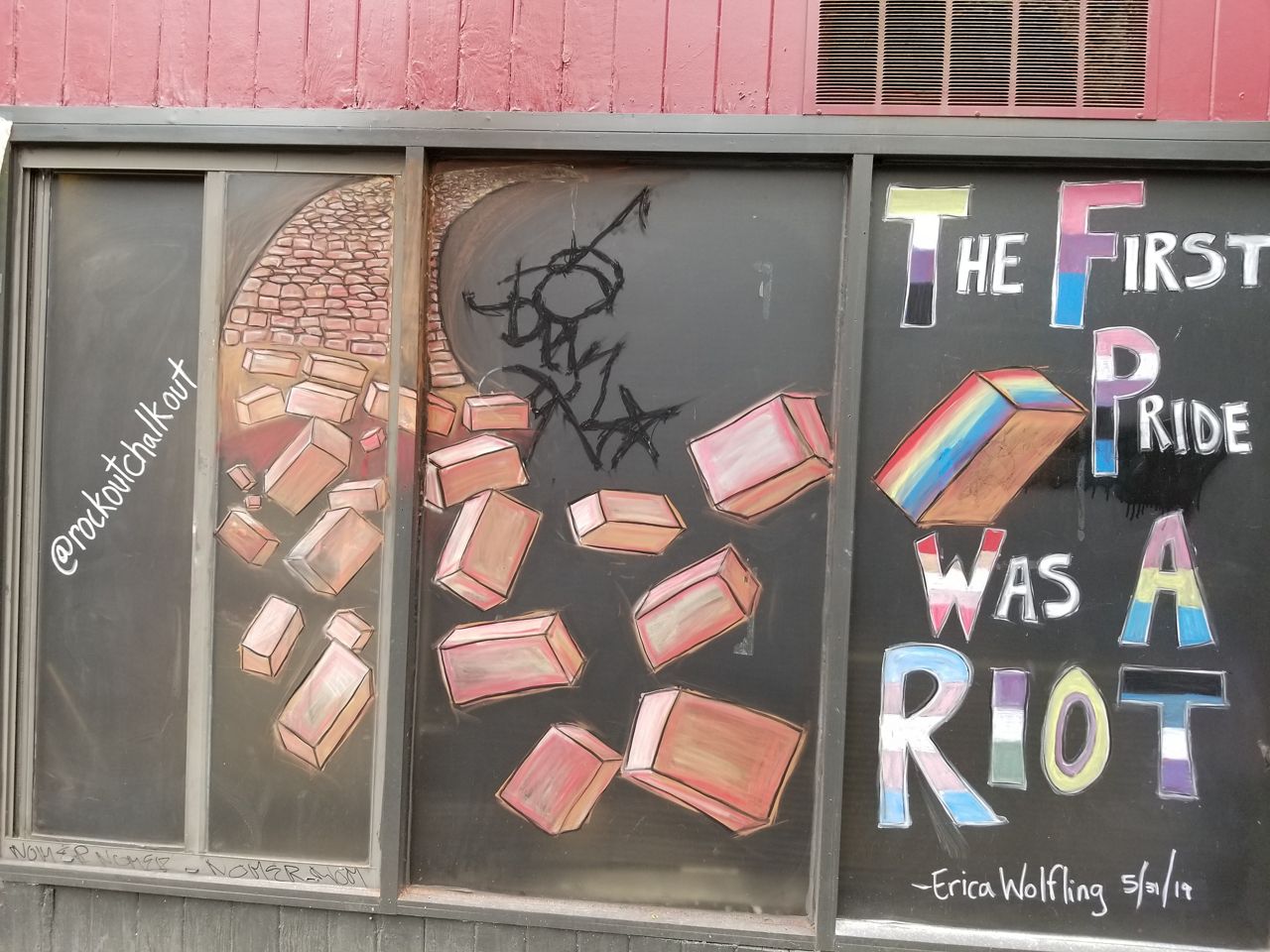 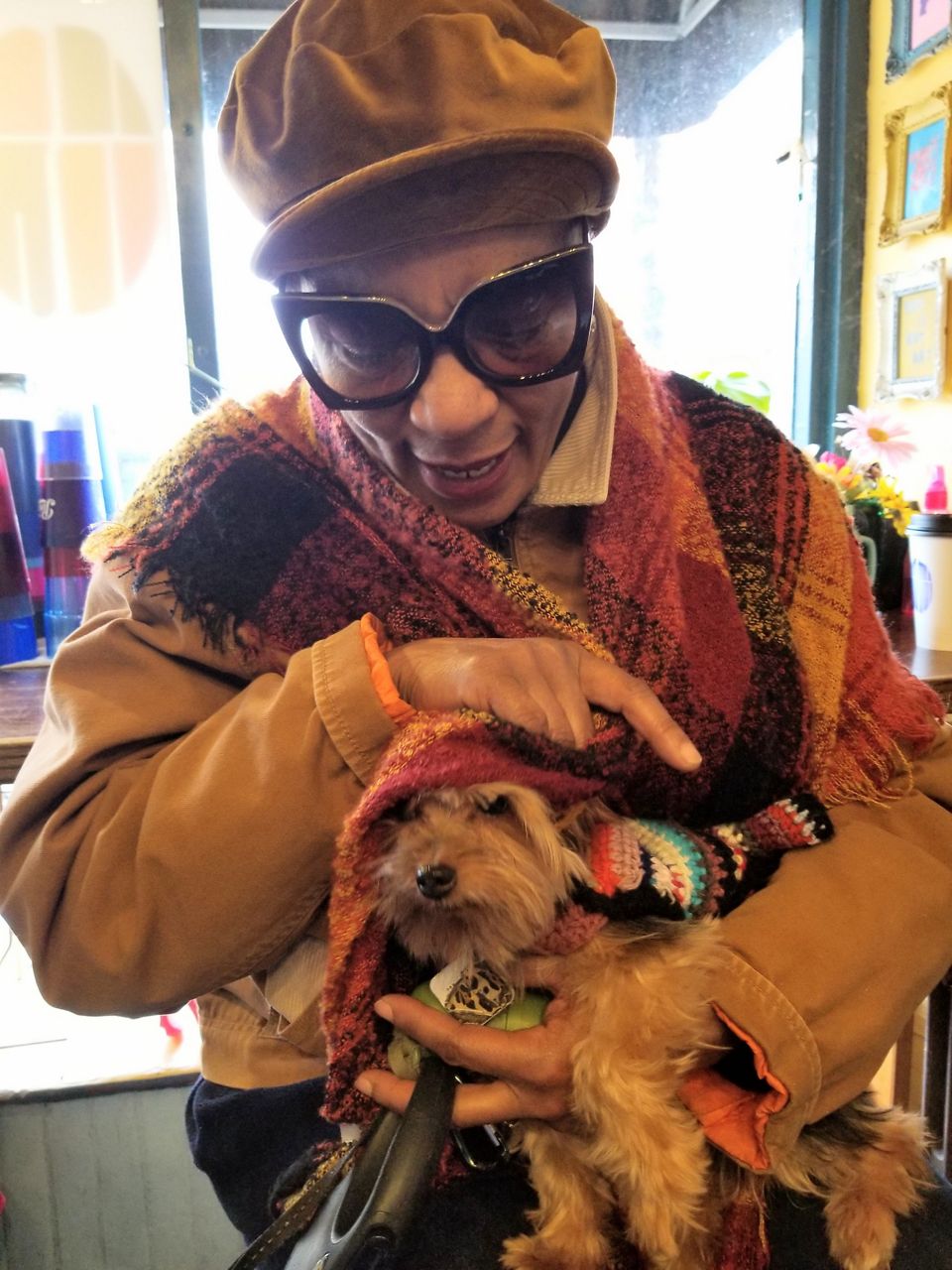 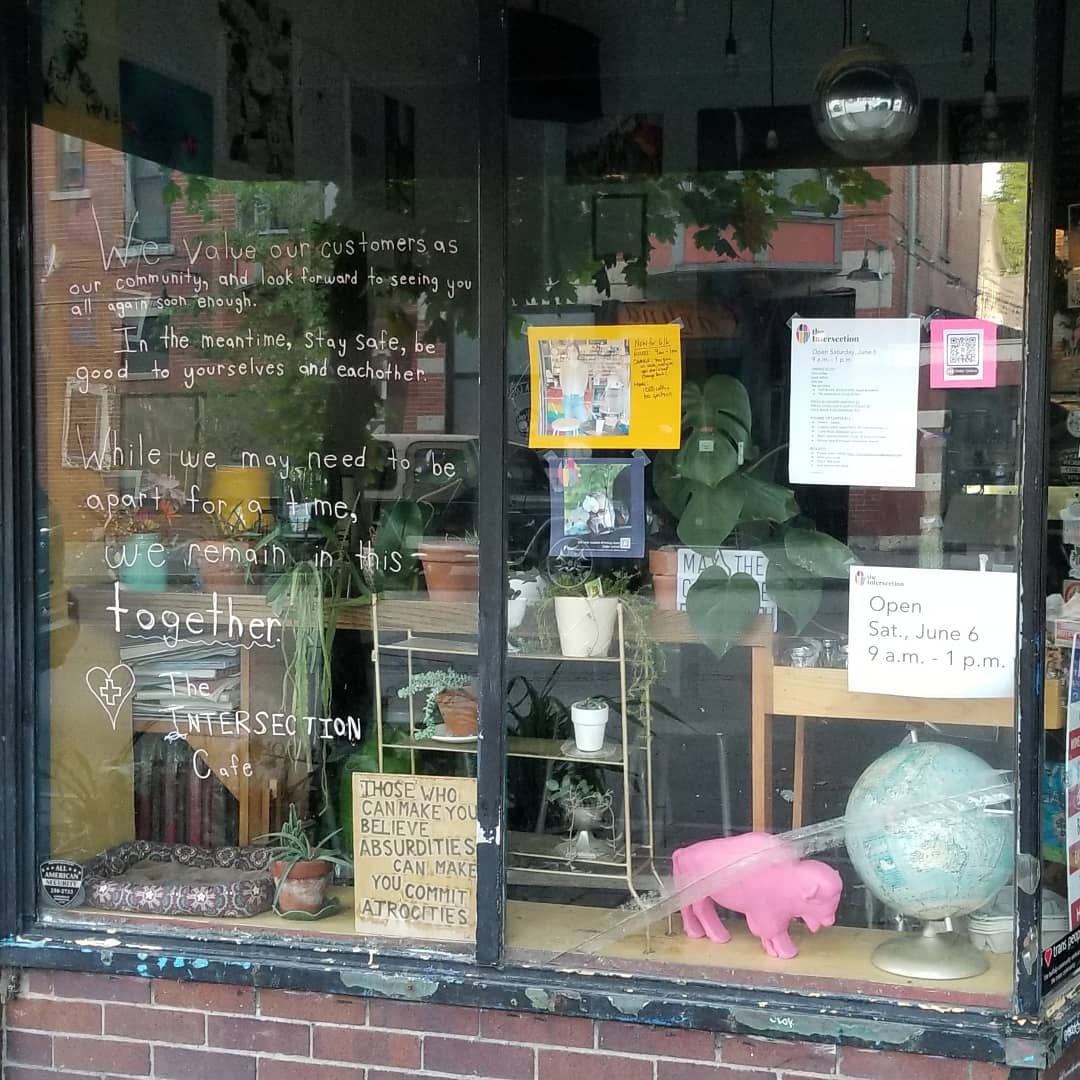 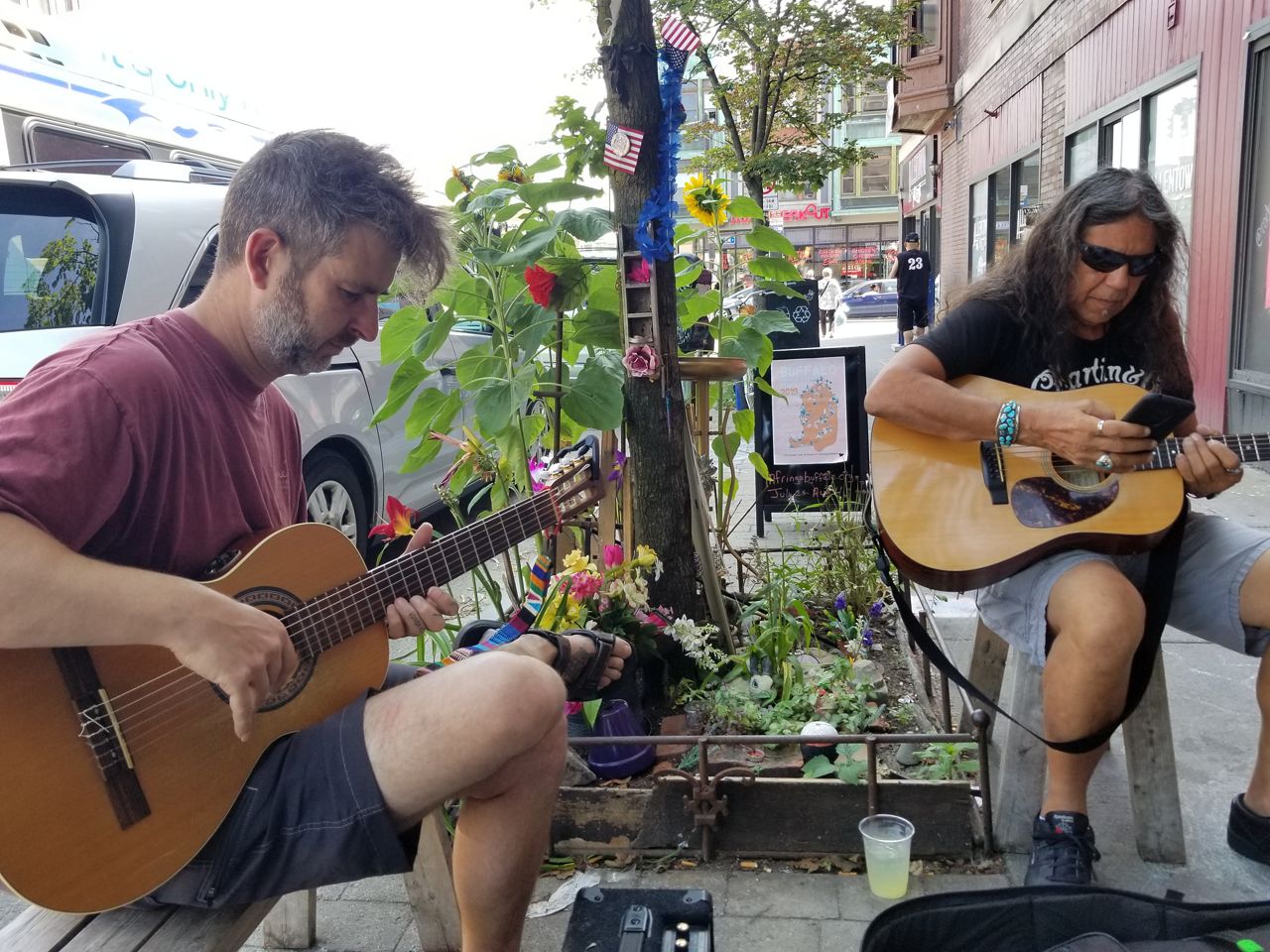 Buffalo Pride Month: Committing to Conversation - A Push for Progress During Tough Times

Pride Month may be one of the most colorful times of year — and that’s not just because of its traditional parades and festivals.

As the LGBTQ community has become more accepted, many stores, companies, and other brands often change their logos to temporarily incorporate rainbow colors and flags, which is the main symbol representing the LGBTQ community. That may sound inclusive, but many members of the LGBTQ community are speaking out that this is not enough — and not what Pride is about.

“I can't say I'm a huge fan of corporations being at pride because it feels like kind of a sell-out,” said Eli Schmidt, a gay trans man from Amherst. He’s currently attending the University at Buffalo studying law. Like many others, while he appreciates the support, he questions how sincere the messages are at this time.

“A lot of the companies I feel that sponsor pride show up June 1 with rainbow flags [as their] Twitter icons and then July 1, that's over,” Schmidt said. “And then it's like we don't talk about gay people again until next year.”

He says that this year, since the Buffalo Pride parade and festival were cancelled due to the coronavirus pandemic, and with the rise in the Black Lives Matter movement, there’s been less of a focus on capitalism, and more of a focus on activism.

That’s something agreed on by Alice Ahern, a trans woman from Buffalo. “What pride was lacking in before [was] not corporate sponsorship … [but] accurate representation of real problems that the LGBTQ+ community faces, and specifically Black and POC LGBTQ+ community faces,” she said. Like Schmidt, Ahern highlighted that now is the time for continued change.

“The parade isn't as important as addressing that Black lives matter and Black trans lives matter; so I hope our community, specifically white and ‘white-passing’ folks, take this time while Black and POC voices are being elevated to listen, to reflect and to repair,” Ahern explained.

This need for reflection, support and activism can be found nestled into one of Buffalo’s small businesses. Just off the corner of Allen Street and Elmwood Avenue in Buffalo is the Intersection Café. While a stop here will fix your caffeine craving, it’s known for something much more important than its menu.

“There are no other café’s that you walk into and people are literally having a conversation about 15th century rabbis, and the importance of that 15th century rabbi to the Enlightenment movement,” attorney Heidi Jones said. Together she and her wife, Dianne Britain, have owned the Intersection since 2018. It was previously Café Taza. The couple renamed it, not only for its location, but because to its close-knit group of regular customers, the space is known for discussion on diversity, among other topics.

“We don't have WiFi very intentionally, because we want to encourage that conversation,” said Jones. “The space is so small that you're pretty much in each other's personal space. So thinking that you're going to go and set up your laptop and work in the corner for five hours...that's not a thing that happens here.”

She said that while some businesses may see Mondays and Tuesdays as slower for business, when the Intersection was open daily (before the pandemic), it would see the same amount of sales as any other day because its regular customers were that regular and connected. She said that made it difficult when the café had to temporarily close.

“The café means the world to me...[but] not just me, you know,” Jones continued. She did hold some online Zoom meetups, but she explained that some of the regulars aren’t big internet users, so it wasn’t the same. Jones said it was also hard to be closed and separated from everyone after the initial Black Lives Matter protests back in late May, since many of the regulars were, and have remained on the front lines.

Traditionally, the Intersection celebrates both Pride Month and Juneteenth every June. One way they do that is by picking a featured artist of the month that Jones says would be “both a person of color and queer.” The café is now open on a limited schedule with outdoor seating only and hasn’t been able to feature an artist.

But, if you wander to the Intersection to enjoy a coffee outside, you’ll be able to spot the signs in its windows. Jones said they share messages such as, “Those who can make you believe absurdities can make you commit atrocities” and “Black Lives Matter.”  There is also a piece of artwork that says: “You Are Loved.”

“I think those [messages] sum up the café’s perspective and environment, and political goals…about love, about community, and about generation.”

The cafe’s current hours are Thursday through Sunday, 9 a.m. to 1 p.m. Jones said they are following guidelines from the state and actively monitoring ways to gradually open, while remaining as safe as possible for both employees and customers. You can follow the café on Facebook and Instagram for updates.