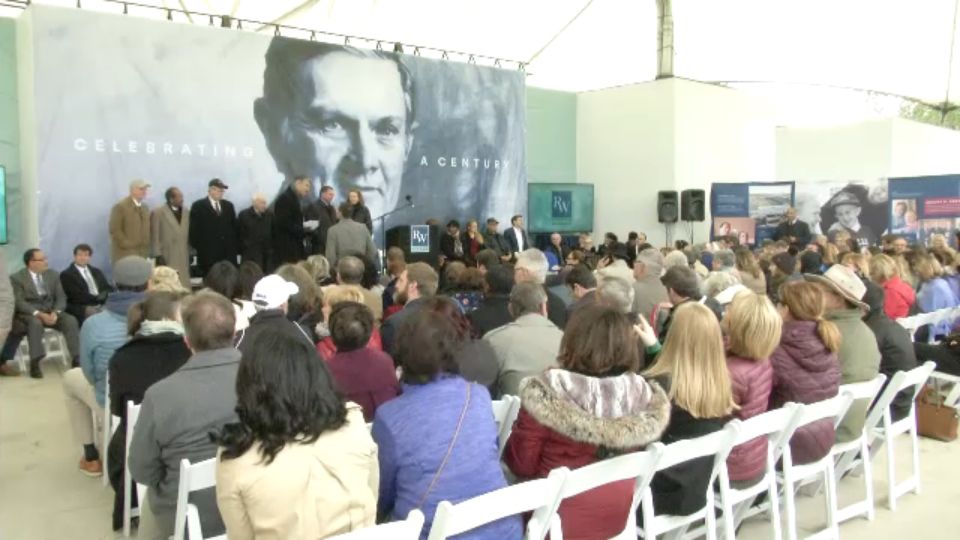 The Ralph C. Wilson Jr. Foundation is donating $200 million toward mirroring parks in Buffalo and Detroit.

Wednesday would have been Ralph Wilson Jr.'s 100th birthday and his foundation plans to celebrate by giving back to Western New York.

"Ralph was committed to exercise, staying active and enjoying life," his widow, Mary Wilson, said in a release. "It would make Ralph so happy to see people of all ages enjoying these enhanced parks and trails for years to come."

$100 million from his namesake foundation will go toward public green space here — $50 million for LaSalle Park along Lake Erie in #Buffalo and $50 million toward a connected trail system. LaSalle will be renamed Ralph C. Wilson Centennial Park, with a mirroring park in Detroit. pic.twitter.com/WMopKRGfce

Wilson founded the Bills in 1959 as an AFL team, then led them through the AFL-NFL merger.

The highlight of his ownership came in the '90s, when the Bills reached four straight Super Bowls.

"If you don't know, I love Buffalo and I always have," Mary Wilson said. "When Ralph brought me to my first NFL game in 1990, I was his date, I fell in love with Buffalo and it's been a love affair ever since."

As his health faded, Wilson made sure his team would stay in the Queen City.

"His vision illuminated our landscape and his humanity enriched our community," Brown said.

The Ralph C. Wilson Junior foundation has donated millions of dollars to improve Western New York and his childhood home of Detroit. Southeast Michigan communities will also receive $100 million for parks and trails.