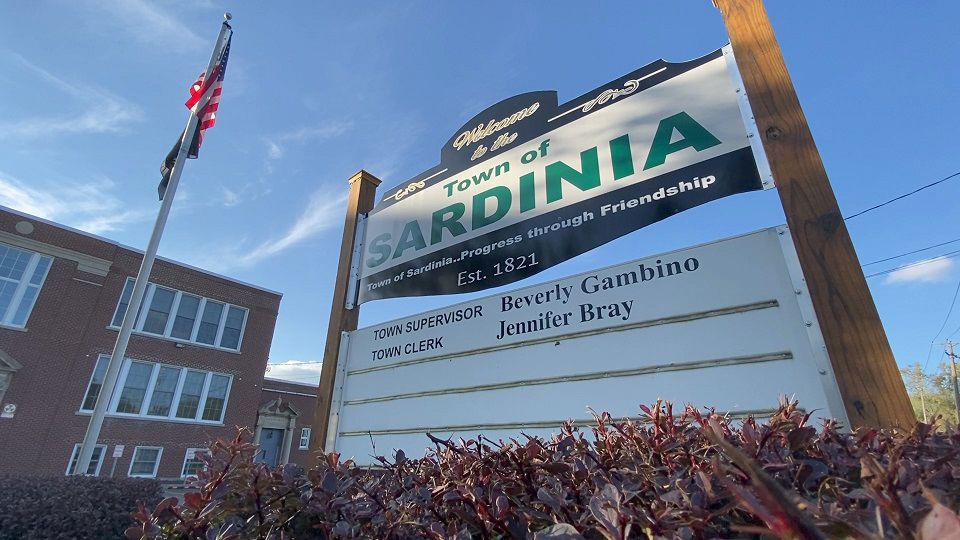 Doubts over Erie County zip code reported to be 100% vaccinated

SARDINIA, N.Y. — As vaccination efforts increase throughout the state, there’s one zip code that’s been listed at 100% vaccinated since April.

The zip code 14134 is the small town of Sardinia in the bottom corner of Erie County.

The vaccination numbers were immediately met with doubt by the locals.

“I live two blocks away and I know at least half our town refuses to do it,” said Prutsman.

The people we spoke to say there’s a lot of vaccine hesitancy, doubt in its effectiveness and mistrust in government figures advocating for the vaccine.

“There's no way I can believe 100%," said Mark Ferguson, who lives close to the area and knows people in 14134. "The amount of people I know in the area are not going for the jab.”

A few people who live in this zip code who didn’t want to be identified also said they were not vaccinated. If none of the people we spoke to who live in or around this area believe those numbers, maybe there is something off.

Spectrum News 1 headed to the top to talk to the town’s supervisor.

“I just don't believe that it could be possible,” said Beverly Gambino, Town of Sardinia supervisor.

She says she has family in this zip code who are also not vaccinated.

“There's three off the top of my head which, they're family, I mean I don't go around asking people if they're vaccinated or not,” Gambino said.

Other surrounding areas have similar rates.

Gambino says she doesn’t put much weight on the numbers.

“Eighty-three people [in this zip code] out of around 2,700 population [in the Town], so you're talking 83 people, so really doesn't give me an idea of what's going on down here,” said Gambino.

When Spectrum News 1 asked the Erie County DOH about the numbers, they said they’re estimates and pointed us to the state.

New York State DOH said the numbers come from the CDC, which caps percentages at 99.9%, but says if census data doesn’t include all people who live there, the numbers could be higher.

Gambino did tell us later that she thinks mistrust in government could have dissuaded some from filling out the census. So could this just be an issue with population data?

“There's always errors in the estimates that they make,” said Robert Adelman, a professor and chair of sociology at the University of Buffalo.

Adelman couldn’t speak to what the CDC is doing, but says when it comes to yearly counts or the census every 10 years, there are ways to fill in gaps.

“The census uses administrative records to fill in some of the gaps, they use proxy responses from neighbors, etc. to fill in the gaps, and then they use imputation if they have to, which is a statistical technique,” he said.

The CDC hasn’t gotten back to Spectrum News 1 with any clarification.

So for now, the question remains: if these numbers aren’t right, how far off are they really?

One thing that can be said is that it does seem like 100% vaccinated might just be a number that’s too good to be true.