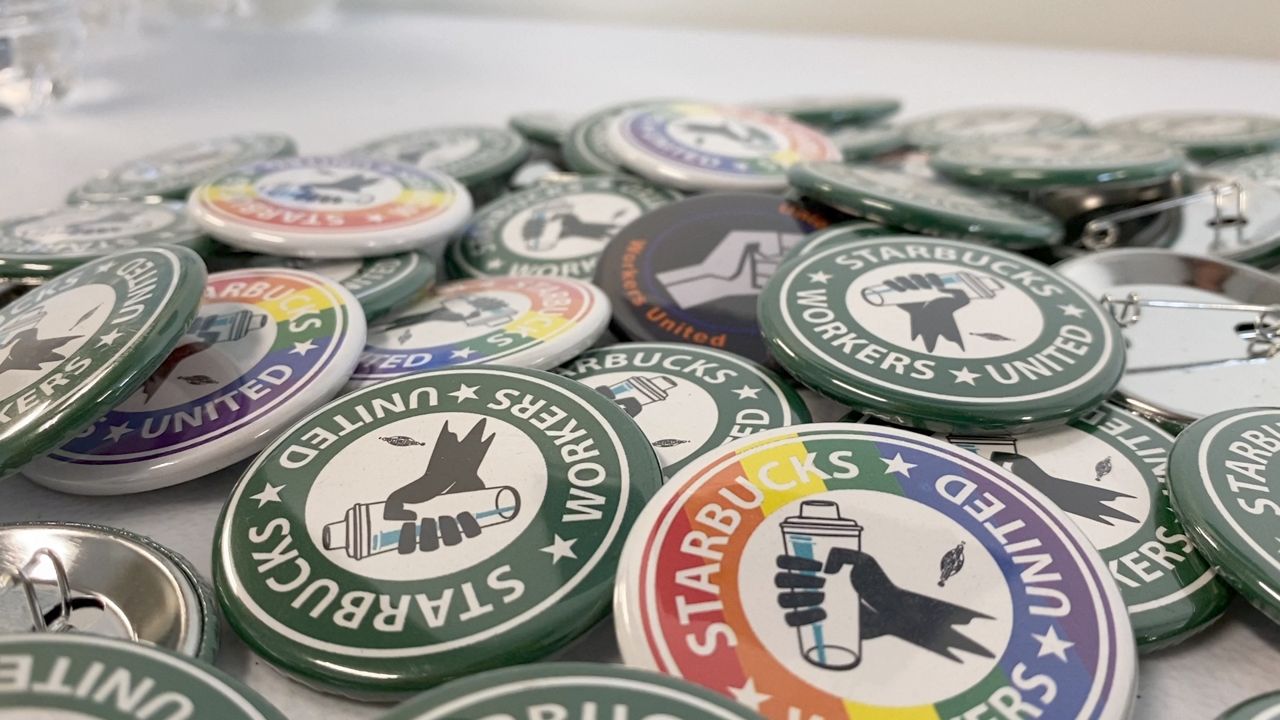 One year later: The impact of Buffalo Starbucks’ unionization

On Aug. 30, 2021, the first group of Starbucks stores in Buffalo filed petitions to vote to unionize.

A few months later, the location on Elmwood Avenue made history as the first unionized Starbucks location in the U.S.

It came after unions were at their lowest levels since 1983, with 10.3% of U.S workers in unions.

But with that August petition, Starbucks workers became the first in what went on to become an avalanche of pro-union pushes. Between Oct. 1, 2021 and March 31, 2022, union representation petitions went up by 57%.

Whether Starbucks workers were what inspired this, or whether the pandemic brought out concerns that workers wanted addressed, there’s no doubt unions have been a big headline this past year.

A part of that push at Buffalo Starbucks locations is Victoria Conklin. It wasn’t long ago that she was anti-union, but today, she’s part of the Starbucks Workers United push. It was back when mask mandates were reinstated in New York that made her flip.

“Starbucks told us that we could not enforce it in the cafe, which made me feel like my partners and I were at risk,” Conklin explained.

The first store unionized in December.

Over 180 stores are now unionized, with more on the way. Workers are now demanding higher pay, affordable benefits, safer working conditions and more.

“The service sector has not been a hotbed of unionization,” said Erin Hatton, an associate professor of sociology at the University at Buffalo.

The return of unions is an exciting thing to see for Hatton, especially since unions have been declining since the 1950s.

“I think the pandemic really kind of shifted a lot of things in the American economy and workers' consciousness,” Hatton said.

Essential workers were suddenly asking for more, not just at Starbucks, but at places like Amazon, Apple, Delta and many more.

“I do think we're seeing a real reversal of the long-term downward trend of union density,” Hatton said.

But it’s not easy.

In a statement, Starbucks said:

Conklin herself was fired for being around 30 minutes late to her shift. She believes it was because she helped organize a union at her store.

Conklin’s firing did come after a separate write-up for improper store lockup. But she stands by her belief that she was targeted and is fighting this.

“I am a person,” she said. “I have an identity that matters and that needs to be protected.”

Even amid legal battles and losses, Hatton sees workers fighting for their needs to be met across sectors.

“Something is really shifted,” she noted.

Hatton doesn’t expect that to stop.

“These things tend to go against workers and so when they win, that means it's very powerful,” she said. “It's a powerful suggestion of how strong they were.”

Conklin is doing her part.

“We're creating a national training plan to kind of help everybody get on the same page,” said Conklin.

Encouraging employees in those other industries to keep fighting as well.

“Losing a union election is still a win,” she noted. “You're still standing up to a billionaire, you're still taking on a multibillion-dollar corporation.”

She remains determined to not let this movement slow down.

“With the rise of social media and this generation being as politically involved as we are, we're changing the public perception of unions,” Conklin said. “It was always only a matter of time before like Gen Z started holding corporations accountable to its workers.”