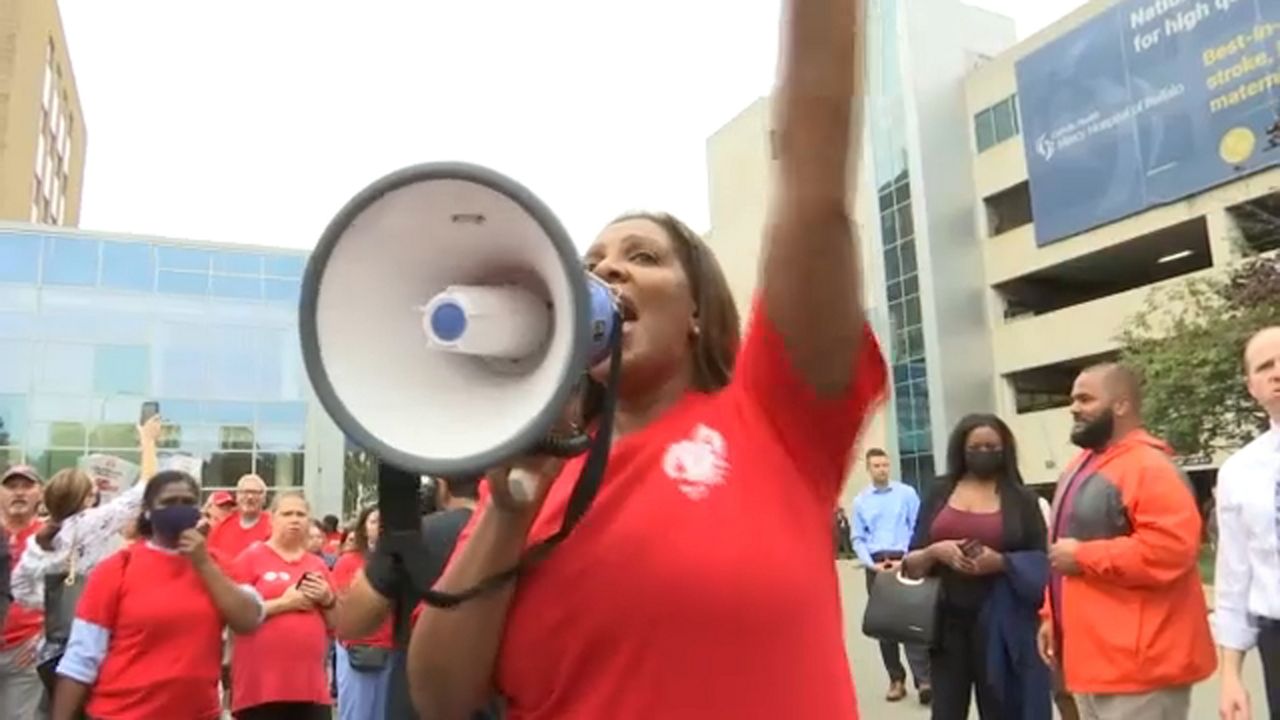 "We need to stand with all of you,” James said. “This is a moment in history where the hospital needs to stand up and do the right thing for the workers who were there for them in the midst of a pandemic.”

The health care company in a statement reiterated its belief Friday it has addressed staffing concerns and presented a competitive wage package. However, CWA Local 1168 President Cori Gambini said they're not quite there yet.

"Our days start at 9 o'clock in the morning and go to like 9, 10 o'clock at night," Gambini said. "We're having good conversations and we are working very hard to reach an agreement."

The union leader said, on Day 15 of the strike, James' visit gave people on the line a much-needed boost.

"You can see from our members and our support that it gives us energy, that we have people in our corner," Gambini said. “It's hard being out on strike. It's the last action anyone wants to take."

But the attorney general said she's providing more than just moral support. James believes Huffmaster, the agency providing replacement nurses and security for the hospital, is operating without the proper license.

Her office sent a letter this week to the Michigan-based company asking it to cease providing services and ensure employees aren't interfering with picketers' rights to protest.

"We said it is illegal to hire a company that does not have the appropriate license," James said. "As the chief law enforcement officer of the state of New York, I urge this hospital to remove the scabs."