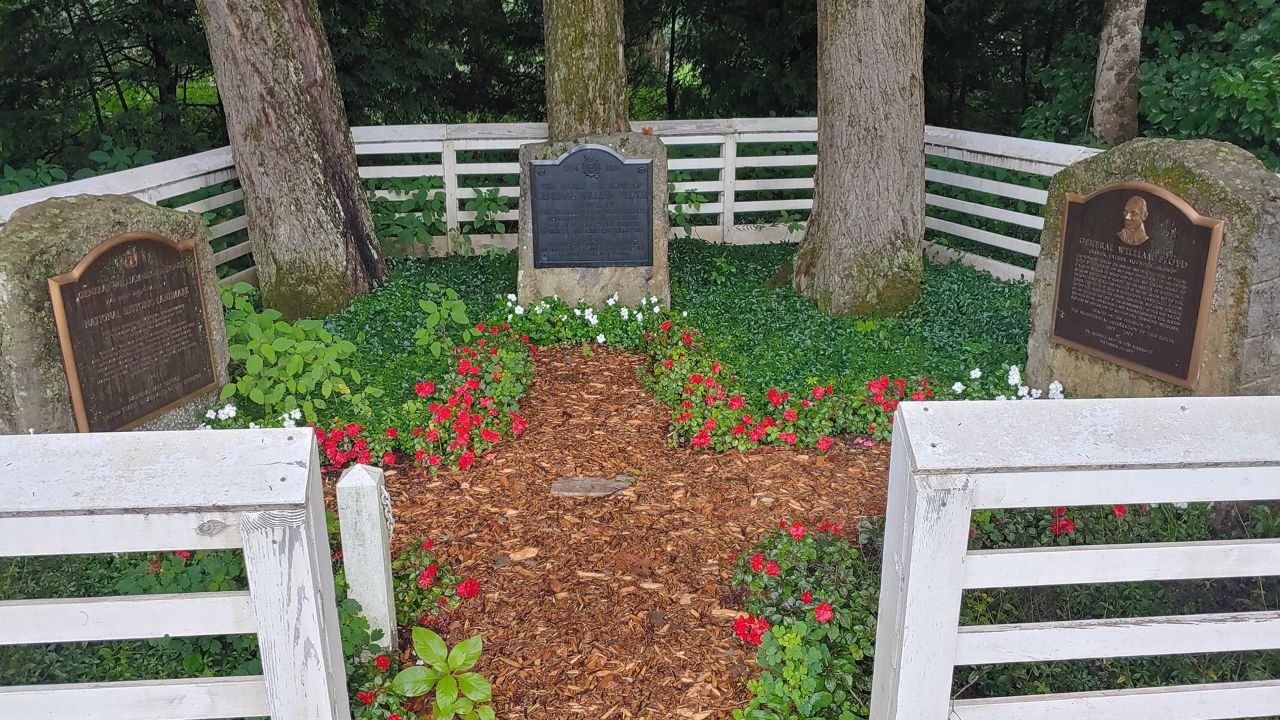 Preserving Mohawk Valley's Past While Continuing to Seek Justice

Some things change over the years.

For example, the Hope Chapel African Methodist Episcopal Zion Church hasn't always been on South Street in Utica, but its mission has always been the same.

Pastor Sharon Baugh says it was founded by abolitionist J.W. Loguen in 1848, promoting the love of God and justice.

"He was aggressive in his speech, in his declaration, in his unwillingness to back down, and in his clarity of what he stood for," said Baugh of J.W. Loguen.

Earlier this month, a Black Lives Matter mural was unveiled in Utica, and Baugh was one of the speakers. She thanked God for unity as justice continues to be sought.

"I have to be beholden to the people I serve," she said.

Pastor Bough is a passionate leader, motivated by the injustices she's seen and experienced; pursuing compassion, equality, love, and justice for everyone.

"I had a brother who was murdered," she said. "He was murdered by two young Black teens. So when that happened, I didn't need a social worker. I needed a police officer. I needed a detective. But at the same time, I've been racially profiled."

Pastor Baugh says about 10 years ago she was taken to jail because of a running light being out during the daytime.

She believes poverty, including lack of educational and health resources, needs to be addressed in order to move forward.

When asked what she thinks J.W. Loguen would think of the world today, Baugh said, "I think anybody coming out of that era, looking at this era, it would not escape them the progress that has been made. That would not escape them, but there are some things that are similar fights that still exist today."

"I said, 'You can't just look at Fort Stanwix. You've got to look all over the county. Fort Stanwix is such a small part of the story. Surely you want to know more than just Fort Stanwix,' and so we decided we were going to do an exhaustive study," said Oneida County Freedom Trail Commission co-Chair Jan DeAmicis.

After many years, more than 2,500 names were collected by DeAmicis. They are being analyzed for the project. The names are of men and women who are long gone but whose stories are being revived.

"We've been able to search through newspapers, find obituaries of people who were parishoners at the African American churches in Utica and Rome, and just be able to put some biography into people who have been forgotten and who were important in every way," said Fort Stanwix Underground Railroad Project Historical Consultant and novelist Deirdre Sinnott.

Investigators say some people may be surprised to learn African Americans fought in the American Revolution, and say some were involved with what happened at Fort Stanwix.

Researchers also discovered a story of an African American who warned soldiers carrying their boats to Wood Creek of the British approaching.

"Now this guy's name is not recorded," Sinnott said. "I don't know any other details about it. But here he was bravely running up and telling these soldiers that, 'Hey you're in trouble and you better take care,' so it's an amazing act of bravery, but yet we don't know anything about him."

In Westernville stands the William Floyd Estate, home of one of the men who signed the Declaration of Independence.

According to the researchers, he also owned the most enslaved people in Oneida County: seven at one time.

"It's a site of enslavement, but at least one of those ran away, so it's also a site of Underground Railroad activity," said Historical New York Research Associates principal investigator Judith Wellman.

A full report should be finished by early next year.