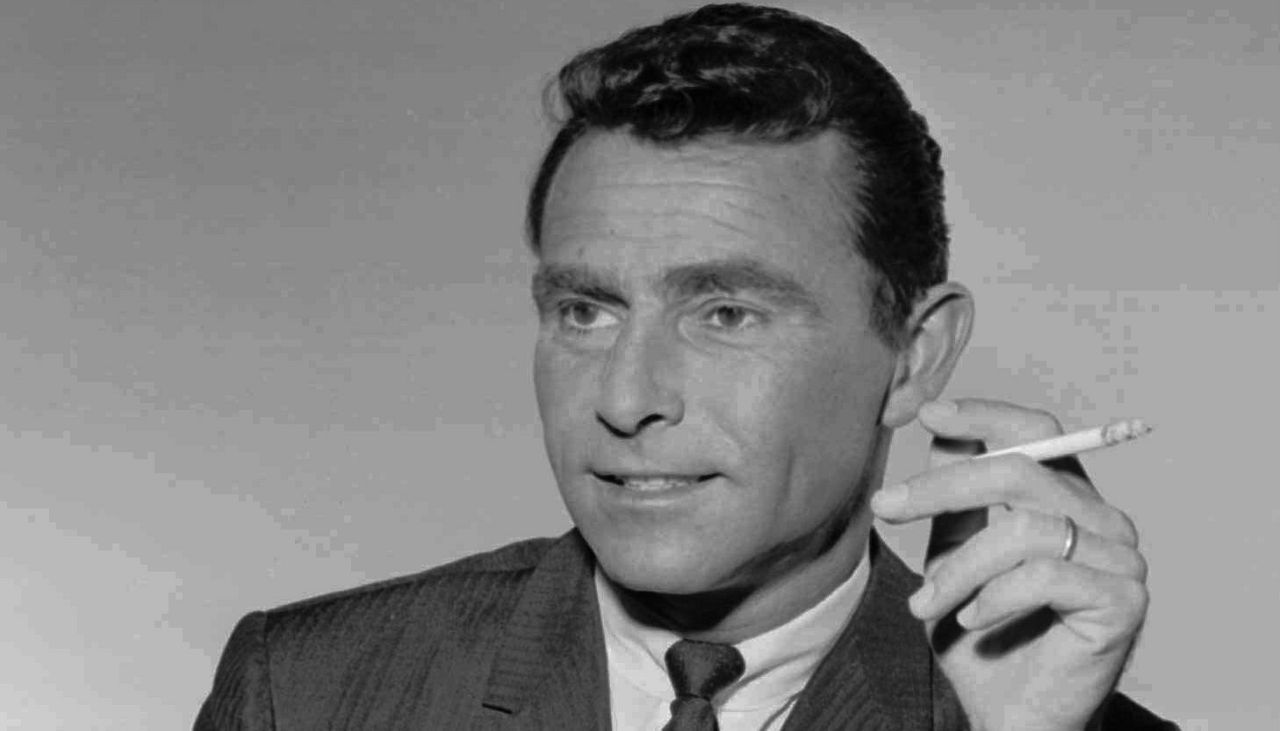 Rod Serling pauses for a cigarette and coffee between scenes during filming of "The Twilight Zone" in this 1961 photo.

As Rod Serling's most famous creation is once again brought back to life, the cultural icon is being remembered more than ever.

Born in Syracuse, Serling would go on to grow up in Binghamton and then teach at Ithaca College.

“He didn’t feel like he had to be a Hollywood personality here, that he could just chill and be himself," said Ithaca College Archivist Bridget Bower.

“The students took all their courses, all their credits for one semester on a course called 'Creativity,'" Bower said.

Diane Gayeski, the Park School dean, was one of Serling's students.

“A lot of us from the 1970s actually have liked our freshman TV commercials voiced by Rod Serling," Gayeski said.

Gayeski said Serling would teach mini-courses and even give students rides up and down the Ithaca hills. He wanted to help them grow their creativity — something he knew a little something about.

“He used the technique of science fiction to be able to talk about things in a way that wouldn’t get censored," Bower said.

Now the show Serling was most known for is being put in front of a new generation of fans, with Jordan Peele's new take airing on CBS All Cccess. Serling's version had a lot of upstate New York woven into it, featuring places in Onondaga, Tompkins and Broome counties several times.

Ithaca College has 150 of the original scripts from the show, including one aptly named “Will the Real Martian Please Stand Up."

Many episodes featured underlying themes of censorship, racism and World War II. A former paratrooper, Serling tried to teach his students not to make the mistakes of the past.

“It was just so inspirational to see someone who cared so much about the next generation and about doing things right,” Gayeski said.

“There’s some really classic underlying themes here, but I feel, I do feel like there’s some resonance with that social justice agenda that he slid in.” Bower said.

Gayeski said some of the issues in the 60s and 70s have resurfaced.

“The thing that he really instilled in us and I think is a legacy in our school is that media should be used for social responsibility," said Gayeski.

Serling will forever be tied to that mission at Ithaca College. His Emmys are still on display there and his grave sits on the other side of Seneca Lake in Interlaken.

Along with Ithaca Colleges Archives, there is also a Rod Serling exhibit at the Bundy Museum in Binghamton