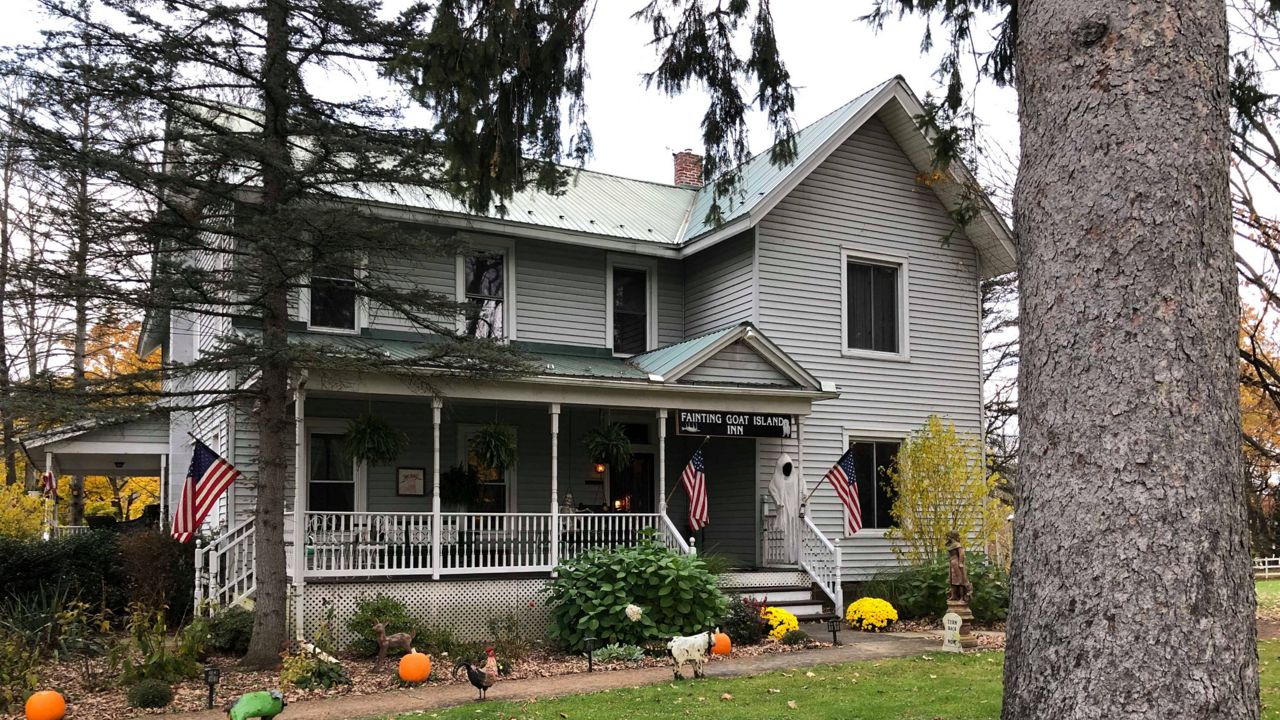 Halloween may be over, but there's one spot that always feels a bit spooky.

Just a couple of miles from the Pennsylvania border is Nichols, New York — home to the Fainting Goat Island Inn — where the pen of goats is not the most unusual thing you might see. Marnie Streit bought the Inn 12 years ago.

“I got it because it had good bones. I didn’t know it was haunted,” Streit said.

The building dates back to the 1850s with its main hall decorated with old photos. As Streit was preparing the Inn, she heard some things that couldn’t be explained.

“You could hear footsteps above us when no one was here yet. We were getting ready to open, but it wasn’t open, and doors closing and things like that. And I am very skeptical so I would blame it on this that and whatever. It's an old house, they have noises right?” Streit said.

An invisible force pushing her out of bed, the sound of a chain dragging, and a voice telling her to get out were all signs something paranormal was in the house.

“The chair that’s supposed to be there, would be pulled over like its sitting right beside the bed. And I’d say to myself, did I do that? Why would I do that?” Streit said.

While renovating one room’s ceiling, a knife fell from the ceiling. Later while tearing up the five layers of old flooring in the same room, a pile of bloody, or perhaps just dirty, clothes were found.

Around four years ago when she opened the inn to visitors, that’s when her suspicions became real. Guests began confirming strange things were going on. Small books in each of the rooms, peppered with ghostly experiences. Like one saying there were many bumps throughout the night. Or this one:

“There was quite a bit of activity going on here. I heard the very faint whispering of women talking to each other while lying in bed.”

Countless otherworldly experiences like footsteps on a nonexistent staircase or a mysterious line of quarters near the foot of a bed in the morning, or even a suitcase following a guest across the room. However, plenty of guests say they had a great night’s sleep and experienced no ghosts.

“I just can’t explain away all the things anymore, I just can’t,” Streit said.

Maybe you want to check-in to hear and feel the ghosts at the Fainting Goat Island Inn for yourself.

“If you believe,” Streit said.