Farmers grow Christmas trees in all 50 states. Unlike most crops, they’re not planted and harvested all in one season. It takes years for a tree to become ready, which can help fend off the problems of damaging weather.

Christmas trees are often spruces, pines or firs. Not surprisingly, farmers grow them in places where the climate allows them to have their best chance at becoming mature.

The details vary from place to place, but trees generally do best with moderate temperatures, plentiful (but not excessive) rainfall, and no extreme cold or heat.

Like most crops, Christmas trees don’t like drought. Farmers who grow seedlings typically have to do quite a bit of irrigation, according to Doug Hundley from the National Christmas Tree Association. Irrigation isn’t as necessary once they’re about 12 inches tall and transplanted into fields, he adds, although they’re still vulnerable for the first year or two and will need some help during dry spells. 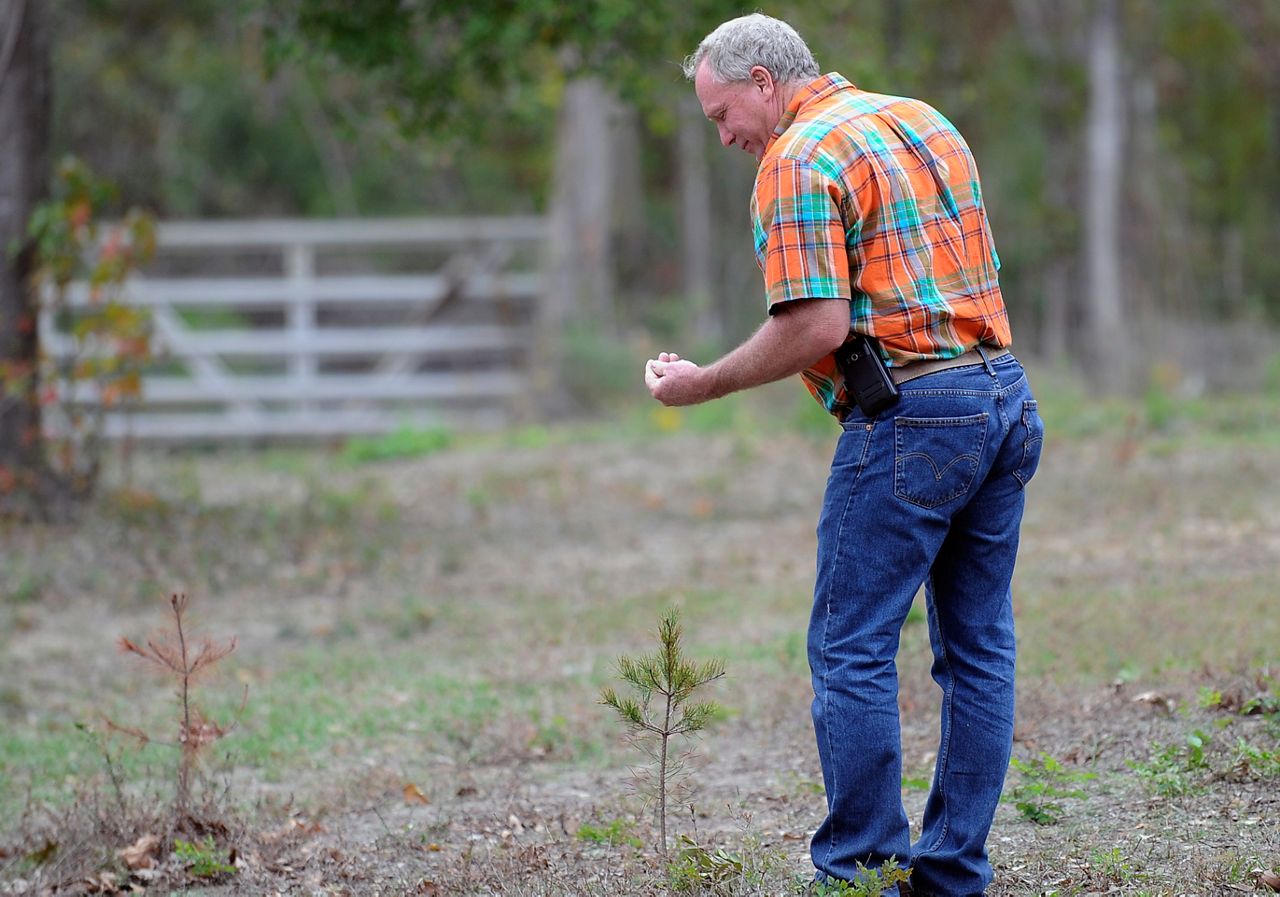 In this photo taken Nov. 8, 2011, David Barfield checks one of his saplings at his Christmas tree farm in New Caney, Texas. Only a handful of the 500 saplings planted survived the drought. (AP Photo/Pat Sullivan)

Because these trees are a crop that can take ten years or longer to become ready for harvest, losses from drought usually don’t take as much of a toll as they would for single-season crops like corn or soybeans. Instead of losing 20% of an entire crop, farmers could confine their losses to just 20% of the younger trees, while the established trees survive.

Excessive rainfall can harm any tree, though. “We always think that drought is the great enemy. But in all agriculture, rain and flooding and oversaturation of the soil does just as much damage as droughts do,” says Hundley.

Wet conditions are good for fungi–which are bad for trees. They can kill the roots of a tree or cause needle cast, which is a disease that makes the older inner needles turn brown and fall off. 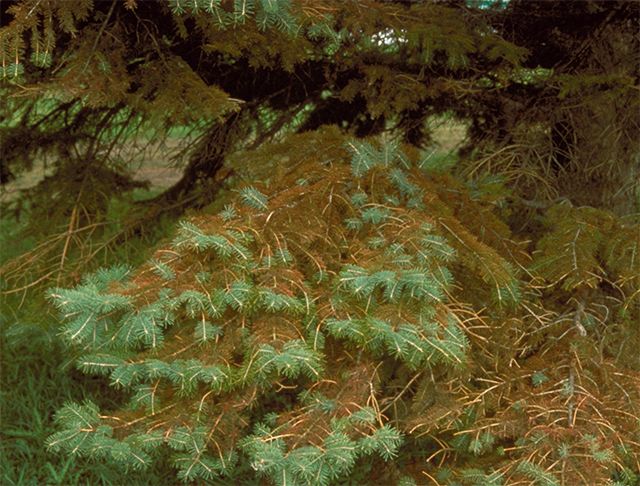 These trees can face damage from out-of-season frosts and freezes. Those can damage or kill new growth, sometimes putting those trees back a year, even when farmers can prune the problem spots. Extreme heat can ruin new growth, too. Hundley says the Pacific Northwest lost 5 to 10 percent of marketable trees after its heat wave in June 2021.

Farming practices are adapting as conditions change over the years. To deal with the increase in precipitation in the eastern U.S., Hundley says some farmers are planting trees farther apart or pruning them differently to allow better airflow.

He also gives a specific example. “We grow a fir that’s native to only about a dozen mountain tops in the southern Appalachians. They grow naturally at about 6,000 feet. We can grow them on production farms, but only down to about 3,000 feet elevation. If you go lower than that, it becomes too warm, and the soil does not drain as well in flat land and they're very susceptible to root rot.

Hundley says that farmers replace the trees as they come out and make an effort to disturb the soil as little as possible. Integrated pest management also lets them avoid using pesticides.

He also encourages people who buy real Christmas trees to recycle them if their community offers such a service. Often, the trees are chipped into mulch. 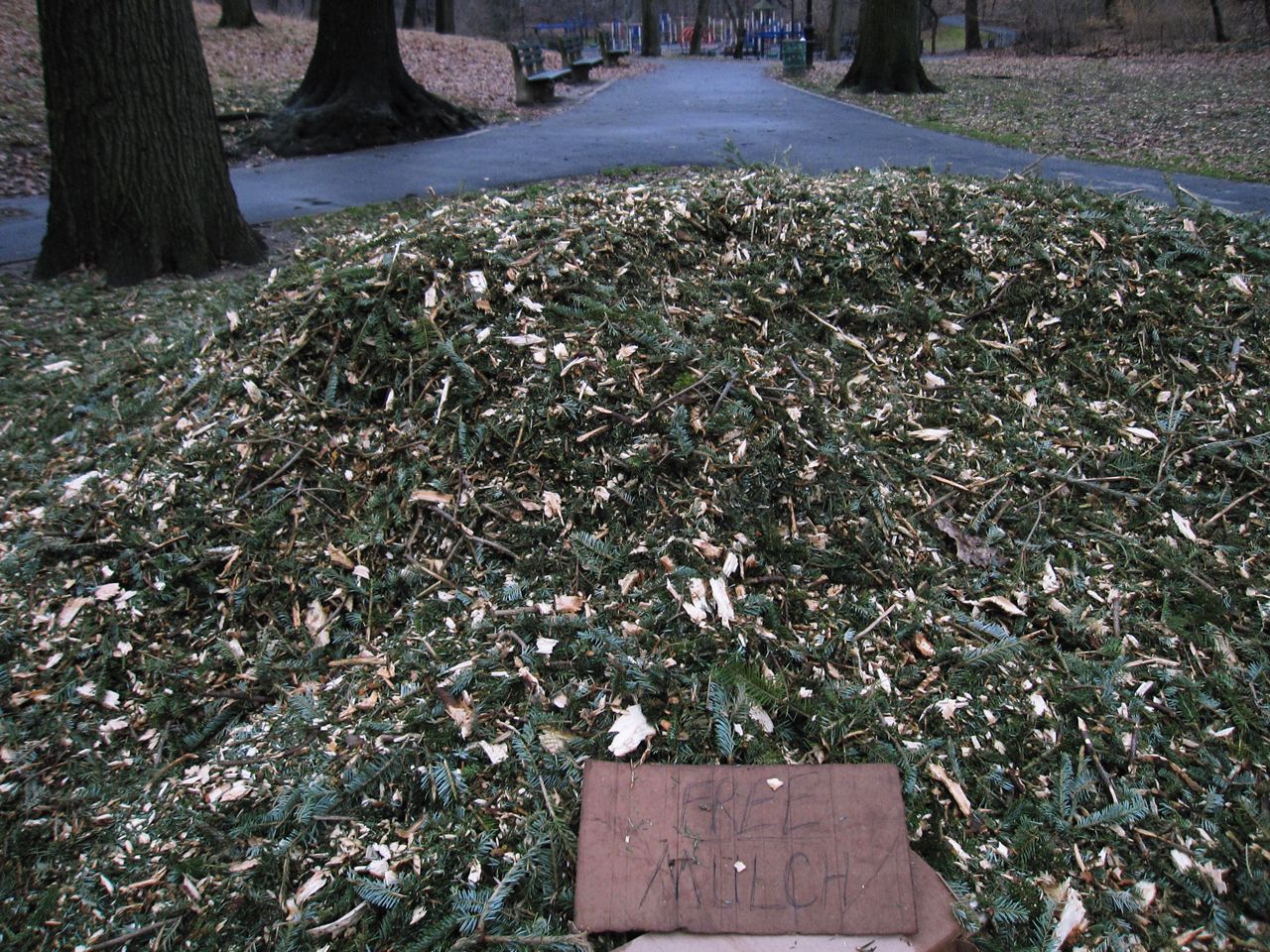 This Jan. 14, 2013 photo shows free mulch strewn in Prospect Park in Brooklyn, N.Y., available for residents to take home and use in urban backyards. The mulch comes from Christmas trees that are collected and recycled in a program run by the New York City Department of Sanitation and the New York City Parks Department. The city collects about 150,000 trees each year and uses the mulch in parks, playing fields and community gardens in addition to making some of it available for personal use. (AP Photo/Beth J. Harpaz)