RALEIGH -- Tuesday will be the 11th day this year that the high has reached 95 or hotter in the Triangle.

It is not unusual to have several very hot days during the summer in our part of the country, but the number of days with extreme heat is increasing.

Year to year there is some natural variablity.  For example, at this point in late July last year, we had recorded 18 days with a high of at least 95.

When you look at the last several decades though, you can see the trend for more of these hotter days.

Climate Central, an independent group of scientists that studies the impacts of our warming climate, recently analyzed high temperature data across the country over the last 50 years.  They found that since 1970, we now average 18 more days a years in the Raleigh and Durham area with a high of 95 or hotter. 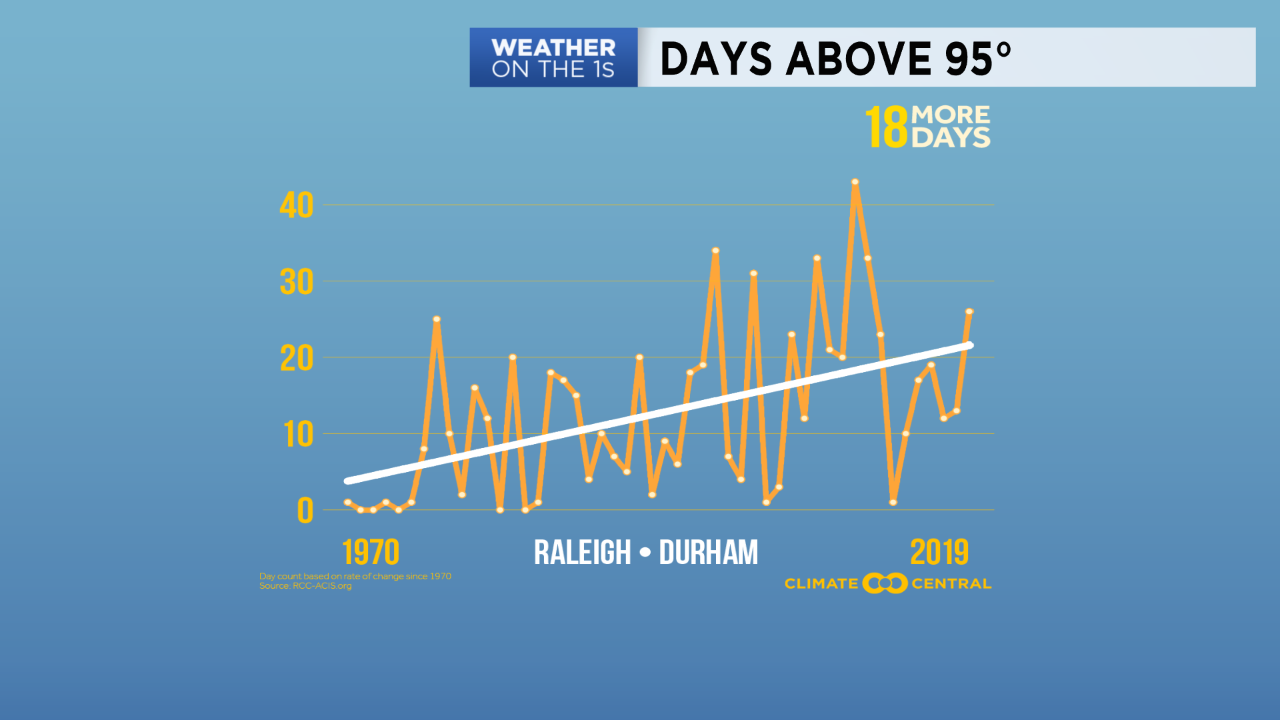 Extreme heat can cause serious problems to our health especially for those of us that must work outside and those that may not have access to air conditioning. According to statistics from the National Weather Service, heat is the leading weather killer in the United States.

Based on a 30-year average,  heat kills 138 people each year in the country. Compare that to flooding which kills an average of 88 people and hurricanes which kill around 45.