Most N.C. cities see over 2,000 lightning strikes every year

North Carolina sees its fair share of lightning every year. A 2019 study by the Insurance Information Institute found the state ranks seventh in the country for lightning-related insurance claims.

Another study by the National Weather Service Office in Raleigh found lightning occurs more frequently around the Sandhills and in southeastern North Carolina. 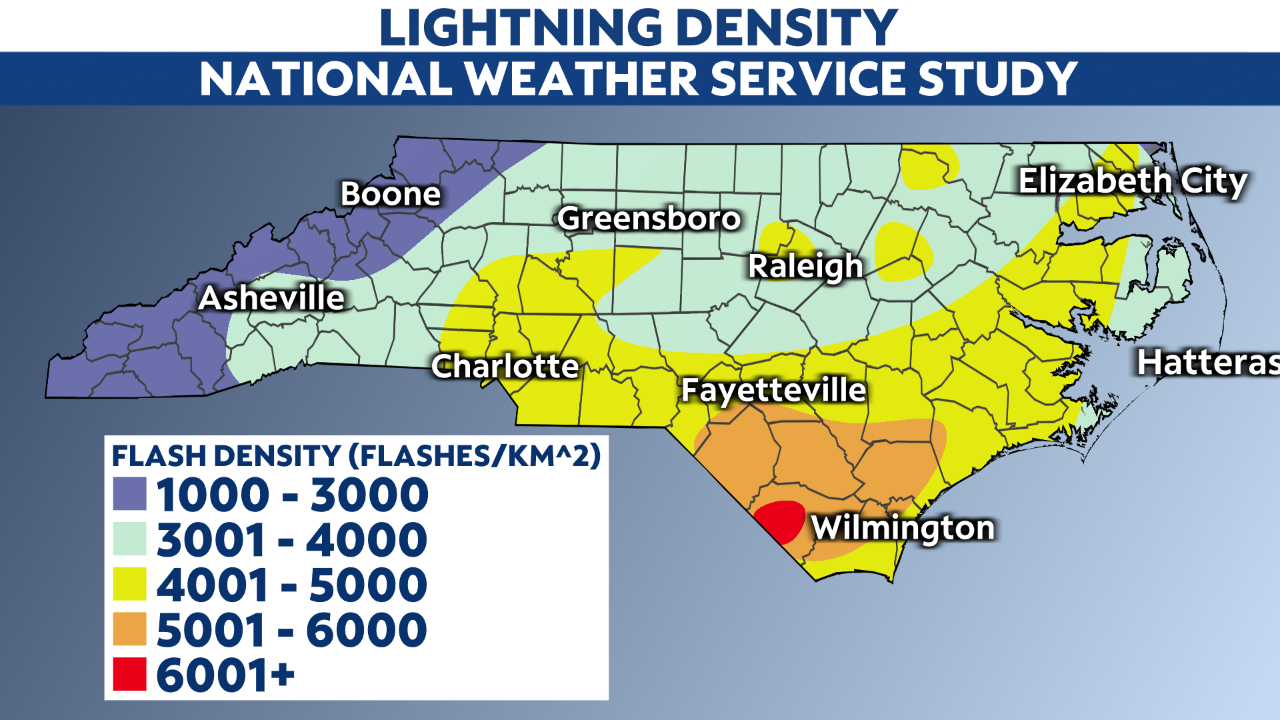 However, almost every city in the state records over 2,000 lightning strikes in an average year. 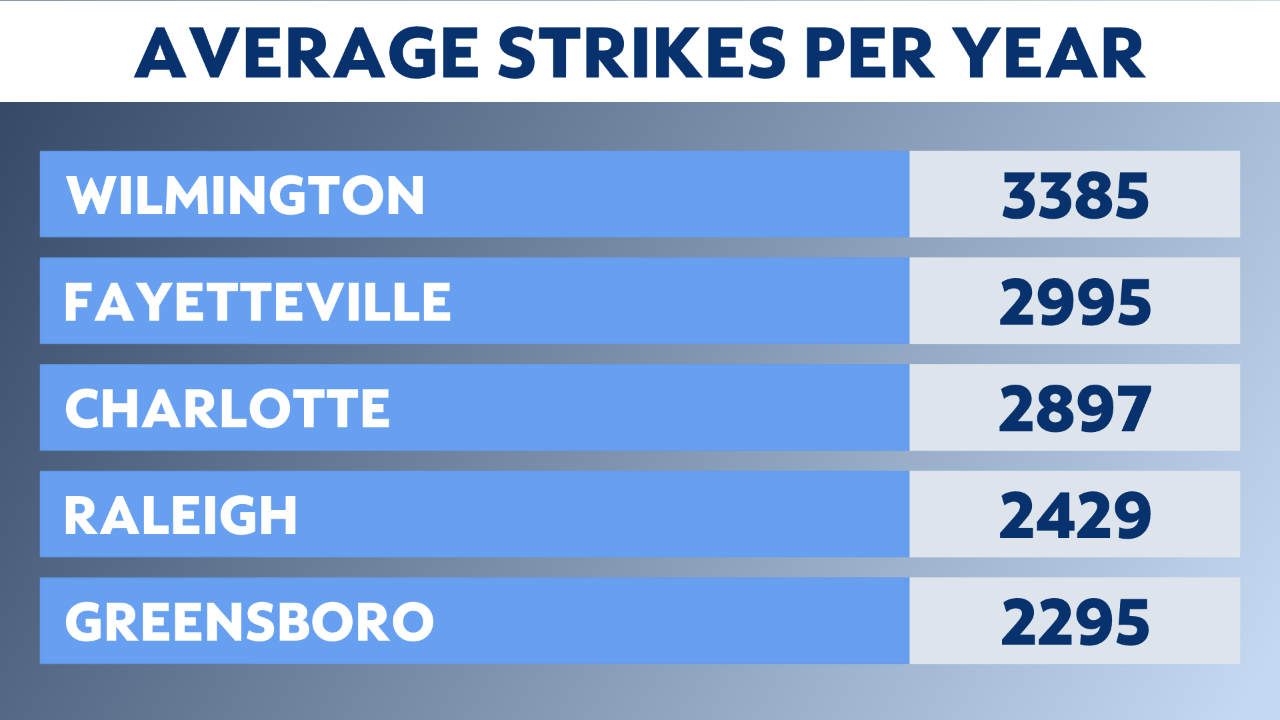 Fortunately, it is pretty easy to stay safe during a thunderstorm. All you have to do is seek shelter inside a building or even in a vehicle.

It is important to remember that it does not have to be raining for lightning to strike. You may even still see blue in the sky, as lightning can strike several miles ahead of a thunderstorm.

While inside, if you have not heard any thunder for at least 30 minutes, it is likely safe to go back outside.