One March It Snowed Three Wednesdays in a Row

The month of March can bring all types of weather to North Carolina as we transition out of the coldest weather of the year toward warmer months.  We do not always feel those warmer temperatures in March though.  Just ask anyone that lived in the state 60 years ago.

March 1960 still stands as the coldest March on record for North Carolina.  That's according to data from the State Climate Office that dates back to 1895.

That same month was also quite snowy.  In fact, much of the state saw snow on the first three Wednesdays of the month!

The first snow of March 1960 started on Wednesday, March 2.  Snowfall range from a trace near the coast to over a foot in the northern mountains. 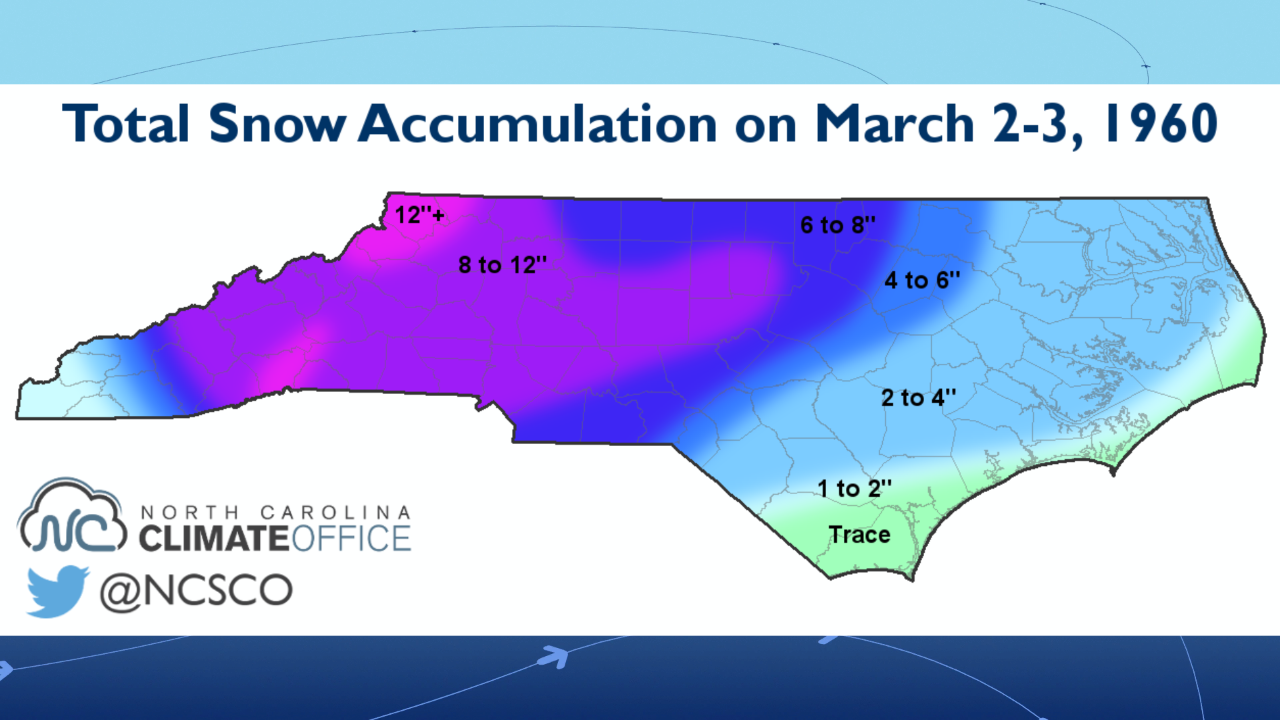 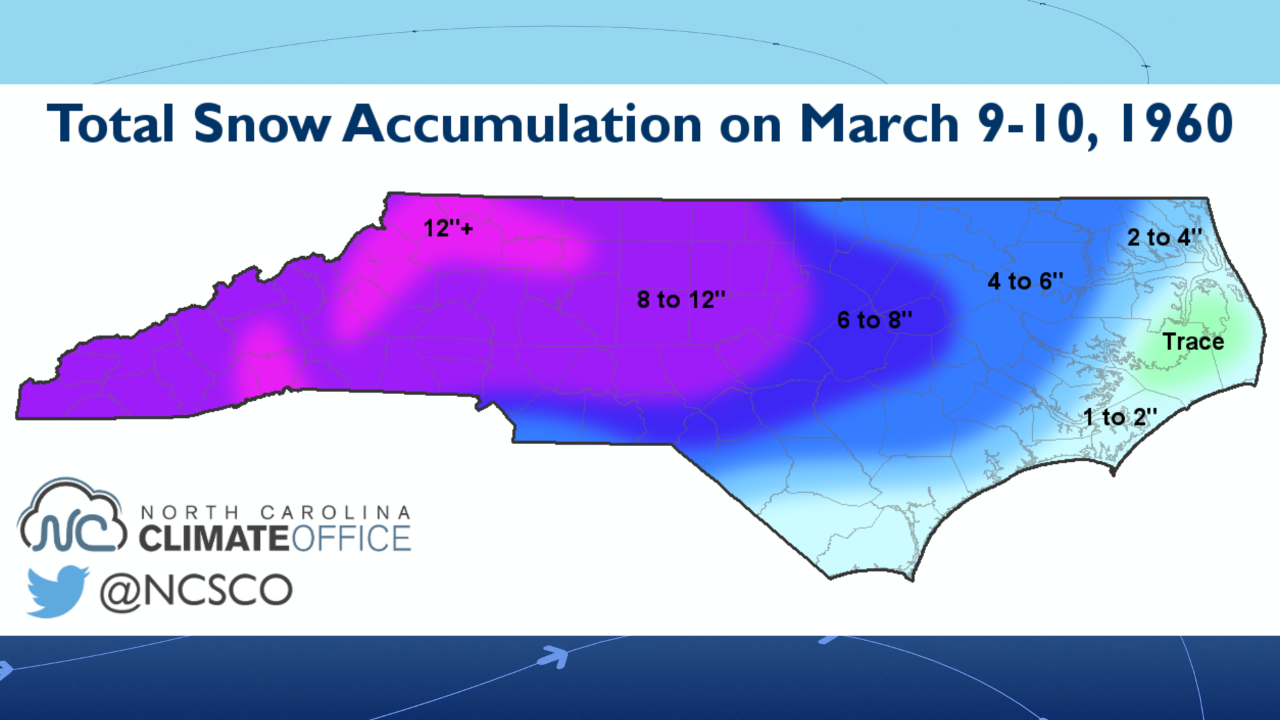 By that second storm, there were reports of snow depth up to 3 feet and drifts up to 30 feet due to blowing snow in the mountains. 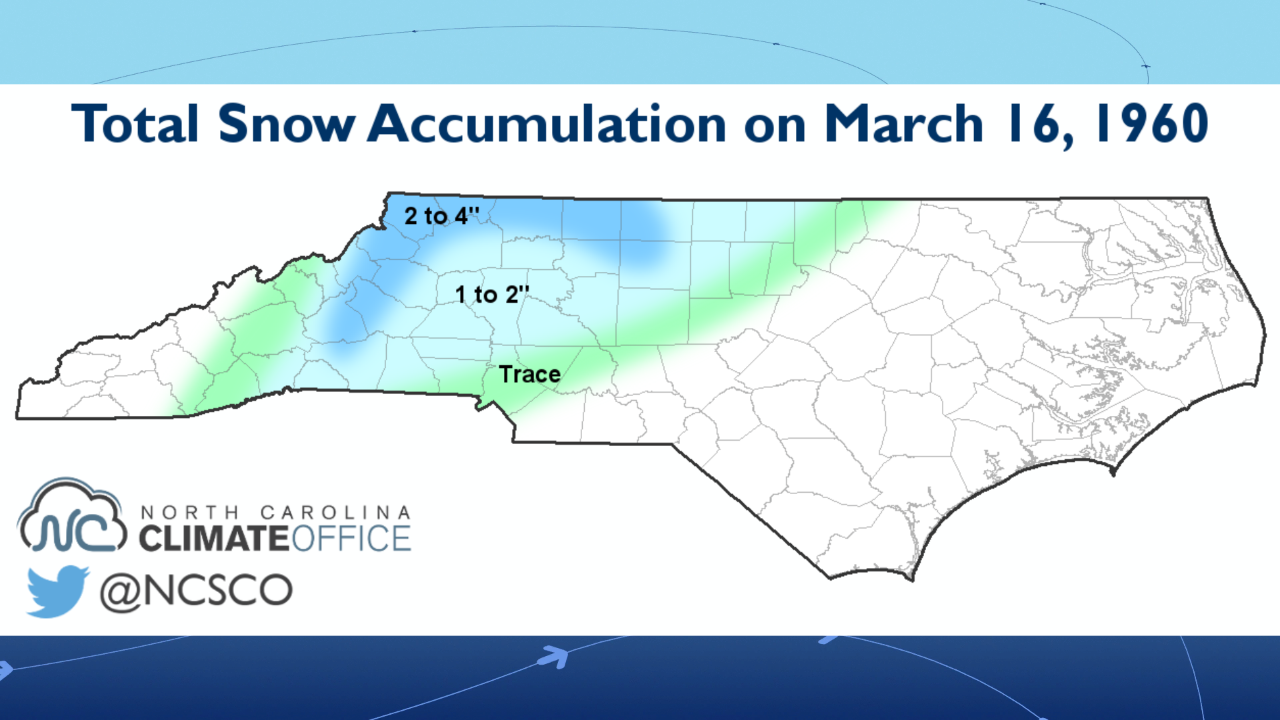 A third system brought even more snow on Wednesday, March 16 to the western half of the state.  This final snow of March 1960 was lighter, but the snow changed to freezing rain.  Ice accumulations up to three quarters of an inch were reported near Greensboro and Charlotte.

Several cities saw more than double their normal winter snowfall just in that one month -- 40.6" in Asheville, 31.7" in Greensboro, and 22.6" in Charlotte.

Click here to read more about the snowy March in 1960 from the State Climate Office of North Carolina.