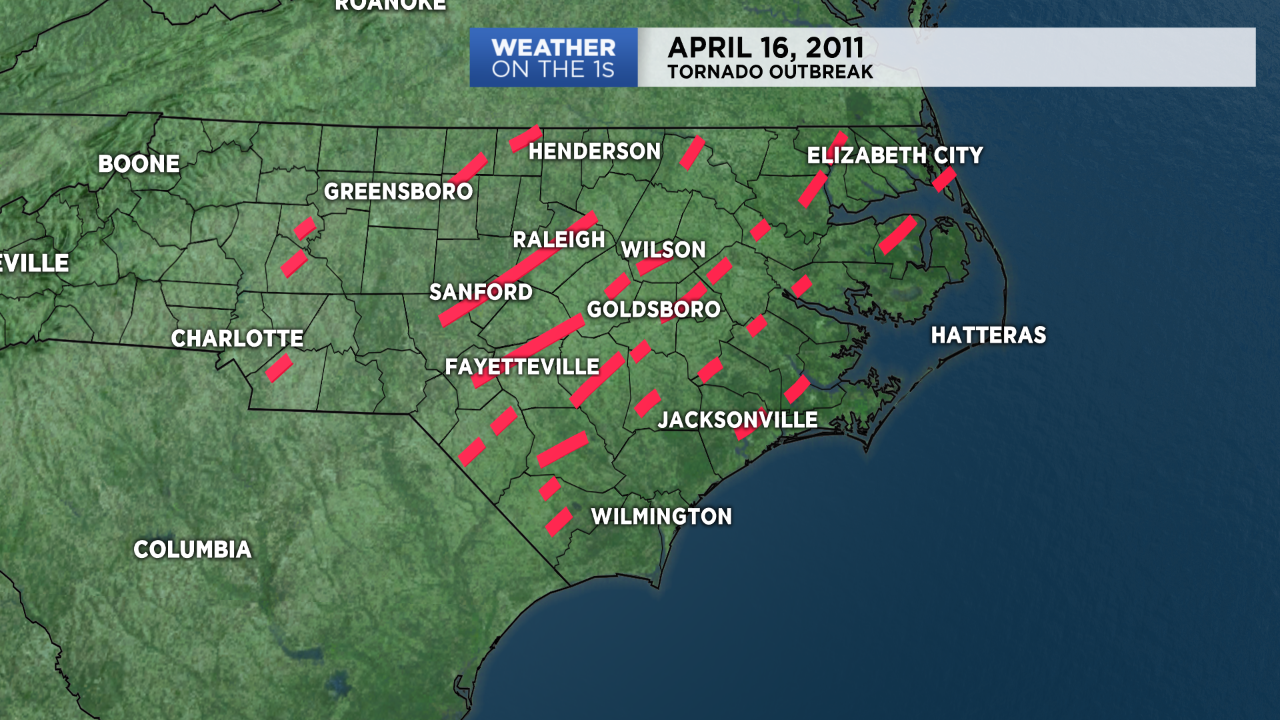 One of the tornadoes stayed on the ground for almost 67 miles moving from near Sanford to Raleigh.  It was up to 500 yards wide and had estimated wind speeds of up to 160mph making it an EF-3 tornado.  The next longest tornado track that day was just over 58 miles from near Fayetteville to Smithfield.  That tornado was an estimated 1700 yards wide, or almost one mile, at one point. 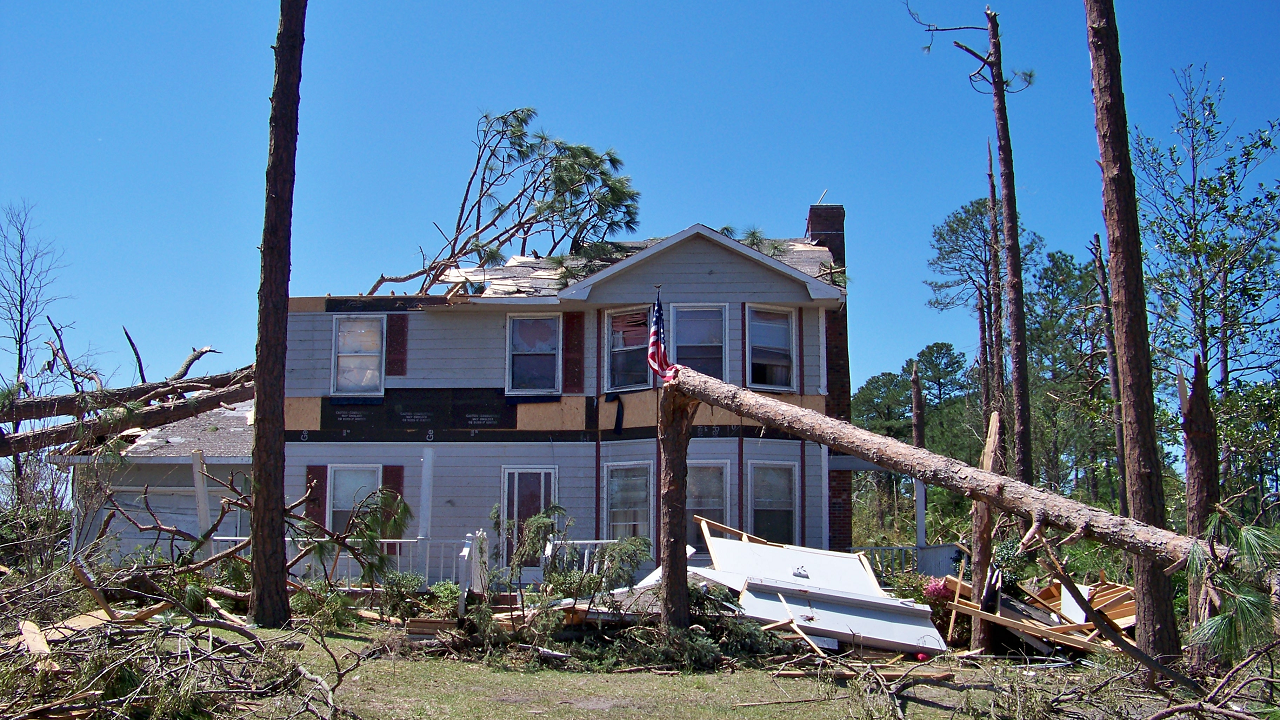 Home damaged by a tornado in Fayetteville. 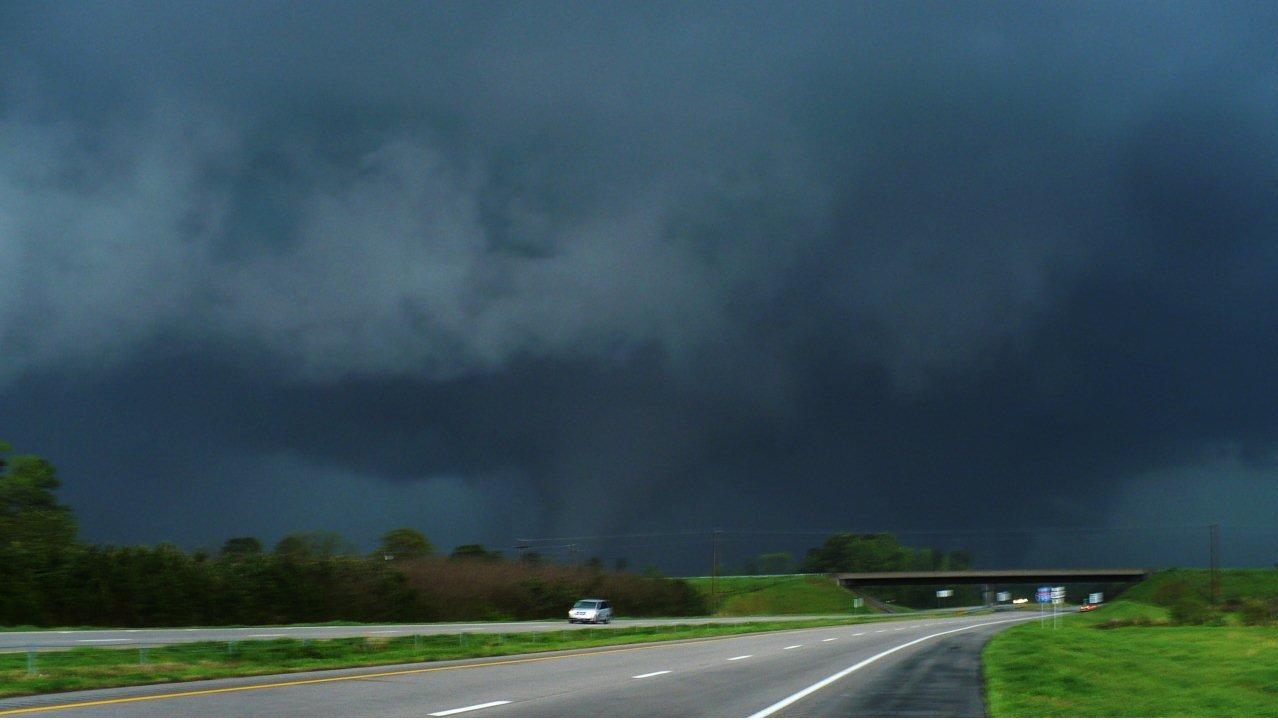 Twenty-four people were killed across the state by the tornadoes.  Over 300 injuries were reported.

Fortunately, the severe weather outbreak was well forecast ahead of time.  A rare "high risk" for severe weather was issued earlier in the day by the Storm Prediction Center.  The National Weather Service in Raleigh estimates there was a 26 minute lead time for tornado warnings.  Advancements in weather technology including Doppler radar over the last few decades lead to the advanced lead time allowing residents to seek shelter from the storms.

One of the next largest tornado outbreaks in state history occurred on March 28, 1984.  There were 11 tornadoes that day in North Carolina compared to the 30 in 2011.  However, the death toll was higher in the 1984 outbreak with 42 people losing their lives in the state.  Another 15 people were killed in tornadoes in South Carolina in that outbreak.  Over 800 people were injured in both states.

Both outbreaks serve as reminder that severe weather including strong, long-lived tornadoes can occur in the Carolinas.  Everyone should have a well thought out plan before severe weather strikes and know where you would seek shelter in the event of a tornado warning whether you are at home, work, or school.