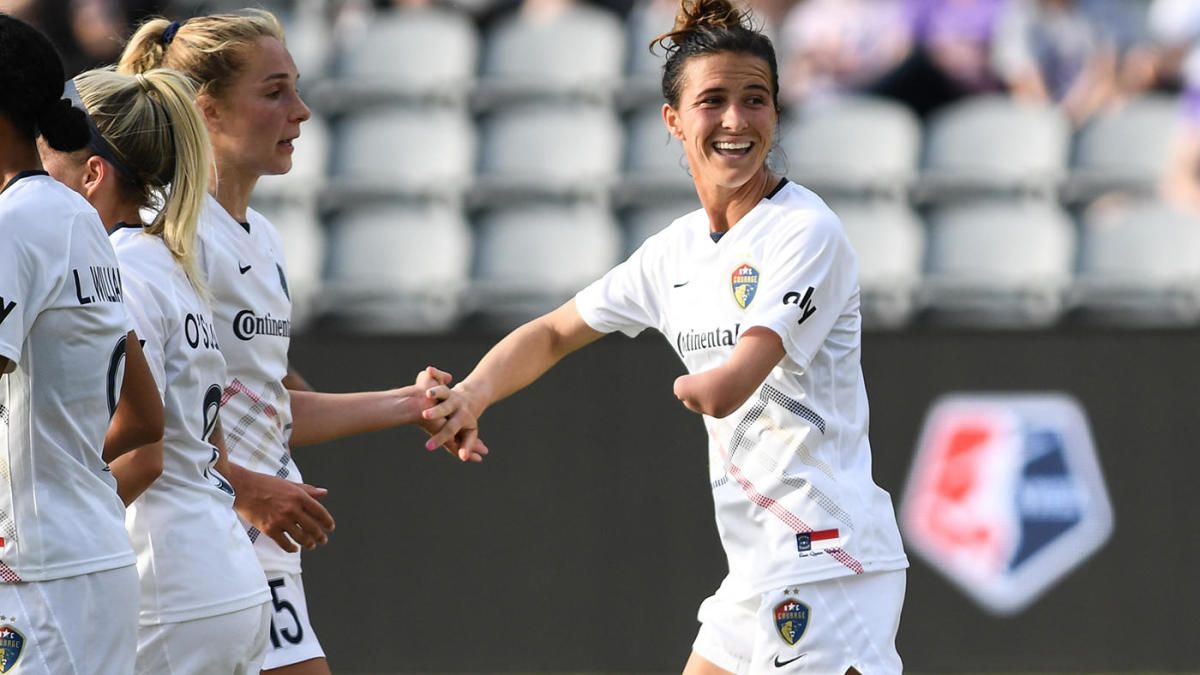 Pickett hitting her stride with Courage

CARY, N.C. — The North Carolina Courage has worked in a number of new players this season, but perhaps none have had quite the impact that Carson Pickett has.

The left back has started nearly every game in her first season with the Courage and has exceeded the expectations of her head coach.

"Honestly, she's a much better all-around player than I thought," admitted head coach Paul Riley. "She fits us really well, she trains like a demon. I've never seen anyone train like her, and I think that's why she's so confident in the games."

"The second I came I felt welcomed and felt like I was a part of the team," Pickett said. "There was so many people helping me and getting me up to speed on how they play and how Paul likes to play."

The left back has become a favorite of her teammates for the way she delivers pinpoint passes. She's got three assists and has played well defensively. While she considers herself a pretty technical player, the 27 year old thrives on setting up teammates.

"We have such amazing forwards that I know that if I get the ball anywhere in that area, they're going to finish it," Pickett said.

The Courage are tied for first place atop the NWSL standings and Pickett has been a big reason why. With several new players working into the mix, it admittedly took a little while for this year's team to start gelling. However, Pickett and her teammates are looking at the bigger picture... an NWSL Championship.

"I think day in and day out the goal never changes," Pickett urged, "I think that everyone watches a lot of video and we learn together, so being able to communicate with such high profile players about things that could be better and what we need to work on it just seems very seamless."