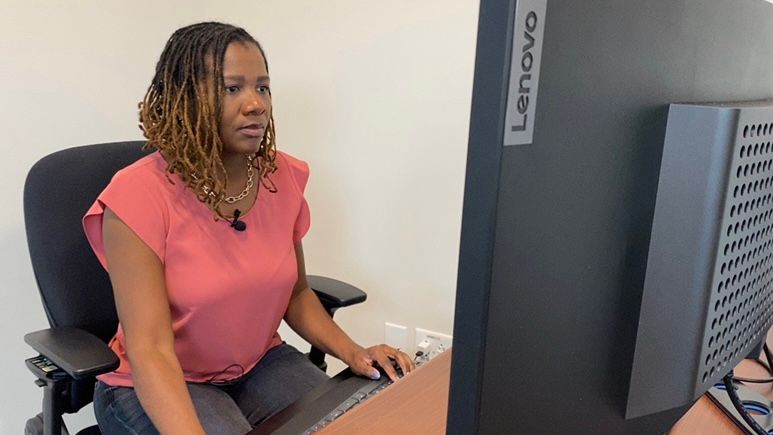 Clearing barriers for women in STEM

CARY, N.C. — For 20 years, Keisha Battle has come to work at the SAS Institute in Cary.

Keisha Battle has worked at SAS for 20 years

Battle struggled with programming classes at N.C. State due to lack of exposure to the subject in high school

She hopes the N.C. General Assembly will help to encourage women to try STEM careers

When she started, she was an intern while in grad school at N.C. State.

However, when she first got to college, she immediately felt like she was behind.

“We didn’t have programming classes in my high school. So I never was exposed to that,” Battle said. “When I came to go to university at N.C. State, what was very interesting was I got into the courses, and all of the other students had all of this other experience from high school. So they were like two steps ahead of me.”

She was able to get tutoring through the minority engineering program, but that meant more work on top of her regular schedule.

Some fellow students also helped her catch up.

"I had other students who were grades ahead of me, and it’s very interesting because a lot of them were males, and they helped me. I befriended them, and we would to go the lab. We would work on things together,” Battle said.

It wasn’t until her internship with SAS that she saw a woman in power in a STEM field.

It changed her life.

“She actually gave up her requisition so that I could then become a software developer in another group. That is her physically losing a person in her group just to support my future, and having that kind of ally to me was just mind-blowing,” Battle said.

Now Battle helps mentor other young women, helping them through their STEM careers.

Encouraging women in STEM is also now a goal of the North Carolina General Assembly.

The state House created a subcommittee to study ways to remove barriers for girls and women in STEM studies and jobs.

Their first committee meeting was held at SAS, and legislators heard ideas from women.

They included tackling the disparities in pay and representation, as well as showing girls all of their options early in their educations.

Battle has two daughters, and says that’s where she wants the legislature to focus.

“It only takes a drop for you to kind of turn that switch for them, for them to get interested, but they need to be exposed to it,” she said.

Right now, Battle says she has to be aware and on the lookout for opportunities for her daughters.

She hopes this subcommittee moves with intention so the results are long-lasting.

“I would hope that in the future I wouldn’t have to really search out these opportunities, because just with busy, everyday life I would hate for my child to miss out just because I don’t have the time to look for unique opportunities that just aren’t in front of me,” she said.