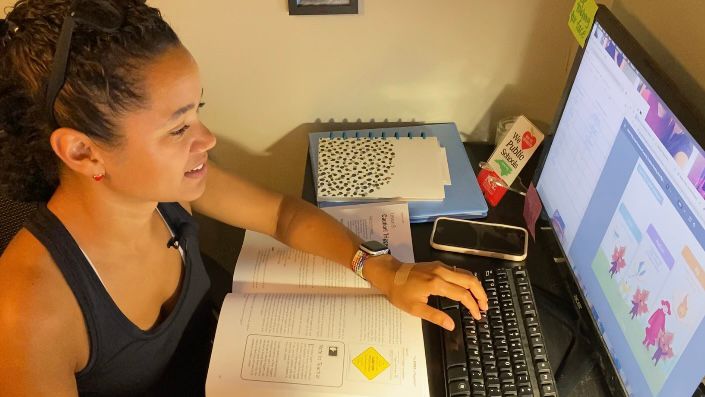 DURHAM, N.C. — Funding around education is one of several highlights in the North Carolina state budget proposal.

Where the money is going, however, isn’t what some were hoping for.

Symone Kiddoo is a school social worker at a Durham County elementary school.

While there is additional funding for school mental health professionals in the proposal, there is a large focus on school safety.

Tens of millions of dollars are divided up in different areas.

Kiddoo says that isn’t what they’ve been asking for.

"I think it's both being directed in the wrong places and I'm also very curious to know like, what does that mean? Are we hiring more district-level folks too that are not actually in our school buildings that are helping our kids?” Kiddoo said.

There’s also $15 million going to the school resource officer grant program. Lawmakers say the goal is to get a SRO in every middle and elementary school in the state.

While it’s something many parents across the state have advocated for, Kiddoo says there are other ways that money can be of use.

"Fifteen million dollars makes or breaks a school year for certain districts, and so I can only imagine the amount of programming, the amount of mental health support for this that can go for $15 million,” Kiddoo said.

On average, teacher pay would go up 4.2%. Central staff pay would increase 4%.

Non-certified staff would either get a 4% raise of make $15 an hour, whichever is greater.

There are also bonuses available.

This increase, however, she says doesn’t go far enough.

“We had schools, school districts across the state, using ESSER funds to try to stop people from leaving by offering bonuses, and we still have teachers pouring out of this profession,” Kiddoo said. “It is absolutely that people need a living wage, but it is also about all of the other things that impact working conditions, that I just don’t think it’s enough.”