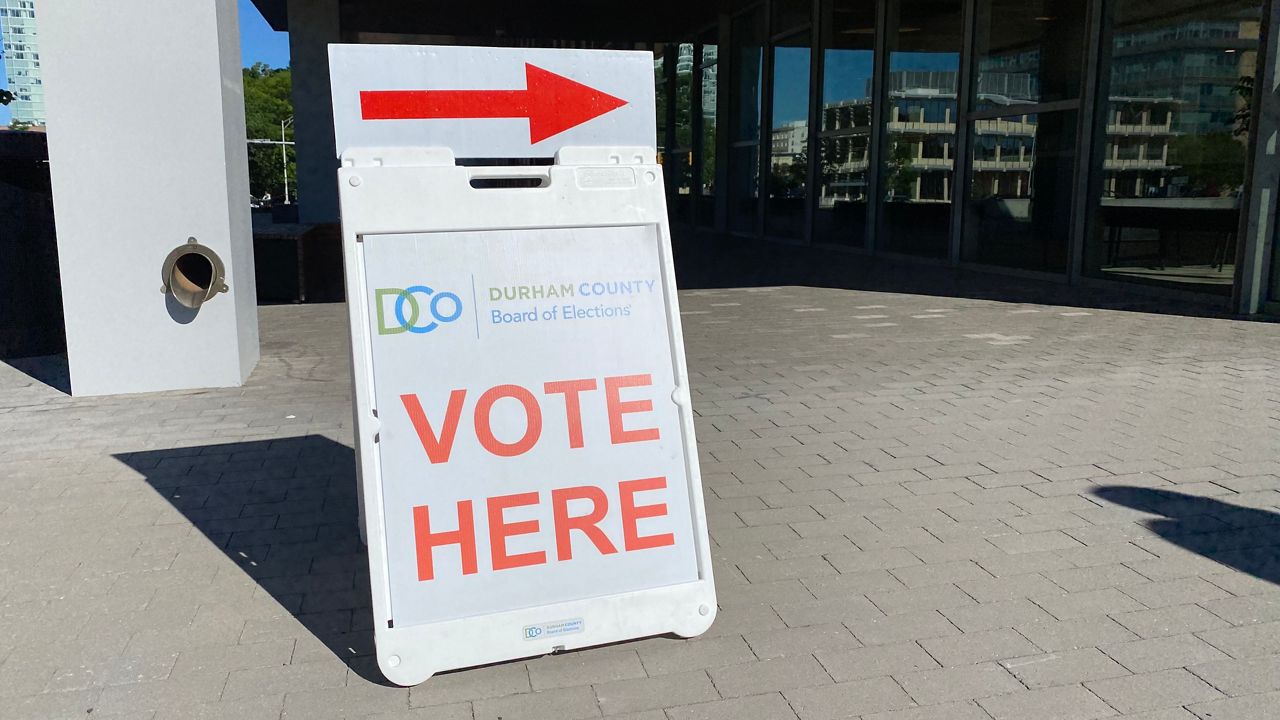 DURHAM, N.C. — North Carolina’s 4th Congressional District is about as blue as they get in the state. The district includes Alamance, Orange, Durham, Person and Granville counties. That shade of blue could be Tar Heels blue or Blue Devils blue, depending on whether people are closer to Durham or Chapel Hill.

Rep. David Price has represented the area in the U.S. House for much of the past 35 years, but the longtime Democratic congressman plans to retire from politics after this year. His retirement leaves an open seat for Democrats, and with the makeup of the district, the winner of the May 17 primary will most likely win the General Election.

Price has not endorsed a candidate in the Democratic primary.

The primary race has attracted millions in outside spending, with most going to support Foushee’s campaign.

The top candidates in the race show the divide in the Democratic Party between the progressive wing on the left and the more centrist wing.

Some of the party’s top progressives in Congress, Sen. Bernie Sanders and Sen. Elizabeth Warren, have endorsed 28-year-old Allam in the race.

On the other side, Foushee has the endorsement of longtime North Carolina representatives G.K. Butterfield and Alma Adams. Foushee and Allam share many of the same policy goals in their platforms.

“Across the entire district we have some of the most progressive elected officials, and we need that to be reflected on the federal level as well,” Allam said in a recent interview.

“We see so many members of Congress now, the new generation, the new leadership stepping up. They know that we can’t just take ‘no’ for an answer,” she said.

But Foushee told Spectrum News 1 Democrats need to be able to work with their colleagues on the other side of the aisle.

“We cannot continue to have a number of factions where we are not listening to each other, where we are not sitting across the table from each other and negotiating a stance that is going to do for the people and not just for the politics,” she said.

“We are the big tent party, and we welcome varying opinions about democracy,” she said.

The big issues in this election for Foushee are “voting rights, the economy and access to affordable health care.”

For Allam, the biggest issues she listed are access to health care and climate change, including passing a Green New Deal.

“We have less than 10 years to save this planet, and this isn’t something we can just keep passing down the road,” Allam said. “We need to take action.”

Aiken is another factor in the primary race for Democrats. This is the American Idol star’s second run for Congress. He lost a bid to unseat Rep. Renee Ellmers in 2014.

“When we have these dark blue districts, we have an opportunity to define who we are, and we need to make sure we are reminding people this party believes in progressive principles, we believe in the government giving everyone an equal opportunity,” Aiken said in a recent interview.

“Right now, I think the issues that are most important in places like Durham are the rising cost of living. I think affordable housing is probably on the top of mind for most people, he said.

Aiken has been critical of the outside money being spent in the primary race, taking particular aim at Foushee. He called a press conference the week before the primary to criticize super PAC spending in the 4th District primary.

Democrats are supposed to be the party opposed to super PACs, Aiken said. “We are against dark money,” he said.

“It's been a very disappointing year for me to see how too many Democrats nowadays have been unwilling to actually practice what we preach as a party,” he said.

In an interview, Foushee defended the outside money helping her in the primary, including contributions from people associated with the American Israel Public Affairs Committee and Protect Our Future, a super PAC supported by a cryptocurrency billionaire.

“AIPAC is an organization who believes in Israel as a sovereign state,” she said. “If they choose to find and contribute to a candidate who is pro-democracy, pro-peace, and pro the ability to contribute to the candidate of your choice, that’s my statement on that.”

That outside money led to the North Carolina Democratic Party’s progressive caucus withdrawing its support from Foushee.

Voters in North Carolina’s 4th Congressional District will very likely send a Democrat to Congress next year. That choice will be made in this year’s primary.

If no candidate wins more than 30% of the vote, the primary would go to a runoff election on July 26.