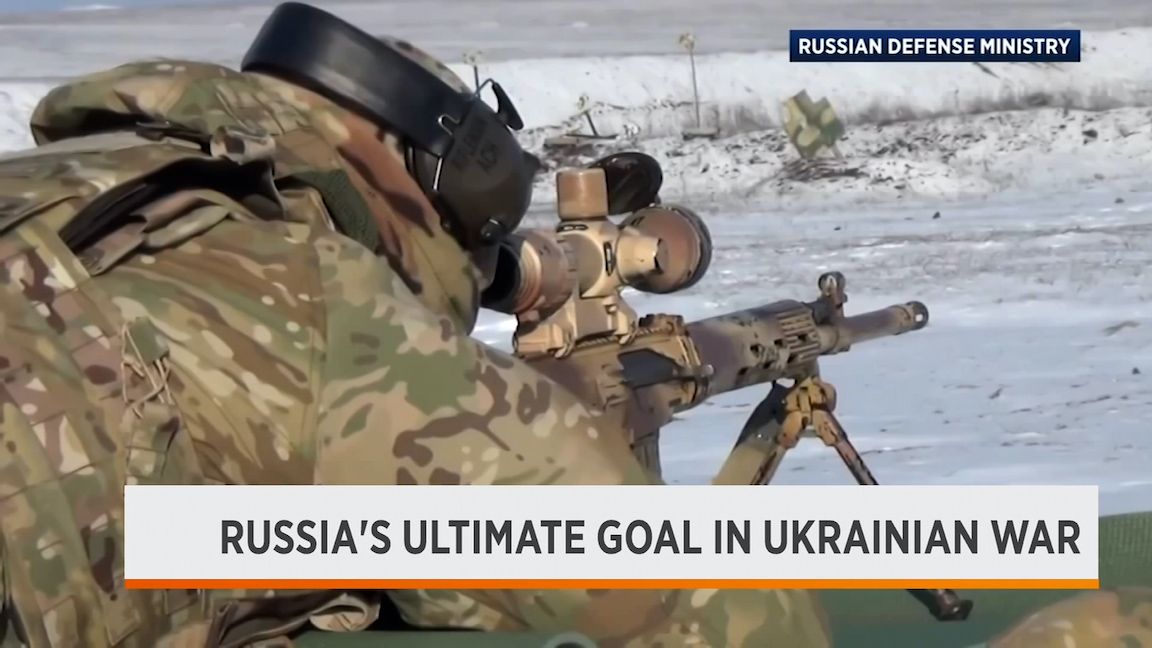 RALEIGH, N.C. — As the war in Ukraine continues, all eyes are on Russia’s next steps and the country’s ultimate goal behind the invasion.

In January, the British government reported intelligence that Russia would attempt to replace Ukraine’s government with a pro-Russia administration

In January, the British government issued a report citing intelligence that Russia would attempt to replace Ukraine's government with a pro-Russia administration. At the time, Russia denied it.

Hamilton believes Putin’s initial demands for Ukraine not to join NATO and for other countries, such as Poland and Romania, to withdraw, were a deflection from his true intentions in the attack.

“It really had nothing to do with NATO. There wasn't even a discussion of Ukraine joining NATO. So, this was a trumped-up diversion,” Hamilton said.

“It is about democracy and authoritarianism and the fact that Putin can't stand and tolerate to have an independent Ukrainian democracy on his doorstep,” Hamilton said. “It would be a Slavic neighbor showing that democracy works. And that would have a huge impact internally in Russia, and that's the real concern.”

The attack on Ukraine follows years of cyber-attacks, not just on Ukraine, but on the U.S. and other countries.

“He believes that all military force, cyber power and energy are the three tools Russia has to sort of coerce others to sort of bend to Putin's will. And (we’re) seeing it on full display, unfortunately,” Hamilton said.

Both the White House and U.S. senators, like Marco Rubio, have made statements, appearing to question Putin’s mental health after two years of pandemic isolation.

Rubio tweeted, “It’s pretty obvious something is off with Putin.”

Hamilton believes the attack wasn’t sparked by just the pandemic, but that it was Putin’s plan all along to make sure successful democracies do not form along the borders of Russia.

“I think that there has been a trajectory that we can just see that he's been doing, but I think there is something to the question. I mean, this is pure madness what he's doing,” Hamilton said.

“How could anybody really logically think, even Putin, think that he will get away with this. ... I think he has been isolated. All reports are that he's isolated from his own advisers and dismisses them regularly,” Hamilton continued.

Hamilton also pointed out that Putin, being 69 years old, may be considering the legacy he will leave behind.

“Unfortunately, the legacy he wants is more like Joseph Stalin than Mikhail Gorbachev,” Hamilton said. “He simply wants to almost recreate a Russian empire of some kind.”