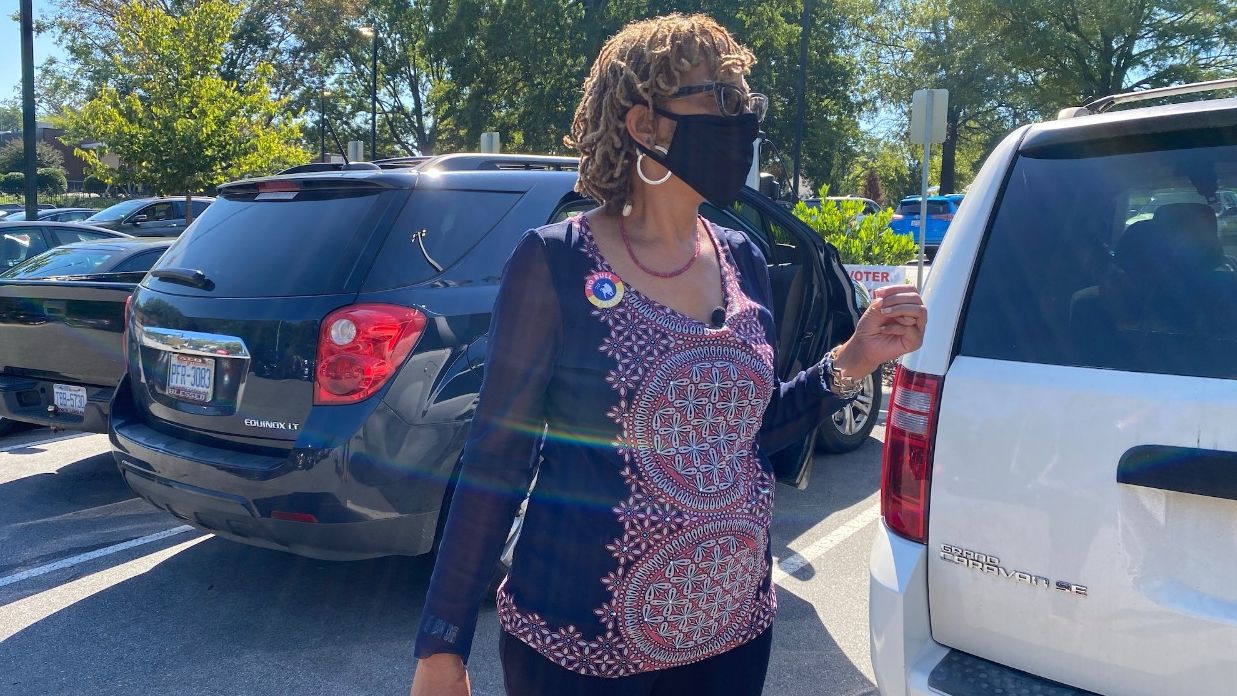 Elaine O'Neal is the only candidate for mayor of Durham who is on the ballot and has an active campaign.

Elaine O'Neal looks ahead as Durham mayor's race winds down

DURHAM, N.C. — The only remaining active candidate in Durham's mayoral election said the city needs to approach its problems as a united community.

For Elaine O'Neal, responsibility to the public began at a young age. She said both of her parents were active in the community.

“My mother worked in precincts all of my life, she was PTA president,” she said. “[My father] was the treasurer of the church, and he was also the custodian. And so they pretty much laid the groundwork for me becoming a public servant because that's what I saw.” 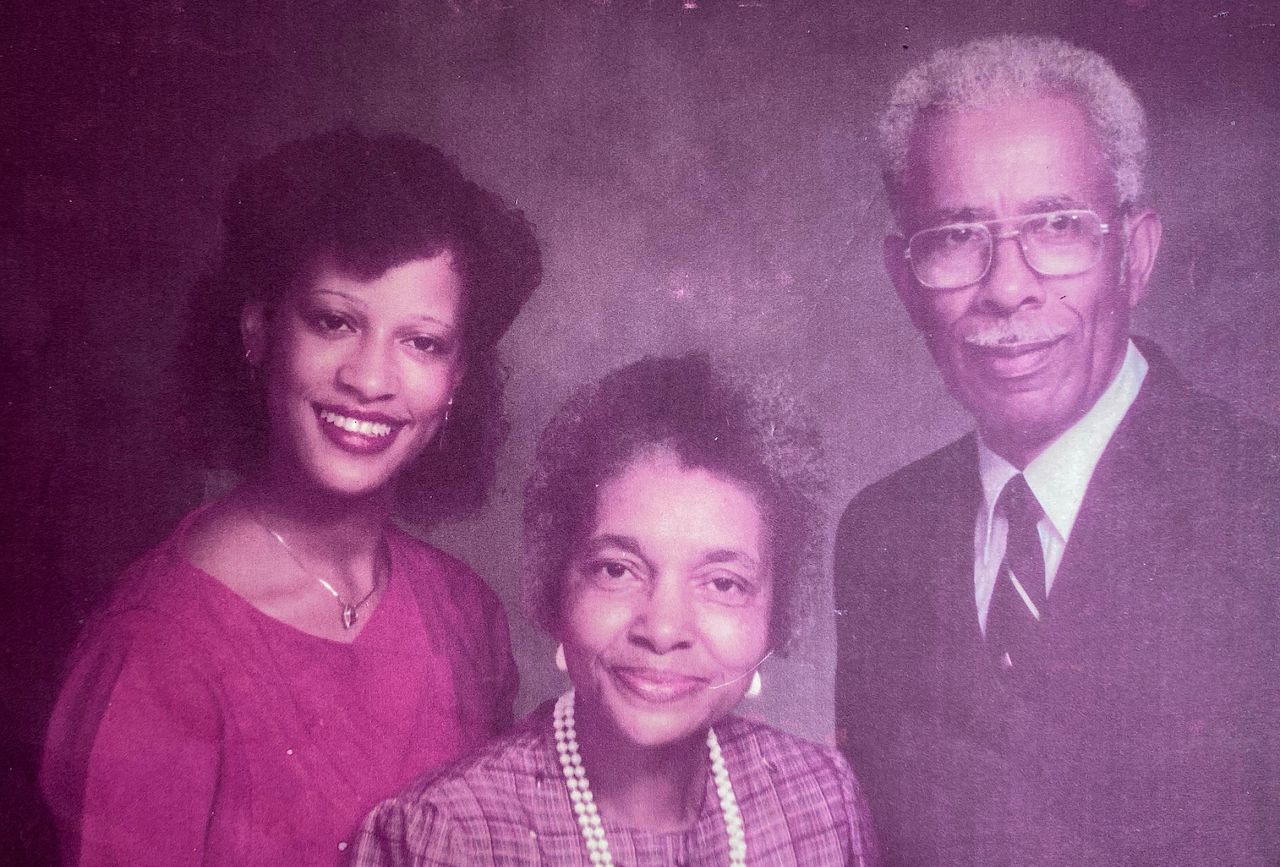 Elaine O'Neal, at left, in a portrait with her late parents. O'Neal said her parents' involvement in the community inspired her to serve the public as a judge and, later, as a candidate for mayor.

After serving for 17 years as a district court judge, O'Neal chaired the city's Racial Equity Task Force before running to succeed retiring Mayor Steve Schewel. O'Neal said the experience of running for mayor is quite different from running for judge.

“Basically all you could say is I will be fair and impartial,” she said. “Now, everybody wants an opinion about everything.”

O'Neal took home two-thirds of the vote in a seven-way primary for mayor on Oct. 5. City council member Javiera Caballero also advanced to the Nov. 2 general election but suspended her campaign on Oct. 11, effectively ceding the election to O'Neal. Caballero's name will still appear on the ballot. 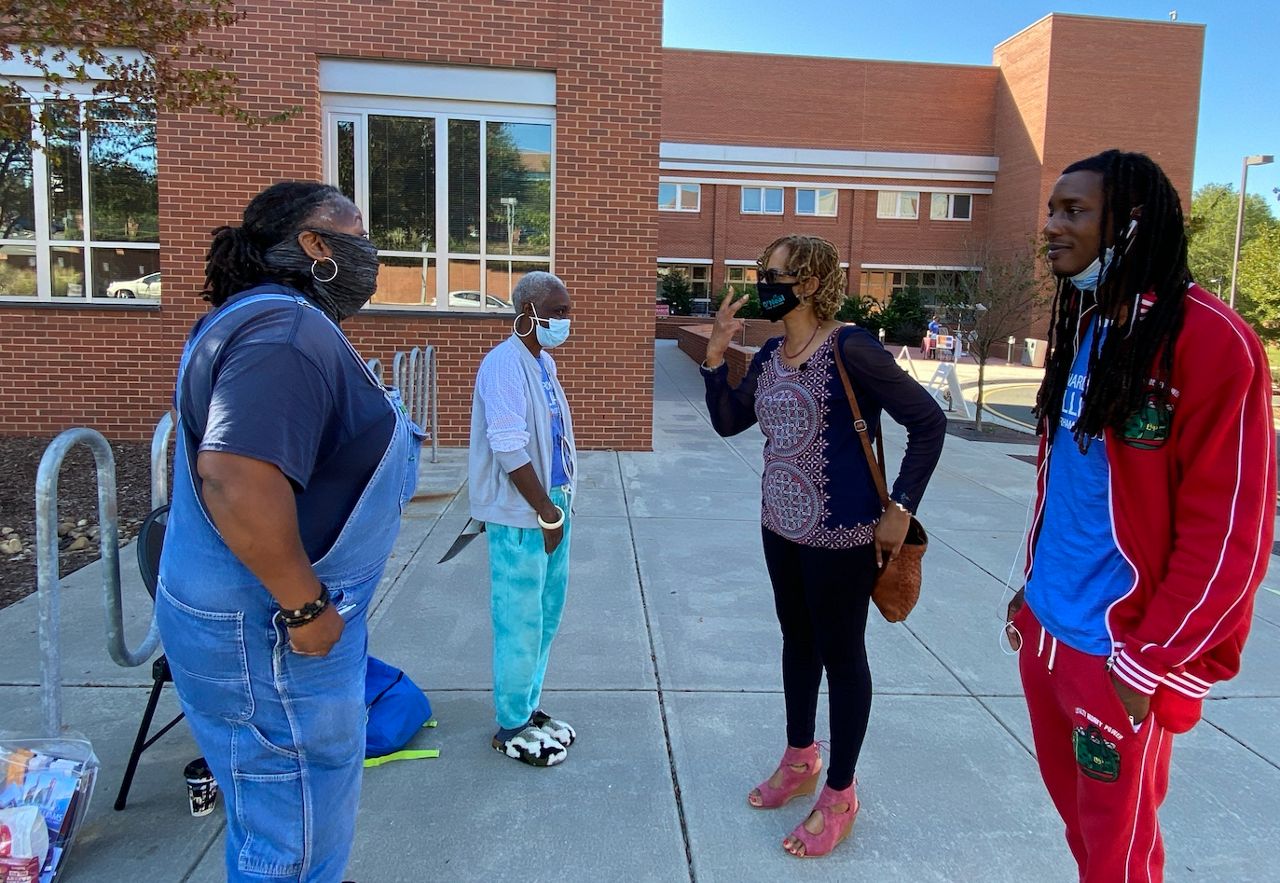 Elaine O'Neal, second from right, talks with supporters outside an early polling location.

O'Neal said the city has numerous programs to address problems ranging from crime to inequality, but there isn't enough coordination among them. She said the city needs an integrated system that people can access easily.

In addition to the mayor's race, Durham voters will elect city council members for each of the city's three wards. DeDreanna Freeman faces Marion T. Johnson in her bid for another term in Ward I, while Sylvester Williams is challenging incumbent Mark-Anthony Middleton in Ward II. A.J. Williams and Leonardo Williams are running for Ward III's open seat.