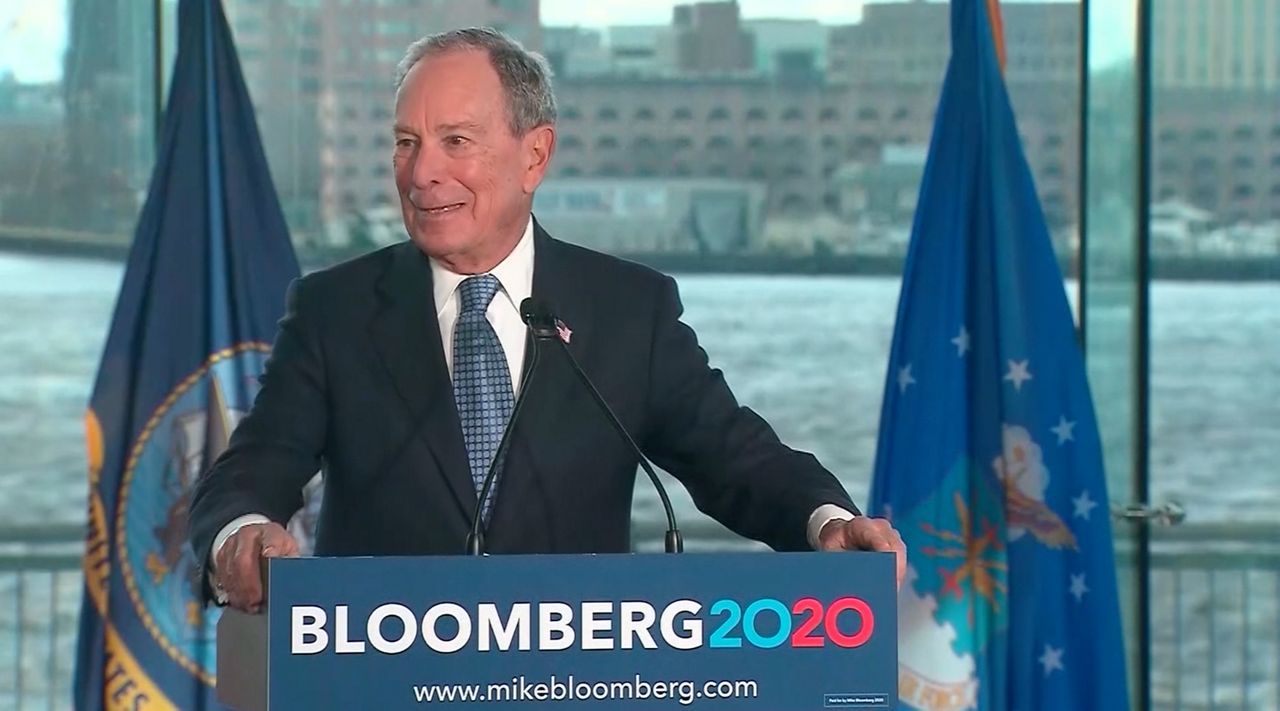 Political Ads: How Much is Bloomberg Spending in North Carolina?

They are impoossible to miss: ads for Democratic presidential candidate Michael Bloomberg are flooding the airwaves in North Carolina.

The Bloomberg campaign is betting big on advertising, dropping hundreds of millions of dollars nationwide in the weeks leading up to Super Tuesday.

So, how much is the former New York Mayor spending in the Tar Heel State?

So far this election cycle, his campaign has placed $16.4 million in ad buys in television and radio markets that reach viewers across the state, according to data compiled Friday by Advertising Analytics.

Only two other Democratic candidates surpass the $1 million mark in North Carolina.

Tom Steyer, another billionaire, has placed $9.2 million in ad buys. However, most of Steyer’s spending is in places like Spartanburg and Myrtle Beach - TV markets that reach some North Carolina viewers but are mainly centered in South Carolina. (The Palmetto State has a primary just days before North Carolina.) 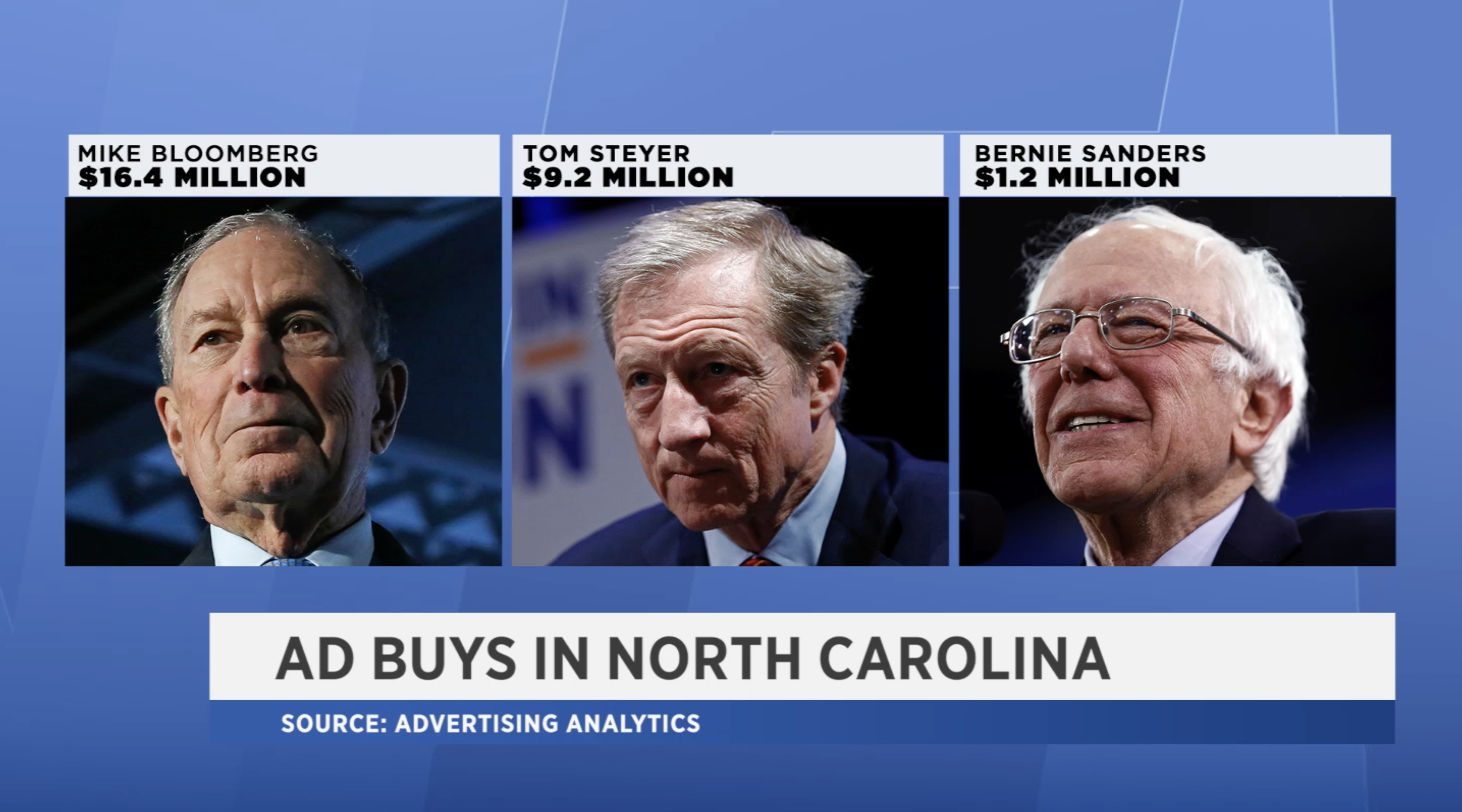 All of the remaining Democratic contenders so far have placed ad buys of less than $1 million in markets with North Carolina audiences.

With Super Tuesday a week away, more ad buys may be forthcoming.

The Impact of the Ads

Is Bloomberg’s big bet paying off?

Recent polls show his standing in the Tar Heel State on the rise, putting him in striking distance of or on par with other leading Democrats, including Sanders and Biden, the longtime front runner in the state.

But can big spending on ads alone carry the day?

Todd Belt, who directs the political management program at The George Washington University, says ads can help introduce a candidate, but other questions can arise.

For example, while Bloomberg has made campaign stops in North Carolina, his recent appearance on the debate stage was widely panned.

RELATED: What Could a Sanders Nomination Mean for Down-Ballot Races in N.C.?

“A lot of people are already saying, ‘Well, who is the real Mike Bloomberg? Is he the guy who's making these ads that are really critical of the President, have a humorous edge? Or is he the stone-faced person who was on the the debate stage?'” Belt said.

Will those questions linger with voters when they head to the polls? Only time will tell.