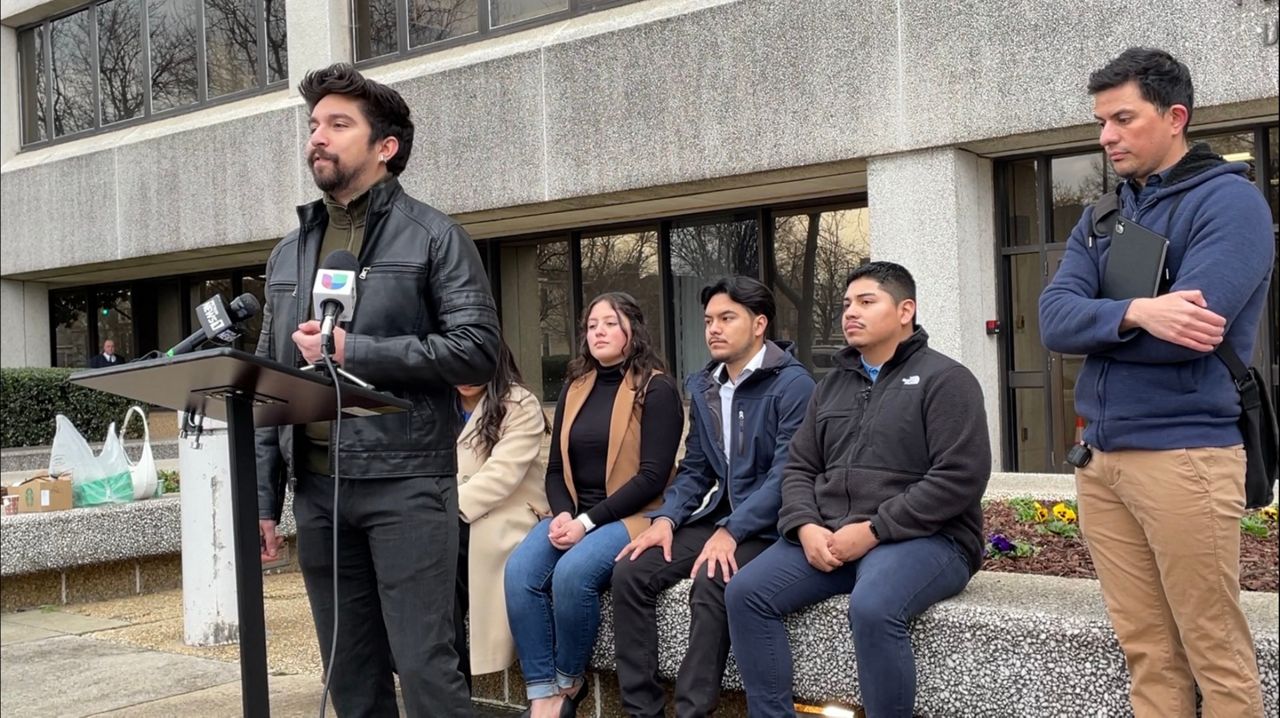 RALEIGH, N.C. — Jesus Escobar carries a sense of pride with every accomplishment, especially considering each challenge he has faced.

The U.S. Senate would need 60 votes to move the bill forward

“Learning to speak English, learning a lot to be an American here," Escobar said. "I can say that I was brought up in a very humble beginning. We moved from apartment to apartment here.”

The son of immigrants, Escobar has worked hard to make his family proud.

He’s currently enrolled at Wake Tech to become a dental hygienist and says he wants to make a difference in his community.

“I know that I will make my mother proud, who’s protecting me from heaven, and who’s looking down on me," Escobar said. "Saying she’s very proud of me that I’m passionate about something and want my voice to be heard and overall just to be successful.”

While Escobar has worked on a number of difficult assignments this semester, none compares to the speech he’s written.

Escobar is a DACA recipient and was chosen to speak with six other guests outside Sen. Thom Tillis’ office about passing a bill that could make a pathway to citizenship for him and his fellow DACA recipients.

“I know that I can speak for all of the dreamers who are recipients as well that becoming a citizen is our big dream," Escobar said. "Our big, happy dream that we want.”

Speaking in front of a crowd of immigrants and dreamers, Escobar pled his case to Tillis that citizenship could change his life.

“Because of being a DACA recipient, I’m not able to receive a license to work as a dental hygienist, because I need to either obtain a green card or become a citizen," Escobar said. "That discourages me, but I also pick myself up, because I’m here to fight a good battle and obtain that license, and I will fight in any possible way.”

Escobar says he hopes the messages from his fellow dreamers make an impact on any potential legislation.

“We’re here to be just like anybody else and have the same opportunities like their ancestors had when they came here," Escobar said. "They had a dream, and I also have a dream as well.”