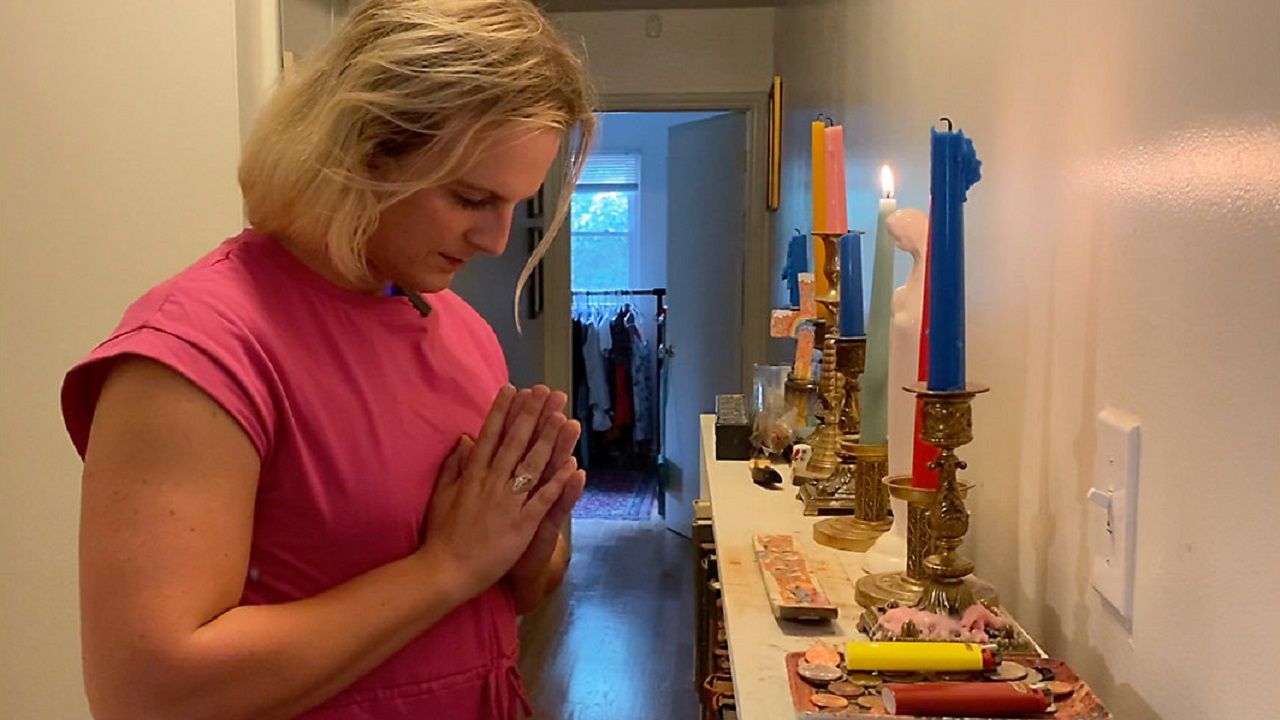 DURHAM, N.C. — Coming home every day, Wilhelmina Indermaur​ uses holy water to protect herself. The Virgin Mary, she says, also providing a welcoming embrace as the teacher struggles to find acceptance in her community.

A Durham woman describes herself as a devout Catholic

"I feel like I have to explain myself a lot in the world constantly, whether it's in person, on social media, going to the grocery store. I'm always kind of on high alert, but with her I feel like I don't have to be. She's known me since before I was conceived," Indermaur said.

Indermaur​​ is both a devoted Catholic and a trans woman beginning her transition with hormones in 2019.

"I very vividly remember being in preschool, being 4 years old and thinking that I was a girl," she said.

As Indermaur​​'s identity shifted, her faith was unrelenting.

"In college, I was very close to the priest at the Catholic church I attended. I never really felt wounded by the church really until this incident," Indermaur said.

Indermaur​ was hired by a local family to be an aid for their disabled child who goes to Immaculata Catholic School in Durham. She's been going to the church for years and has worked as a nanny for kids at the school.

However, months later, the family told her the school and church had an emergency meeting.

"The priest and school administration met with the parents and informed them I would not be able to work on Immaculata's campus because I'm transgender. I cried a lot. I prayed, I screamed, I slept a lot. I felt, I felt thrown away," she said.

As Indermaur now looks for a new full-time job where she is accepted, she asks for understanding. ​

Spectrum News 1 reached out to Immaculata Catholic School for comment and did not hear back in time for this report.

Indermaur said she met with a member of the City of Durham's human relations commission and has been advised to take legal action, which she is still considering.