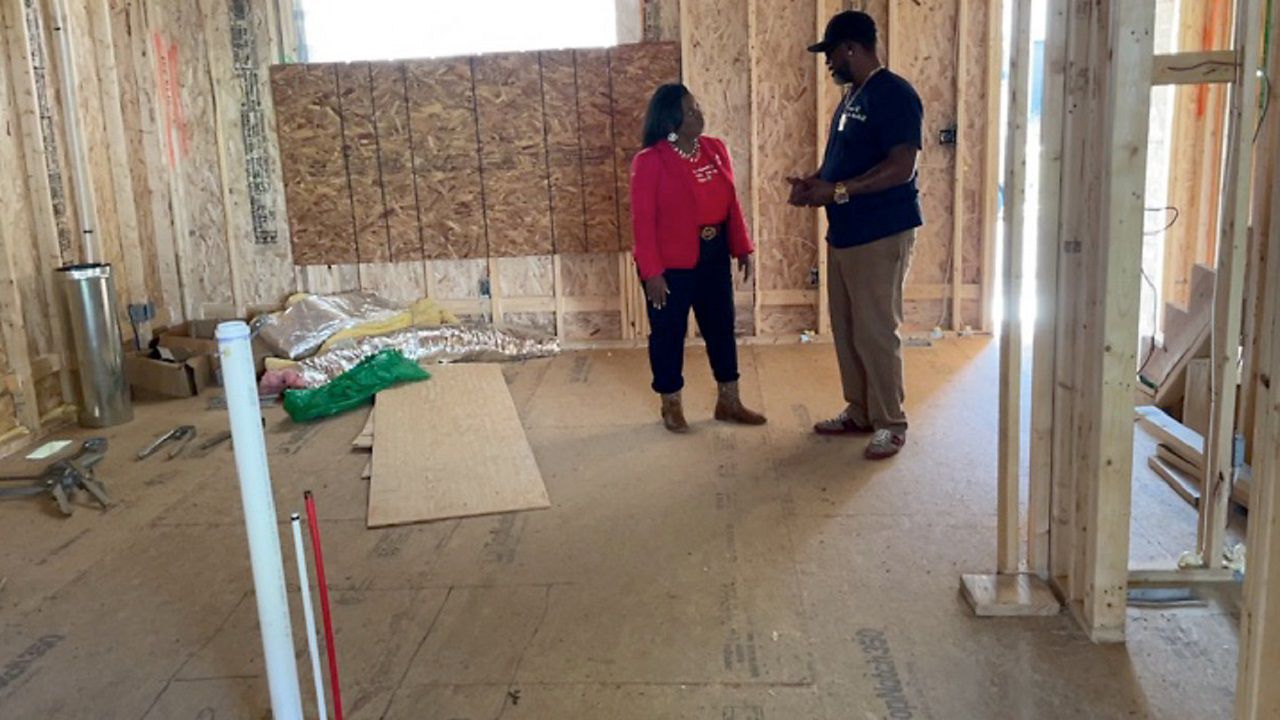 RALEIGH, N.C. — A North Carolina woman is working to break gender barriers in a field dominated by men.

Chris Pugh Builders Academy has a course teaching people, especially women, what it takes to become a licensed general contractor

According to Zippia, only 9.4% of general contractors are women

The goal is to help more women become general contractors in a housing market where there are more sellers than buyers.

Tammie Harris is studying to become a licensed general contractor in a field with few women.

“It’s time, it’s enough room for everyone, and I think women have the ability and talents as well to present that,” she added.

Harris is the first woman to complete the six-month program at Chris Pugh Builders Academy. It's a course that teaches people, like Harris, what it takes to become a sought-after custom-home builder.

During the process, Pugh takes his students to sites where construction is just getting started or halfway complete.

“We look at the tell-tale signs of what you look for at every phase so by the six-month course you’ve seen the entire build process. It might be several different locations, but you’ve seen every phase of the construction process," Pugh said.

Pugh also takes his students to sites where construction is almost finished. The goal is to teach students, like Harris, how to start and complete a project so that when she becomes a general contractor, Harris can make a difference in her field.

According to Zippia, only 9.4% of general contractors are women. More than 90% are men. After Harris completed the Chris Pugh Builder’s Academy course, six other women followed.

“Being the first woman to complete this course with Chris Pugh Builders was just so extraordinary and exciting, because I’ve been in real estate for a long time, but I wanted to go to another place in real estate, and construction was that for me,” Harris said.

Next, Harris plans to take her North Carolina General Contractor Exam on July 21. She wants to build homes in underserved communities in Raleigh.