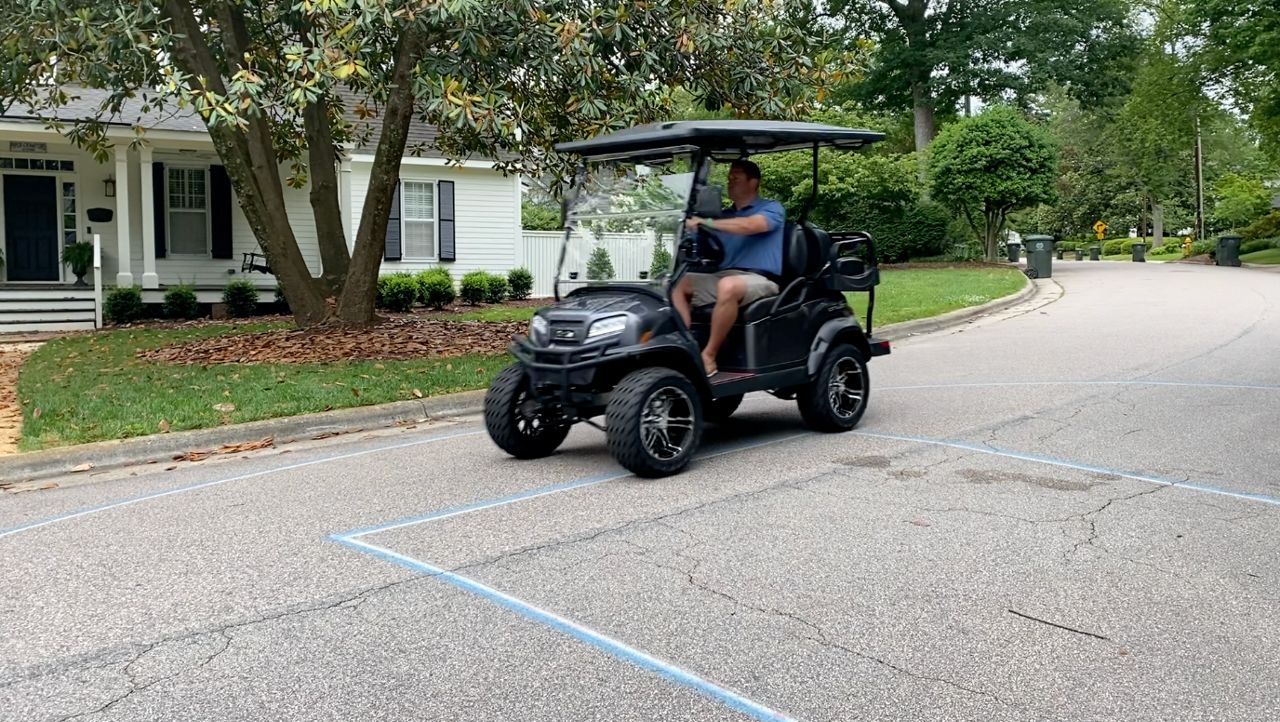 From the grocery store to the car pool line, Graham Day relies on his golf cart to get around downtown Raleigh.

North Carolina is the fifth most popular state for people looking to buy a golf cart, according to Club Car

Day is a father of two and purchased a Club Car brand golf cart about a year ago.

“It’s been great to drive around the neighborhood, run errands, pick the kids up from school,” Day said.

Besides being convenient, it’s been a benefit to saving money at the pump.

Gas in North Carolina is toppling record highs, with prices per gallon rising to more than a $1.60 from a year ago, according to AAA.

“I haven’t done the calculation on how much I’ve saved being this is an electric vehicle versus a car that runs on gas, as inflation has crept up and gas prices crept up, it’s definitely made driving this and utilizing an electric vehicle a much greater benefit for sure,” Day said.

Street legal golf carts can be driven on roads that have a speed limit of 35 miles per hour or less in North Carolina, and they also must be electric and fully equipped with headlights, a blinker, break lights and a seatbelt.

“Over the last couple of years, the speed limits in the City of Raleigh have gone down, so it’s made it a lot more accessible for low-speed vehicles like golf carts to get around town,” Day said.

He said his Club Car can get about 20 miles on a full charge.

“There is not a lot of maintenance, making sure the tires are filled up with air, keeping it clean, the batteries last for quite a long time,” Day said.

On average, a battery can last up to seven years before needing to be replaced on an electric golf cart.

The Day family is not the only one turning to low-speed electric vehicles. North Carolina is the fifth most popular state for people looking to buy a golf cart, according to Club Car.

Golf cart drivers must have a valid North Carolina driver’s license in order to operate a golf cart on the roadways.